Steven Gerrard has made a fine start at Aston Villa. Now, he returns to the club where he became a legend.

When Steven Gerrard was appointed Aston Villa boss at the start of November, there was one fixture fans, pundits and, possibly even Gerrard himself, will have immediately looked for.

Villa visit Liverpool on Saturday, as Gerrard makes his first managerial return to the club where he became a legend.

Gerrard won the Champions League, two FA Cups, three EFL Cups, the UEFA Cup and a European Super Cup across his Liverpool career. The Premier League title, of course, evaded him. His tally of 710 games in all competitions is the third-most in the club's history.

A first league title of his career did arrive last season, as manager of Rangers, who ended Celtic's quest for a 10th successive Scottish Premiership title.

Now, Gerrard heads back to his former stomping ground on the back of an impressive start with Villa. He has won three of his four matches in charge, losing only to Liverpool's title rivals Manchester City.

But history is not on Gerrard's side when it comes to former Liverpool greats going up against their former side at Anfield.

Ex-players managing against the Reds at Anfield in the Premier League have lost 14 of their last 16 visits (W1 D1), with the last win coming in 2003. Will Gerrard be able to buck that trend? 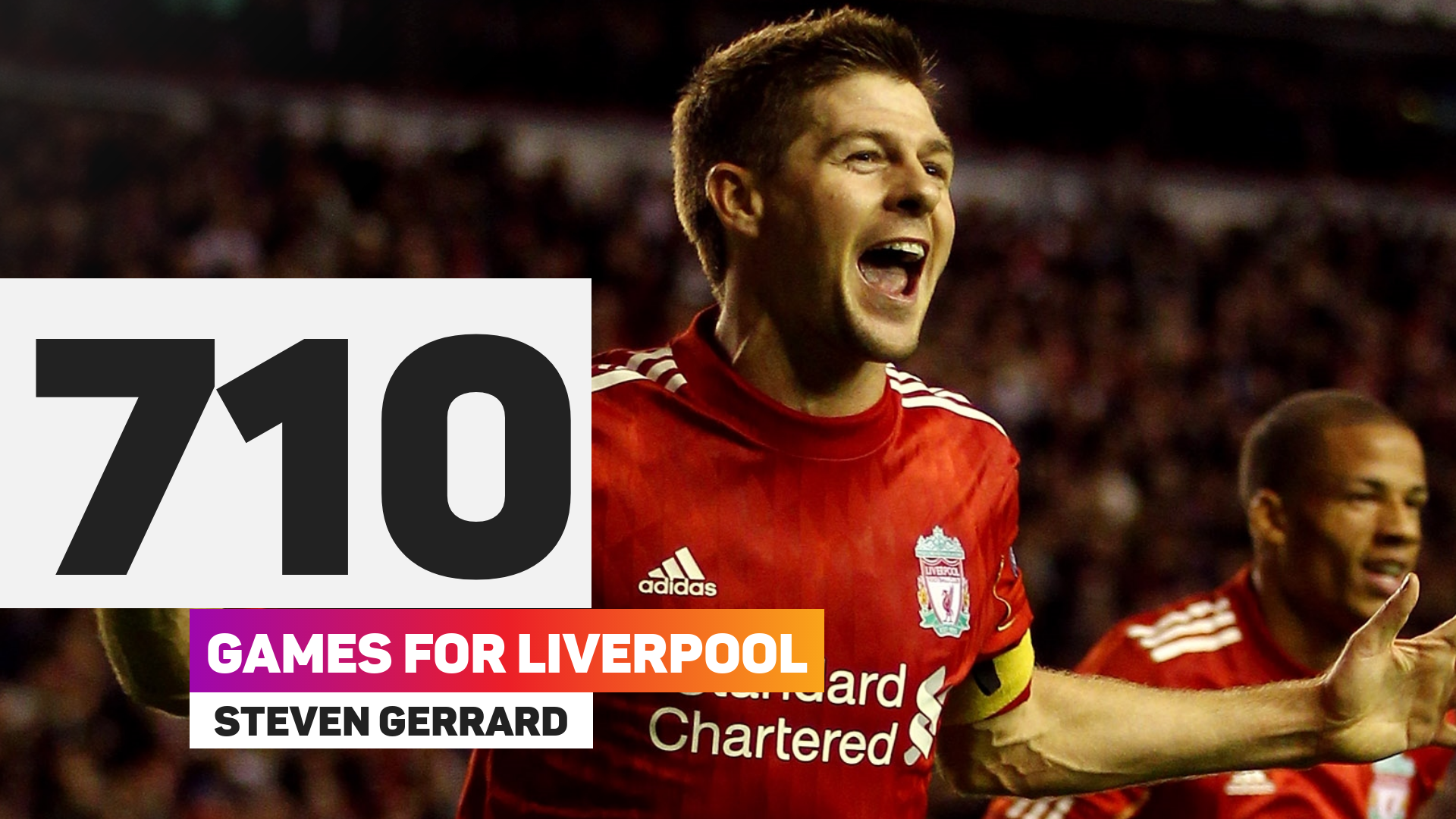 Return of the king(s)

Those three club legends visited Anfield on 18 occasions in the Premier League, across a span of 16 years from 1992 to 2008. Between them, the trio managed just three wins.

Souness did not claim any victories from six trips back, across spells with Southampton, Newcastle United and Blackburn Rovers. Indeed, five defeats and one draw (one point from a possible 18) makes his record the poorest of the three. His worst result was a 4-0 defeat with Blackburn in 2004.

Keegan also lost on five occasions at Anfield in the Premier League, but did claim two wins as well, guiding Newcastle to a 2-0 success in 1993-94 and earning a 2-1 triumph with Manchester City in May 2003.

However, Keegan's most memorable return to his former club was a defeat. In April 1996, with Newcastle fighting Alex Ferguson's Manchester United for the title, they went down 4-3 in a Premier League classic.

Stan Collymore scored a famous stoppage-time winner to deal an ultimately fatal blow to Newcastle's title challenge – the Magpies having squandered the 10-point lead they held at Christmas.

Just under a year before, in May 1995, 'King' Kenny Dalglish took his Blackburn side to Anfield needing a win to guarantee the Premier League crown. They were also going up against United in the title tussle.

Liverpool had little to play for. They were already sure of a European place and a victory would mean United could win the title by beating West Ham.

"The only thing in our minds that afternoon, though, was winning the game," ex-Liverpool midfielder Jamie Redknapp told the Reds' website. "We're professionals and we want to win every game we play."

Liverpool did indeed inflict a 2-1 defeat on their former player-manager, who won three First Division titles in his first spell at the club, with Redknapp scoring a stunning winner.

"It was one of the strangest moments of my life on a football field," Redknapp said. Fortunately for Dalglish, Blackburn and Liverpool's fans, the Reds' win did not hand United the title, with Ferguson's team only able to draw with the Hammers.

That loss was one of four Dalglish suffered at Anfield as an opposition manager. He claimed one win, in 1993.

Remarkably, Dalglish took Newcastle to Anfield in the 1996-97 season and, just under a year on from Keegan's famous defeat on Merseyside, the Magpies again lost 4-3. Steve McManaman, Robbie Fowler and Patrik Berger got the goals for Liverpool.

The new kid on the block

Gerrard will have to ignore the history books heading into this one, but he should not head to Anfield with in fear.

Villa have made an impressive start under their new manager. Across their four league games under Gerrard, they have scored 7 goals, with only four teams (Liverpool, Manchester City, Watford and Chelsea) netting more in that time.

They may have only created 34 chances, ranking them 12th in the league, but their nine opportunities crafted from set-pieces during Gerrard's first few weeks puts them second in the competition behind Watford (12). 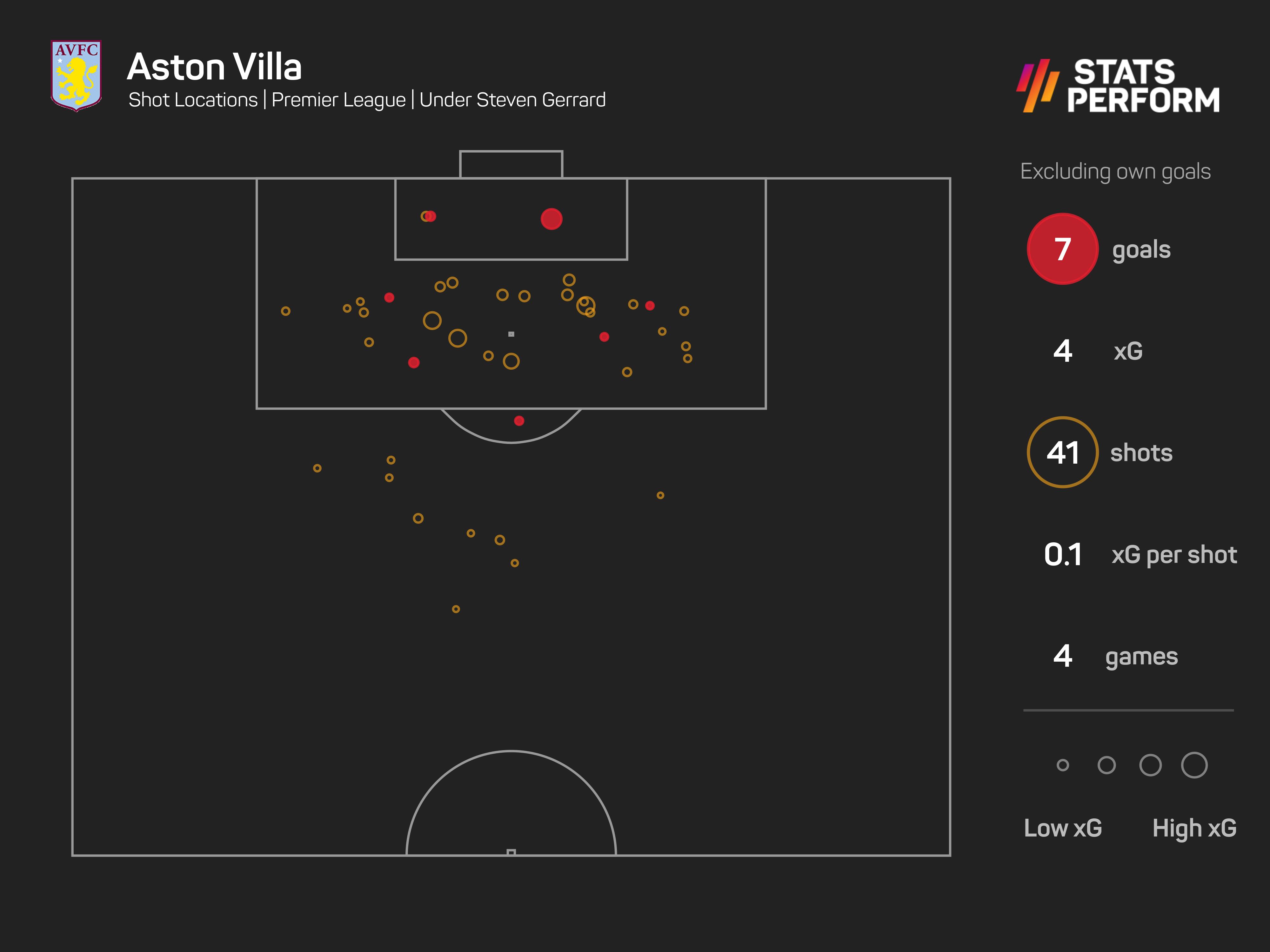 That average of 2.25 chances from set-pieces per game under Gerrard is an improvement on the 1.6 each match across Dean Smith's his 10 Premier League games in charge this term, while the new-look Villa have also managed seven shots from set-piece situations already, the joint-most in the league.

Villa's defending has also improved. Whereas the Villans' defence was the third-poorest in the competition throughout the opening 10 top-flight matches (19 conceded), Gerrard's side have only let in four goals.

While Liverpool are in excellent form – even if they did only snatch a 1-0 win in the dying embers against Wolves – Gerrard can return with confidence.

And given he is often cited as a Liverpool manager in the making, this could be the first of several auditions for the Anfield hot seat.