Klopp will not forget 'fantastic season' regardless of title race outcome

Liverpool need Manchester City to drop points if they are to win the Premier League, but Jurgen Klopp is relaxed about the outcome.

Jurgen Klopp insists Liverpool must not be disappointed in the 2021-22 season if they fail to win the Premier League.

The Reds head into the final day of the season just a point behind leaders City, who face Aston Villa, managed by Liverpool great Steven Gerrard, in their last game.

Liverpool take on Wolves at Anfield, in a repeat of the final fixture of the 2018-19 season, when the title race also went down to the wire. On that occasion, a victory for the Reds was not enough, as they lost out by a single point to City, who won at Brighton and Hove Albion.

Even though history could repeat itself, Klopp – who like in 2019, has a Champions League final to look forward to – believes it has been an incredible campaign.

Liverpool's title defence floundered in 2020-21 but they have returned to the top in style this season, winning both the EFL Cup and FA Cup.

Speaking in a news conference on Friday, Klopp said: "After that game [Wolves in 2019] I was fine with the situation.

"I remember walking on the lap of honour next to Trent [Alexander-Arnold]. We both had a smile on our faces because it was a great season.

"Whatever happens on Sunday, I will not forget that it has been an absolutely fantastic season." 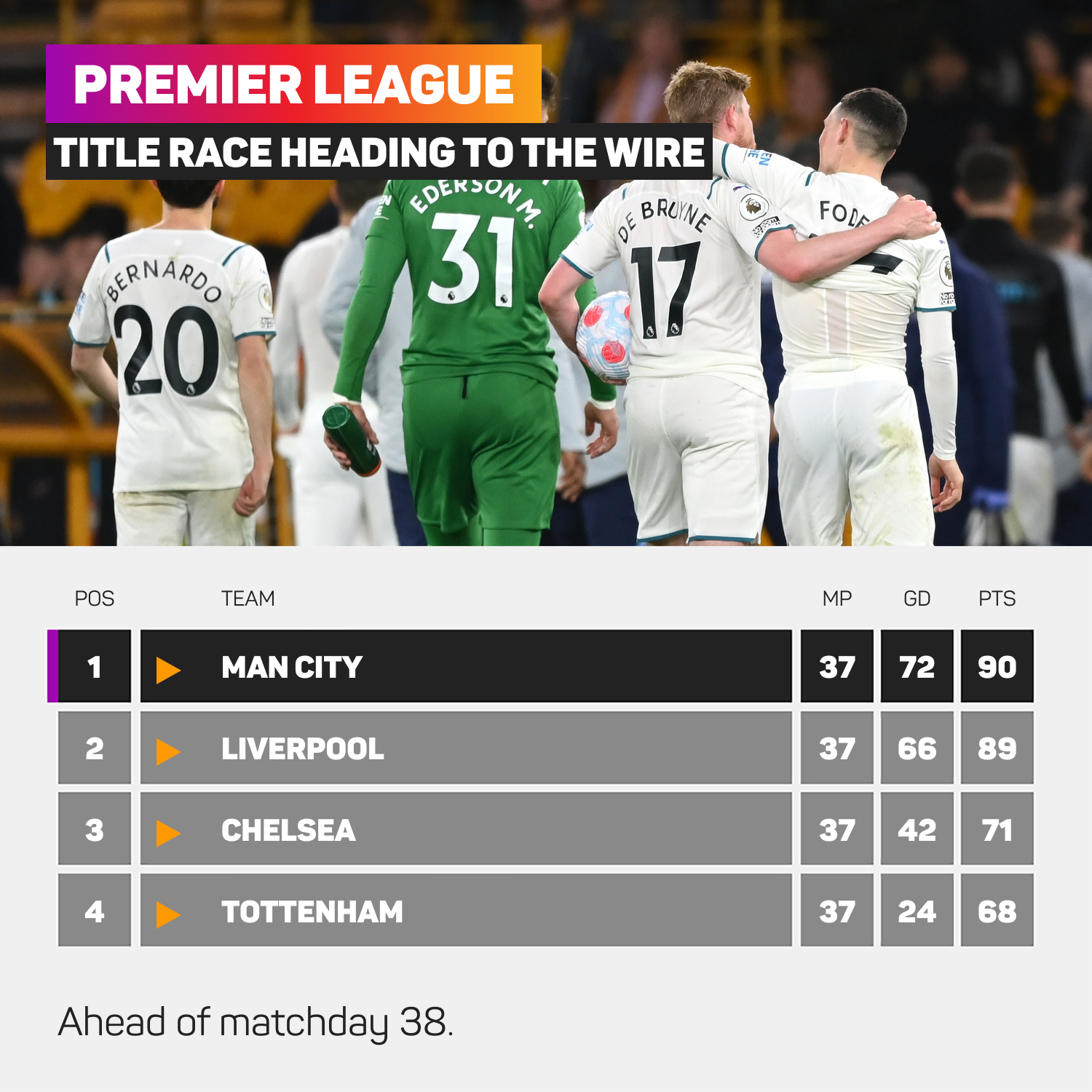 Klopp also believes that if City do pip Liverpool to the post once again, it will only spur his side onto more success in the future.

"The biggest defeats in my life have led to the biggest successes in my life, wherever I was," he added. "Whether it was Mainz or whatever, it's a little bit like this.

"Even if we don't win the Champions League final, I learned at Mainz when we didn't get promoted and we arrived back and thought it'd be really sad but we had 20,000 people waiting for us.

"We had to go on stage the day after we lost our dream of going to the Bundesliga. That was the moment we realised it was OK and if they think it was fine then we can go from here.

"Yes, we have the best opponent in world football, which is a bit of a shame, but they have us in their neck, which is not too cool as well. So let's see."