Jurgen Klopp and Pep Guardiola will go down as two of the very best managers, with their rivalry hailed as "incredible" by Albert Riera.

Guardiola's Manchester City lead the way by a point in the Premier League after their draw with Klopp's Liverpool at the Etihad Stadium on Sunday.

It was a repeat of the scoreline from the reverse fixture earlier this season, and is the first time since 2012-13 that they have shared two draws in one league campaign.

The teams will meet again in the FA Cup semi-finals and Riera, who played for both clubs, is fascinated by the rivalry and the skills of both managers.

"If I ask you what you consider playing well, one coach will answer one way and another in another way," Riera told Stats Perform.

"One may say that if he wins, he plays well. Another will tell you to start from behind and reach the striker without the opponent touching the ball, but if you lose, that is not valid either.

"This is the beauty of football, if there was a system that guarantees us to win, we would all play the same.

"They are obviously two of the best and [two of] those who motivate you. I like to see how they work." 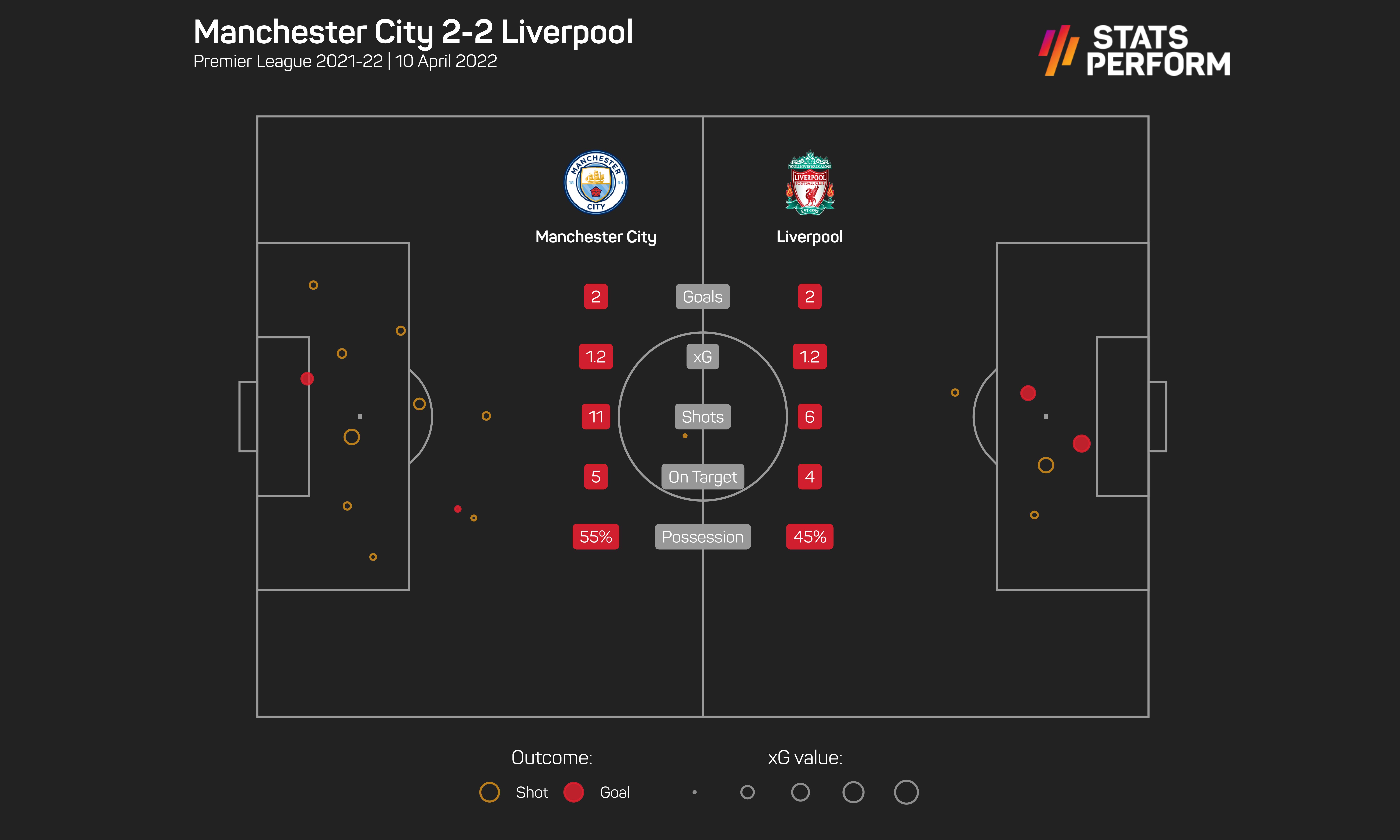 He added: "For the spectators and those of us who watch it from the outside, it's incredible to be able to see a game like this.

"I think we all know the way City play, wanting to defend with possession of the ball and even against an aggressive team like Liverpool who want to get the ball back, but this time it cost them, because City want it at all costs.

"On the other hand, Liverpool's transitions are spectacular. You can't see many teams where the two full-backs reach the attack, that's something very difficult to see."

Riera also believes that, with City and Liverpool acting as the driving forces in recent seasons, the Premier League is the most intense competition in world football.

"At the rhythm level, the Premier League is unmatched with other leagues," Riera continued. "In England, the 90 or 95 minutes that the game lasts is [played] at full speed.

"Obviously Liverpool and Manchester City are at an impressive level, and it is difficult to see that Brentford or Burnley can beat them. But I have the memory that anyone can beat anyone [in the Premier League] because they are not afraid, and they go out on the field to attack.

"This is the most beautiful [league]."

Liverpool are now winless in five league matches against City (three draws, two defeats), but are bidding to reach a first FA Cup final since 2012 when they go head-to-head again on Saturday.

8 - Man City manager Pep Guardiola has lost more matches in all competitions against Liverpool boss Jürgen Klopp than versus any other manager (8), while Klopp has only lost as many matches against Felix Magath (8) in his managerial career as he has against Guardiola. Foes. pic.twitter.com/LIklb30aJ7