Juventus were unable to hold onto a lead given to them by Dusan Vlahovic as Roma hit back through Tammy Abraham in Saturday's 1-1 draw.

Tammy Abraham turned in a goal assisted by Paulo Dybala as Roma battled to a 1-1 draw at Juventus to leave both sides unbeaten after three Serie A matches.

Roma had won their first two games without conceding but were behind to a sublime Dusan Vlahovic free-kick after just 76 seconds – the forward's fastest strike in the competition.

After being held to a 0-0 draw by Sampdoria last time out, Juve looked far brighter in an attacking sense and had a second goal through Manuel Locatelli contentiously ruled out.

Jose Mourinho's side hit back in the second half when former Juve player Dybala's attempt at goal turned into an assist for Abraham, meaning the points were shared in Turin. 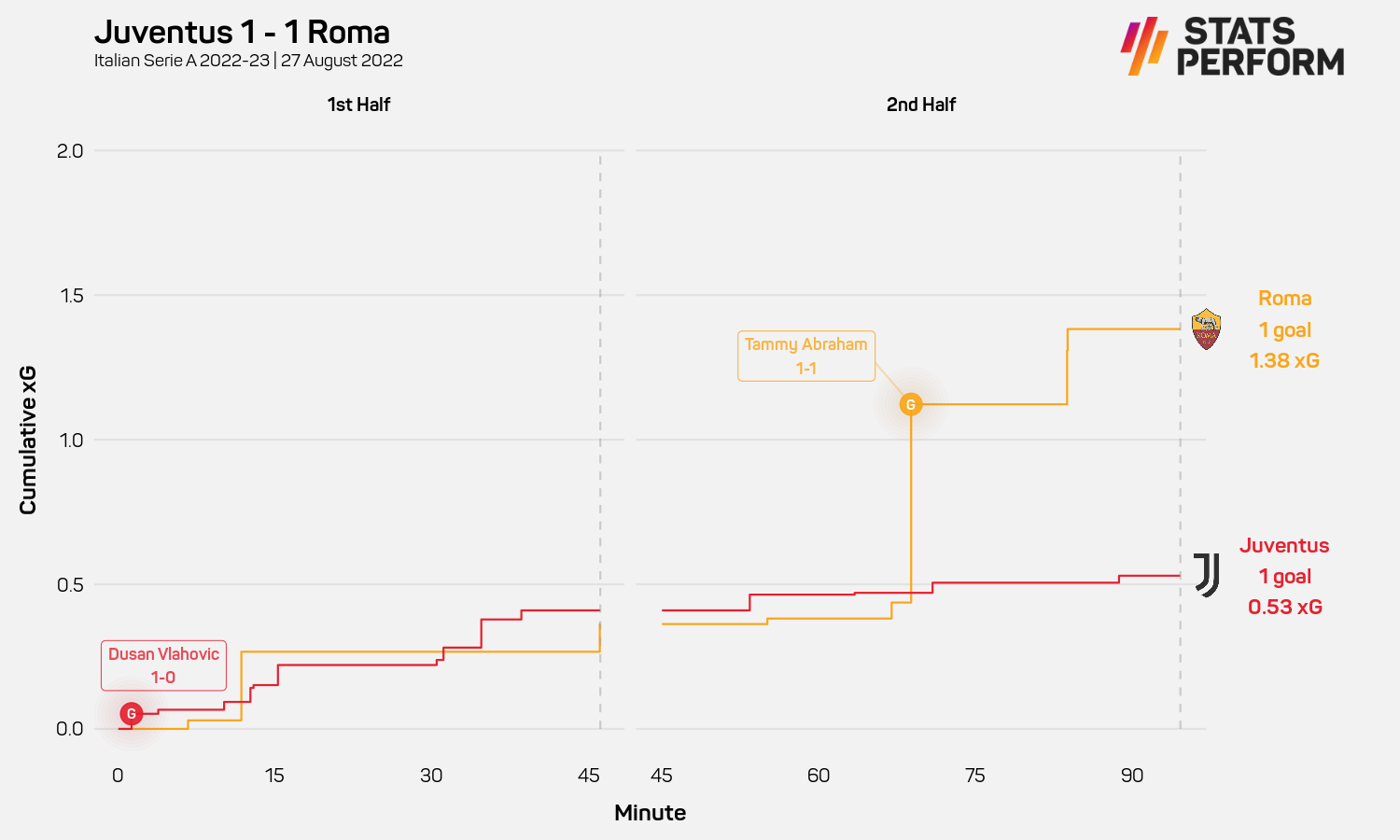 Vlahovic managed just eight touches of the ball in last week's stalemate with Sampdoria but required just one touch to fire Juve in front against Roma.

The Serbia international left Rui Patricio stranded to the spot with a 25-yard free-kick that he lifted over the wall and into the back of the net via the underside of the crossbar.

Locatelli thought he had doubled Juve's lead when firing in a first-time effort from outside the box, but VAR ruled it out due to a perceived handball from Vlahovic in the build-up.

That proved a big moment in the match as Abraham levelled up for Roma with 69 minutes played after heading in Dybala's miscued acrobatic volley from six yards out.

Dybala was met with a mixture of jeers and cheers when substituted soon after, with neither side able to find a winner in the remainder of the contest.