'It's most important for Barcelona to continue building under Xavi', says Luis Garcia

Barcelona's thumping Clasico victory over Real Madrid came as a surprise to many, but not former player Luis Garcia.

The rejuvenated Blaugrana ran riot at the Santiago Bernabeu before the international break, Pierre-Emerick Aubameyang scoring twice in a 4-0 rout.

Barca continued their resurgence under Xavi, whose side are now unbeaten after 90 minutes in 20 matches across all competitions.

Meanwhile, a fifth straight league win moved them to within 12 points of Madrid with a game in hand on the runaway leaders.

Garcia spent a total of 13 years at the Camp Nou across two spells, scoring eight times in 39 appearances before going on to win the Champions League during a three-year stint with Liverpool. 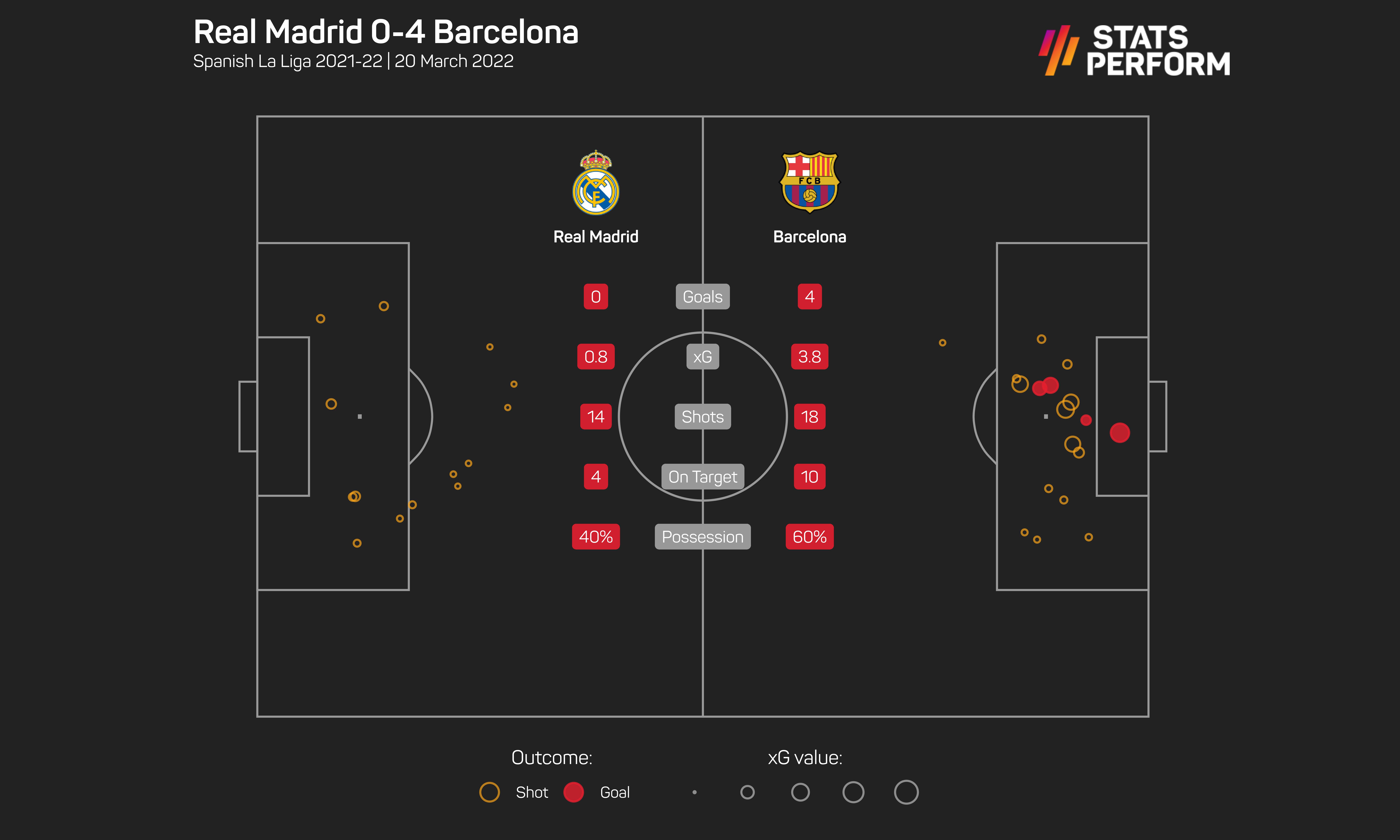 Although he believes a late LaLiga title challenge may be ambitious, the former Spain international is thrilled with the strides his former club are making and insists that continued progress should be the priority.

Speaking exclusively to Stats Perform, Garcia said of the Clasico victory: "I was expecting something like this to happen.

"It was a great game, and we have all seen how Barcelona has changed in recent months.

"And when you look at Xavi's bench, you can see that it has options for different situations.

"Several things could happen in that game, but people could expect what happened, maybe not such a big result, but a victory for Barcelona.

"I think [the fight for the title] is complicated and in the end, Madrid is Madrid, and it has a history that shows that in difficult times, it always appears.

"For Barcelona, the most important thing is to continue building this new project and for people to get hooked on this new rebirth with Xavi hand in hand, and with players who want to enjoy Barcelona's philosophy."