Gareth Bale is eager to remind Real Madrid supporters of his prowess before bidding farewell at the end of the season, says Carlo Ancelotti.

Carlo Ancelotti wants Gareth Bale to leave Real Madrid in a blaze of glory rather than with his reputation sullied, hailing the Welsh winger as a history maker.

Bale was a €100million (£85.3m) signing from Tottenham nine years ago during Ancelotti's first stint as Los Blancos coach, and with Cristiano Ronaldo and Karim Benzema he formed part of a thrilling front three.

The 32-year-old has already won the Champions League four times in Madrid, as well as two LaLiga titles, but in recent seasons Bale has been nudged towards the fringes of the squad.

Injuries have been a factor, and while Bale has been reliably brilliant for the Wales national team, opportunities in Madrid have become sporadic. He spent last season on loan at Tottenham.

His contract expires at the end of June, and Bale will be moving on. This season he has faced vicious criticism in some sections of the Spanish media, recently being dubbed a "parasite" in sports daily Marca, and there has been a danger of him leaving without any fanfare, or even amid a torrent of negativity. 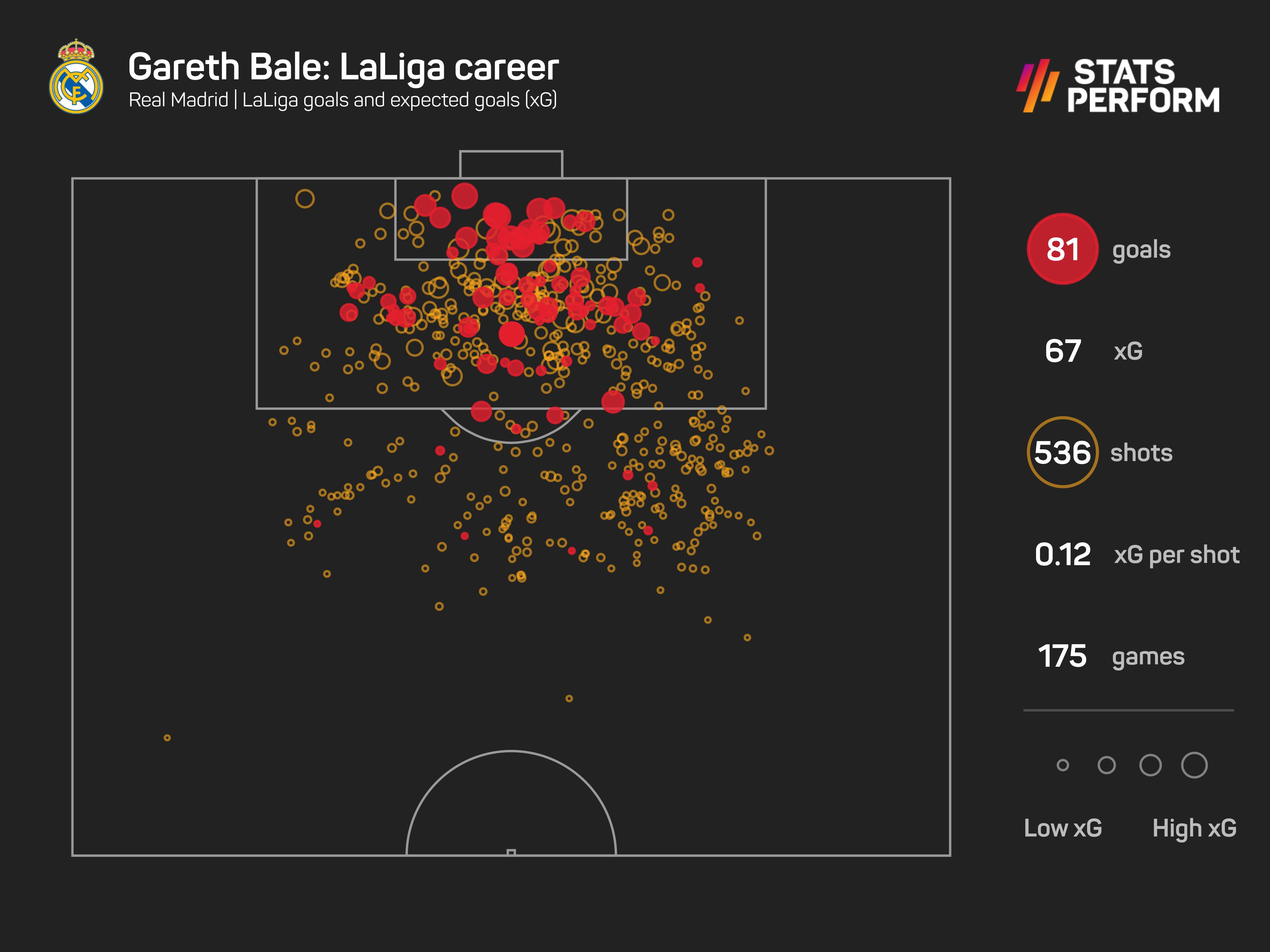 Bale did not help himself when he paraded a flag bearing the immortal slogan "Wales. Golf. Madrid. In that order" after helping his national team qualify for Euro 2020.

Yet head coach Ancelotti says Bale, who could face Getafe in LaLiga on Saturday, is worthy of respect for his achievements in Spain.

He has scored 81 goals in 175 LaLiga games for the club, and has managed five goals and two assists in eight league games against Getafe.

In the Champions League, Bale has totted up 16 goals and 12 assists in 41 starts and 16 substitute appearances. That figure includes two crucial goals in Madrid's 3-1 defeat of Liverpool in the 2018 final in Kyiv.

The most recent outing from the bench came on Wednesday, late in the day as Madrid won 3-1 at Chelsea in the first leg of their quarter-final.

Madrid could yet win a famous double in Bale's final season at the club.

"Gareth Bale is fit right now. I'm sure he wants to show it here at Real Madrid," said Ancelotti. "It would be deserved and right for him to bid farewell to the Bernabeu.

"He expects confidence in him from us. He wants to finish his career at Real Madrid on a high note. We will see how it goes.

"He has already made history at Real Madrid with his games, his goals and his triumphs. He's a very respected player, and we want the best for him."