Manchester City star Jack Grealish concedes his move to the Etihad Stadium has been an eye-opener.

Jack Grealish admits adapting to life at Manchester City has been "so much more difficult than I thought" and accepts the pressure that comes with his £100million price tag.

Attacking midfielder Grealish has yet to properly hit top form for the Premier League champions since his bumper move from Aston Villa in the last transfer window.

So far, Grealish has contributed three goals, three assists and created 44 chances for his team-mates across 20 appearances in all competitions.

The spotlight was on Grealish and team-mate Phil Foden when the duo were pictured leaving a nightclub following City's 7-0 hammering of Leeds United, with the club said to have been unhappy with their condition when they turned up for a recovery session the following day.

That saw both players miss out in the 4-0 rout of Newcastle United, though they could be back when Pep Guardiola's side host Leicester City on Boxing Day.

Speaking to Sky Sports ahead of that fixture, Grealish reflected on life at City since his move.

"I've done okay so far. I've got so much more to give. It's been so much more difficult than I thought it was going to be," he said.

"I'm still learning and adapting. I've heard some people take a year to adapt here so maybe it will be the same for me. I want to score more and set up more goals next year.

"It's crazy because the standards here are so high on and off the pitch. It's unbelievable and it's why they have been so successful over the years.

"Having a £100m price tag means when you are going through a dry patch people ask if you are worth the money - where are his goals, where are his assists? I understand that, but I have to see it as a privilege that the club wanted to spend that much money on me and I hope I can repay them with goals and trophies. 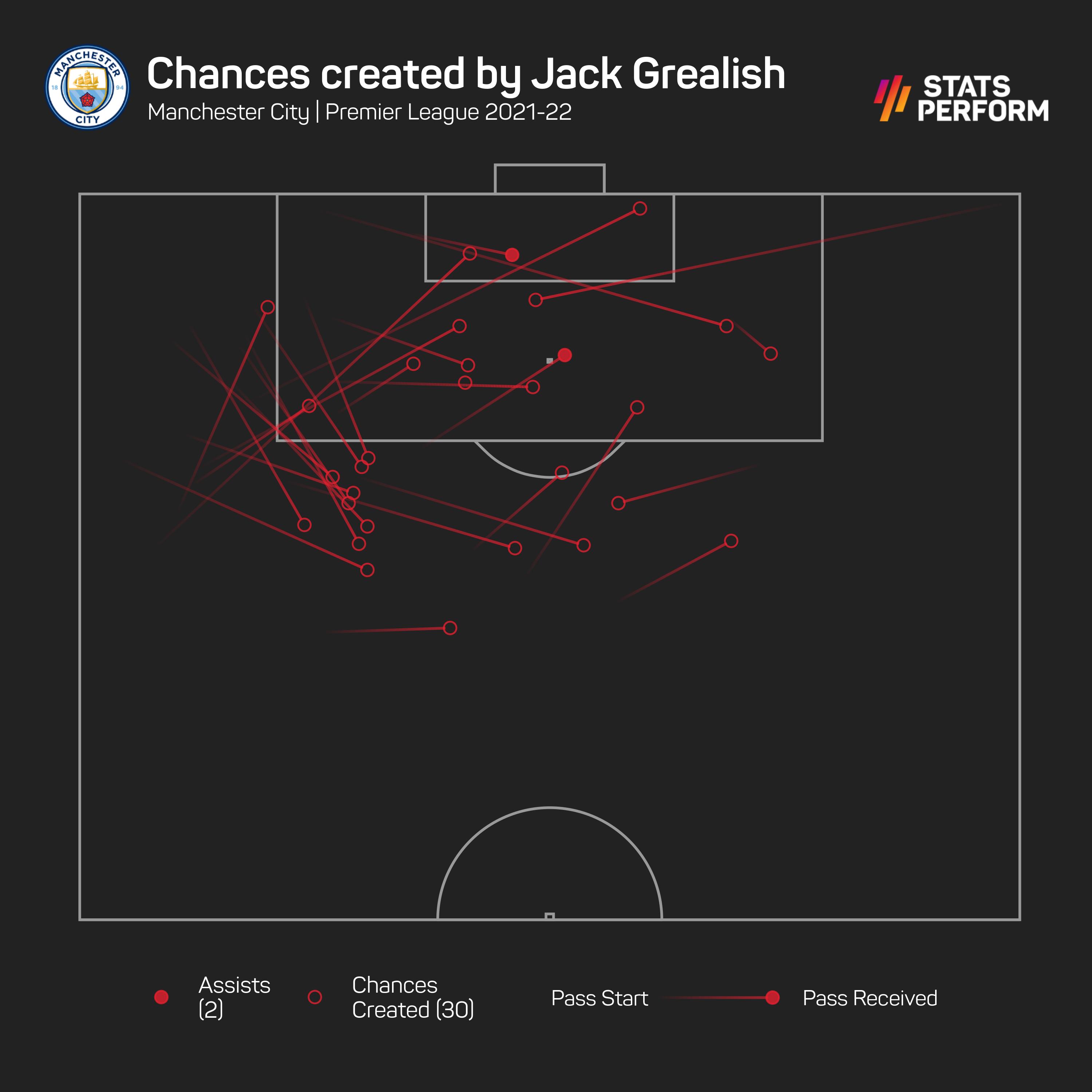 Prior to his move to City, Grealish was part of the England side that reached the final of the rescheduled Euro 2020, only to suffer penalty shoot-out heartbreak against Italy in the Wembley final.

Grealish described 2021 as the "best summer of my life" and is able to reflect back with pride on England's tournament.

"Playing for England in the summer was unbelievable. Now it's gone, I look back on memories and photos and videos and I realise just how special it was," he added.

"It was such a shame to lose on penalties, it is one of the worst ways to lose. Looking back it was definitely the best summer of my life.

"It was special for the country and the players and our families. It was a shame we couldn't go all the way, but it makes us more motivated to go all the way in the World Cup next year.

"I came here to City to try and win trophies. That's what you look at when your career ends - trophies and medals. Losing out with England has made me want to win trophies with City even more.

"We are playing some brilliant football at the moment and we are giving ourselves a really good chance of going on and winning a few trophies. That's why I came here."