Antonio Conte has seen spirit from Tottenham when chasing games recently, but the Italian is urging them to stop needing to mount comebacks.

Head coach Conte is fed up with Spurs having to chase games after conceding first, and he desperately wants their nine-game run of shipping the opening goal to be halted.

Tottenham have had some success in battling their way back into games since the trend began, but results have been a mixed bag, with only three wins achieved.

They have been left clinging to a top-four spot in the Premier League as Manchester United and Liverpool threaten to overhaul them.

The last time Tottenham scored first, they went on to beat Everton 2-0 on October 15, and Conte has challenged his players to show more defensive steel.

"For sure, it's strange, a strange situation," Conte said. "To concede the first goal for nine games in a row is very strange, but at the same time our reaction to try to level the result is good, and many times we were good to win the game.

"For sure, we have to be really focused from the start of the game, to go into the game quickly and also to pay more attention defensively, don't concede chances to our opponent to score first.

"We spoke with the players and maybe when you are going to have only games to play, many games in a row, you don't have the possibility to work on the tactical aspect and the defensive aspect, I think that you can lose something.

"But for sure it's our intention to try to avoid going 1-0 down and 2-0 down and to start the game in the best possible way." 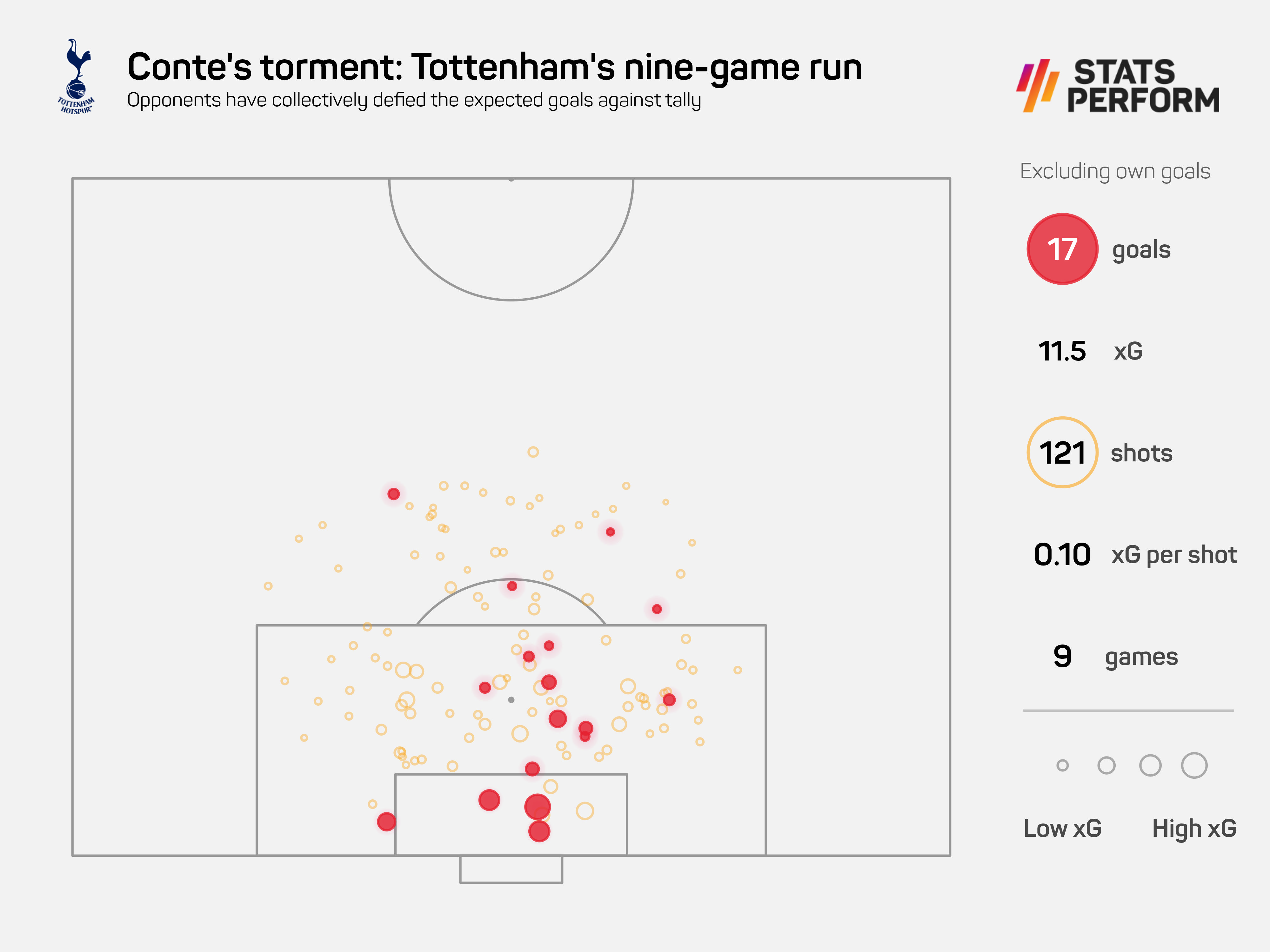 Tottenham have won seven of their past eight Premier League games on New Year's Day, with the exception being a 1-0 loss at Southampton in 2020.

Conte will hope centre-back Romero brings an injection of buoyancy to the team, having returned from Argentina's celebrations this week, but he says there will be greater expectation than ever on the defender.

Conte said Romero is showing "great focus and great desire to come back and play with us"; however, Rodrigo Bentancur and Richarlison are unavailable due to injuries sustained at the World Cup.

Bentancur is suffering with a leg muscle injury and Conte said the midfielder could undergo an MRI check on Friday.

Speaking of Romero's situation, Conte said: "He has to know very well that now starts the more difficult period for him because the expectation is going to become high for him. For this reason he has to work much more and continue to work, especially don't lose the desire to improve himself."