Chelsea overcame Real Madrid in last season's Champions League, and Thomas Tuchel's team want to prove they can do it again this season.

Thomas Tuchel is anticipating a "special" experience for Chelsea ahead of their tie against Real Madrid and the Blues rates Karim Benzema as one of the best players in the world.

The holders could become the first English team to eliminate Madrid from the knockout stages of the competition on multiple occasions.

History is certainly on Chelsea's side, with Madrid having faced the team from west London more times without winning than they have against any other side in European competition (five).

Madrid have been crowned European champions a record 13 times, and under Zinedine Zidane, won the Champions League for three straight seasons between 2015-16 and 2017-18. 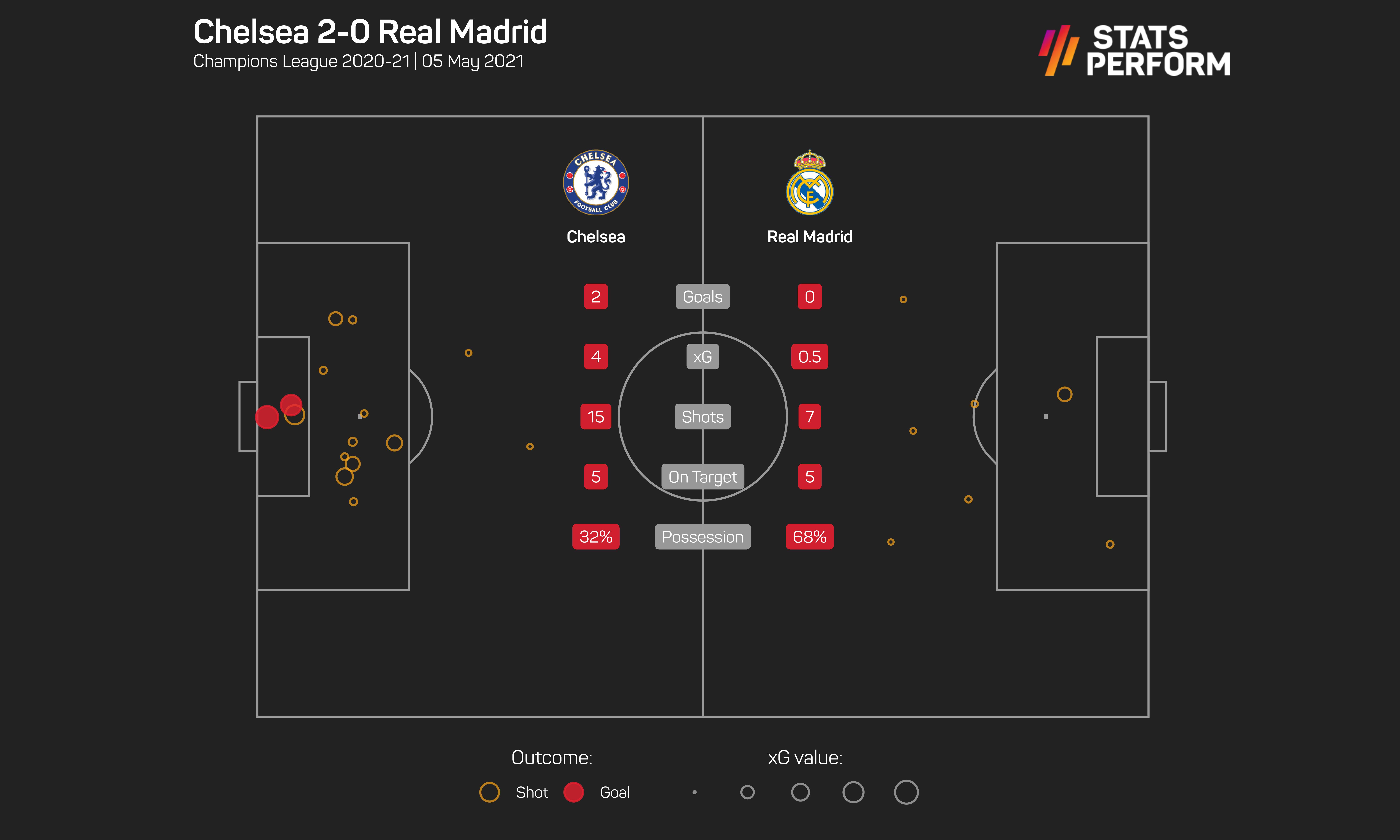 While Tuchel is relishing a memorable occasion when his side faces a heavyweight of world football, though he is confident Chelsea will not be overawed.

"It's hard to keep that record," he said of Madrid's recent failure to reach the Champions League final, which they last did in 2018 when Gareth Bale inspired them to victory over Liverpool.

"They won it three times, this competition [in a row], they did it with a very similar squad over a long period of time which is absolutely impressive, outstanding.

"I think it's normal that cycles like this change at some point, in terms of winning streaks, reaching the final, and this is what happened to them. We should be very aware that teams with this type of flair, experience and quality can produce special moments and nights and occasions.

"For us it's also a pretty special occasion – to play against Real Madrid in a quarter-final – and so that's why we feel pretty excited and we don’t lose too much sleep to think about where they are in Europe.

Asked whether last season's tie has any bearing on this month's matches, Tuchel replied: "I think it has nothing to do with last season's game. Honestly. I did not look at it in the preparation."

Benzema netted Madrid's only goal in that tie and the striker is the reason that Carlo Ancelotti's team progressed to the last eight this time around, with his hat-trick dumping Paris Saint-Germain out in the last 16.

The 34-year-old has scored eight goals in the Champions League this season, which is already his most in a single campaign. If he scores in this game, he would set a new season-best for goals by a Frenchman in the competition. 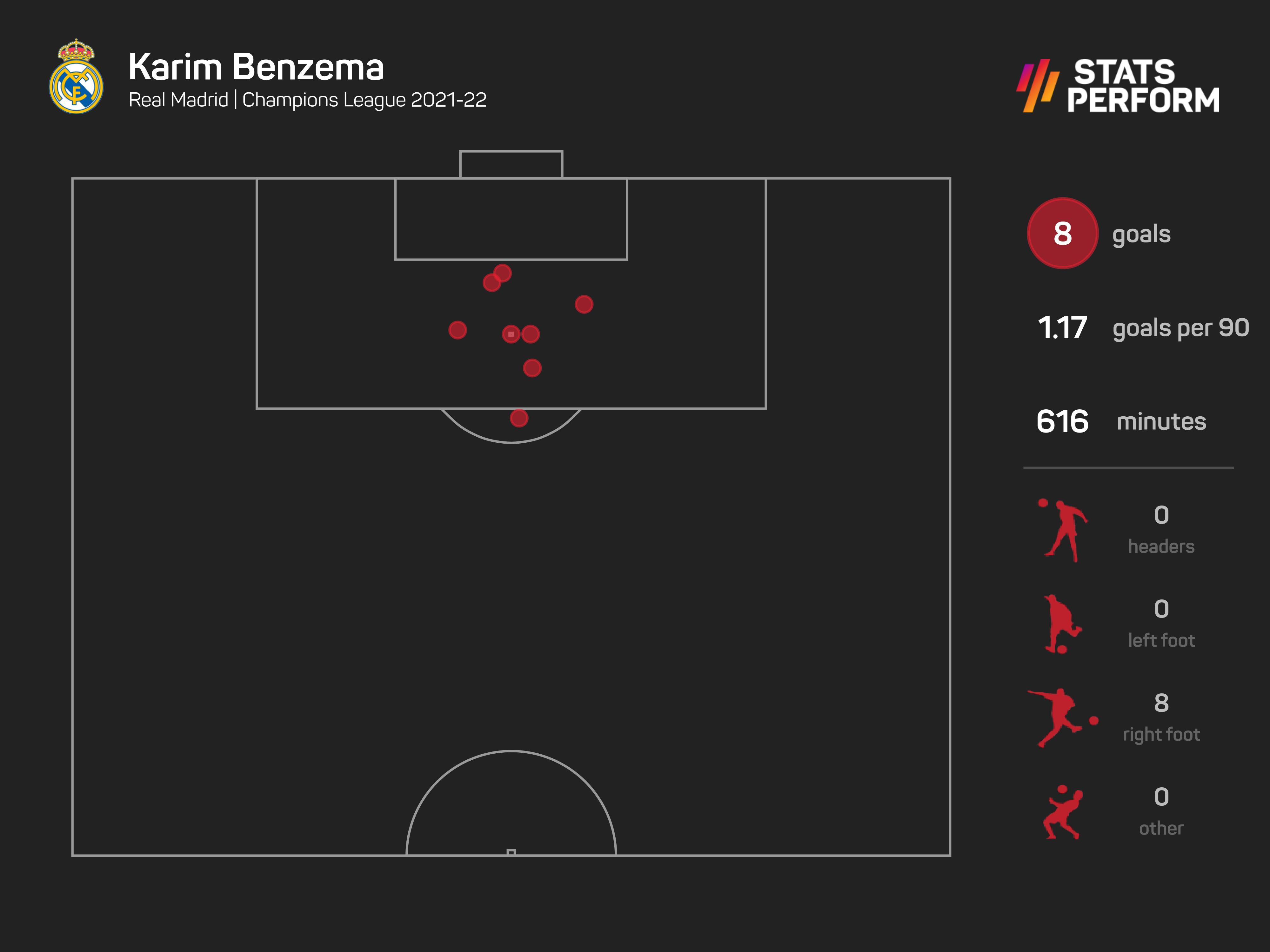 "I said maybe two years ago he was one of the most underrated players in world football," Tuchel said of Benzema.

"I think maybe not anymore, which he absolutely deserves because he plays for so many years as a number nine for Madrid, speaks for itself, and what he did in the last stage for them, how he carried the responsibility and what a key part he plays for them as a captain now, is very impressive.

"For sure a standout personality but again right now, in this very moment, very unfair to Luka Modric, Toni Kroos, Casemiro, all the guys who have carried this team so successfully almost a decade now."

Chelsea's preparations for the first leg could hardly be considered positive, given they lost 4-1 at home to Brentford on Saturday in the Premier League, and Tuchel is expecting better from not only his players, but the Stamford Bridge faithful too.

"We need it and we need to be better on the pitch. We're the first to admit it, but we need the crowd to be better. We need everybody on the front foot," he added.