'Best in the world' Kane gives Tottenham a chance even if Arsenal have derby edge, says Redknapp

Harry Redknapp thinks Arsenal have the edge heading into the north London derby, but with Harry Kane, Tottenham always have a chance.

Arsenal should be labelled as favourites in the north London derby, but Harry Redknapp says Harry Kane will always give his old team Tottenham a fighting chance.

Premier League leaders Arsenal make the short trip across the capital to face their rivals on Sunday.

A 3-0 defeat to Antonio Conte's team in the corresponding fixture last season was the start of Arsenal's capitulation in the run-in, which saw them miss out on the Champions League.

Yet Mikel Arteta's side are flying high this term and, having beat Spurs 3-1 in October, Arsenal are looking to complete their first league double over their rivals since 2013-14, which was also their last league victory away at Tottenham.

Former Spurs manager Redknapp believes Arsenal have the edge, but is confident Kane – the highest-scoring player in north London derby history with 14 goals – will take an opportunity if it comes his way.

"At the moment, you'd have to fancy Arsenal, to be honest, they look so good," Redknapp told Stats Perform.

"They're so full of confidence. I love the way they're playing. I think they've got some real quality players, but when you've got Harry Kane in your team, you've always got a chance, you've got a puncher's chance.

"They might get outplayed for long periods of a game but Kane can land a knockout blow anytime. So I wouldn't write Tottenham off by any means. I think it'll be a tight game." 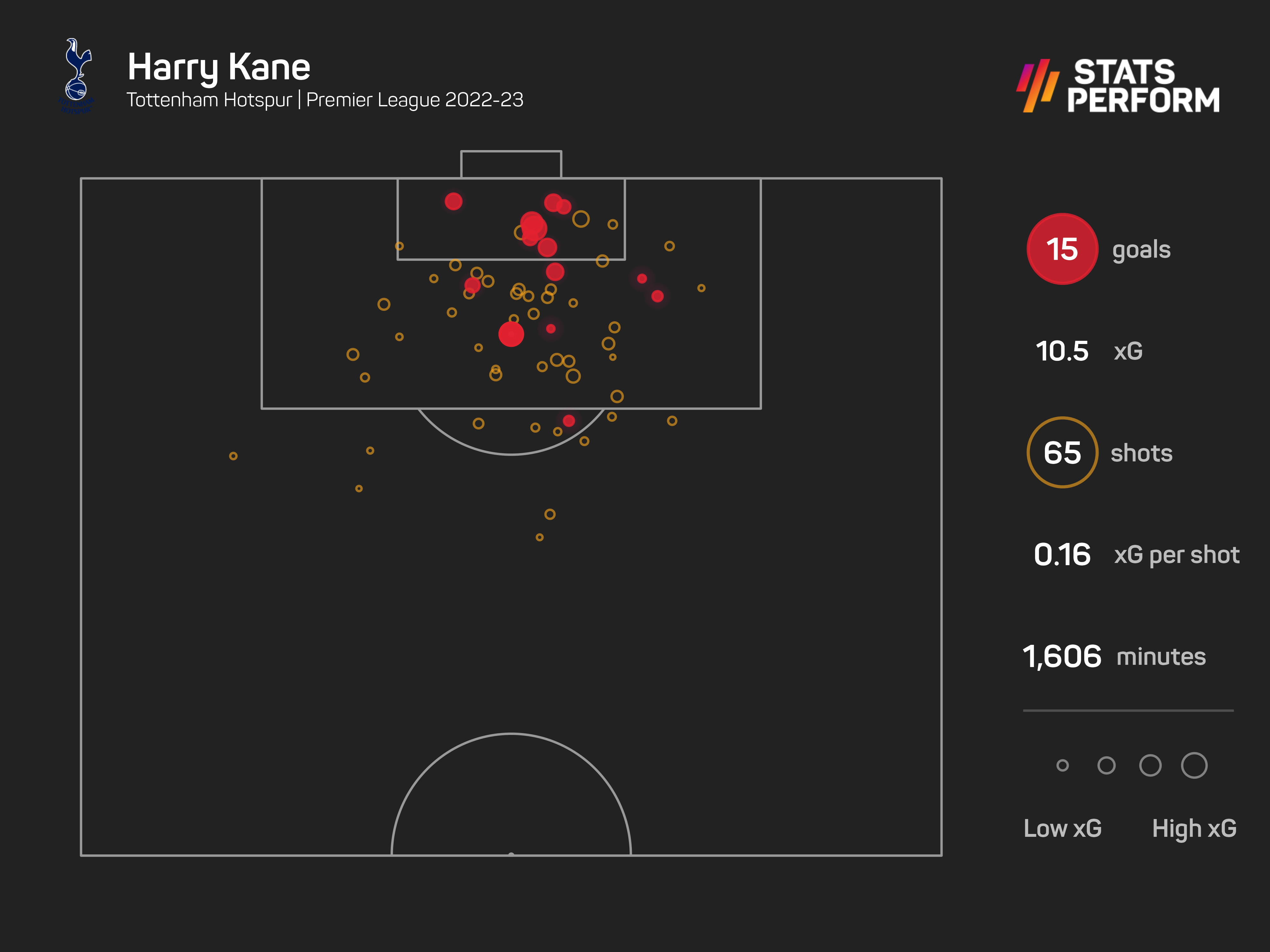 Kane has scored in all but one of his eight league home games against Arsenal, only failing to find the net in a July 2020 clash, when the competition restarted behind closed doors during the coronavirus pandemic.

The 29-year-old has scored 198 Premier League goals and is just one strike away from matching Jimmy Greaves' record of 266 goals for Tottenham.

Only Erling Haaland (21) has scored more Premier League goals than Kane (15) this season, with the Spurs talisman having far over performed his expected goals of 10.5.

Wayne Rooney (208) and Alan Shearer (260) are the only players to have scored more Premier League goals than Kane, who Redknapp believes is the cream of the crop.

"Oh without a doubt, yeah," Redknapp said when asked if Kane will break the competition's goalscoring record.

"I think he'll smash it to pieces. Harry's just an amazing player, he's the best centre forward in the world in my opinion.

"He's right up there isn't he? Shearer you know how far do you go back you know, but you know, he's up there with the very, very best isn't he?

"The great Jimmy Greaves was a different type of player, Jimmy was a fantastic footballer. Genius. But Harry is just amazing. For me, he's the best all-round centre forward, he can do everything. The complete player.

"There's nothing he doesn't do. Team player. Great guy, not a problem. Perfect professional."

The Numbers Game: Milan attempt to put January blues behind them with derby win over Inter

Serie A champions Milan have made a nightmare start to 2023, but a derby win over Inter would give them a huge lift.

Antonio Conte has been recuperating at home since undergoing a gallbladder removal, but the Tottenham boss may be back at work this weekend.

Formula One champions Red Bull have revealed their car for the 2023 season and confirmed a partnership with Ford from 2026.

Six Nations: The Breakdown – France out to lay down a marker in Rome as Scotland seek more Twickenham joy

The 2023 Six Nations begins this weekend, with France travelling to Italy, England hosting Scotland and Wales taking on Ireland.

Kylian Mbappe will miss a string of important games for Paris Saint-Germain, but Christophe Galtier believes it is just unfortunate timing.

With both clubs lagging in mid-table, the January window saw differing approaches from Liverpool and Chelsea.

Paris Saint-Germain have claimed Kylian Mbappe will be out for three weeks due to injury, but Julian Nagelsmann is not wholly convinced.