Arsenal were under new captaincy against West Ham as Alexandre Lacazette led the Gunners to victory on Wednesday.

Mikel Arteta hailed the influence of captain Alexandre Lacazette as he expressed his delight with his senior players after Arsenal's 2-0 win over West Ham.

Lacazette, who saw a second-half penalty saved by Lukasz Fabianski, wore the captain's armband on Wednesday after Pierre-Emerick Aubameyang was stripped of his captaincy the previous day following a "disciplinary breach".

Arteta's side dominated throughout and Gabriel Martinelli broke the deadlock after the interval with his seventh Premier League strike, Gabriel Jesus (16) the only Brazilian to score more times in the competition before his 21st birthday.

Substitute Emile Smith Rowe sealed the victory late on with Arsenal's 10th English top-flight goal scored by a player aged 21 or under in the 2021-22 campaign, which is more than any other side this season.

"I think they were good all of them and the senior players led by example," Arteta told reporters. "We shared the goals. It's important for Gabi [Martinelli] to score a goal like today. Everybody, I'm really pleased.

"The players play for the club and the pride that we expect from them. I was really happy from the beginning, because we knew that we had to play really good today to beat West Ham."

Asked on the performance of Lacazette, Arteta added: "Well he's the next in line and he's taken [the captaincy], the way everybody played today with such pride and commitment. I'm really proud of it. 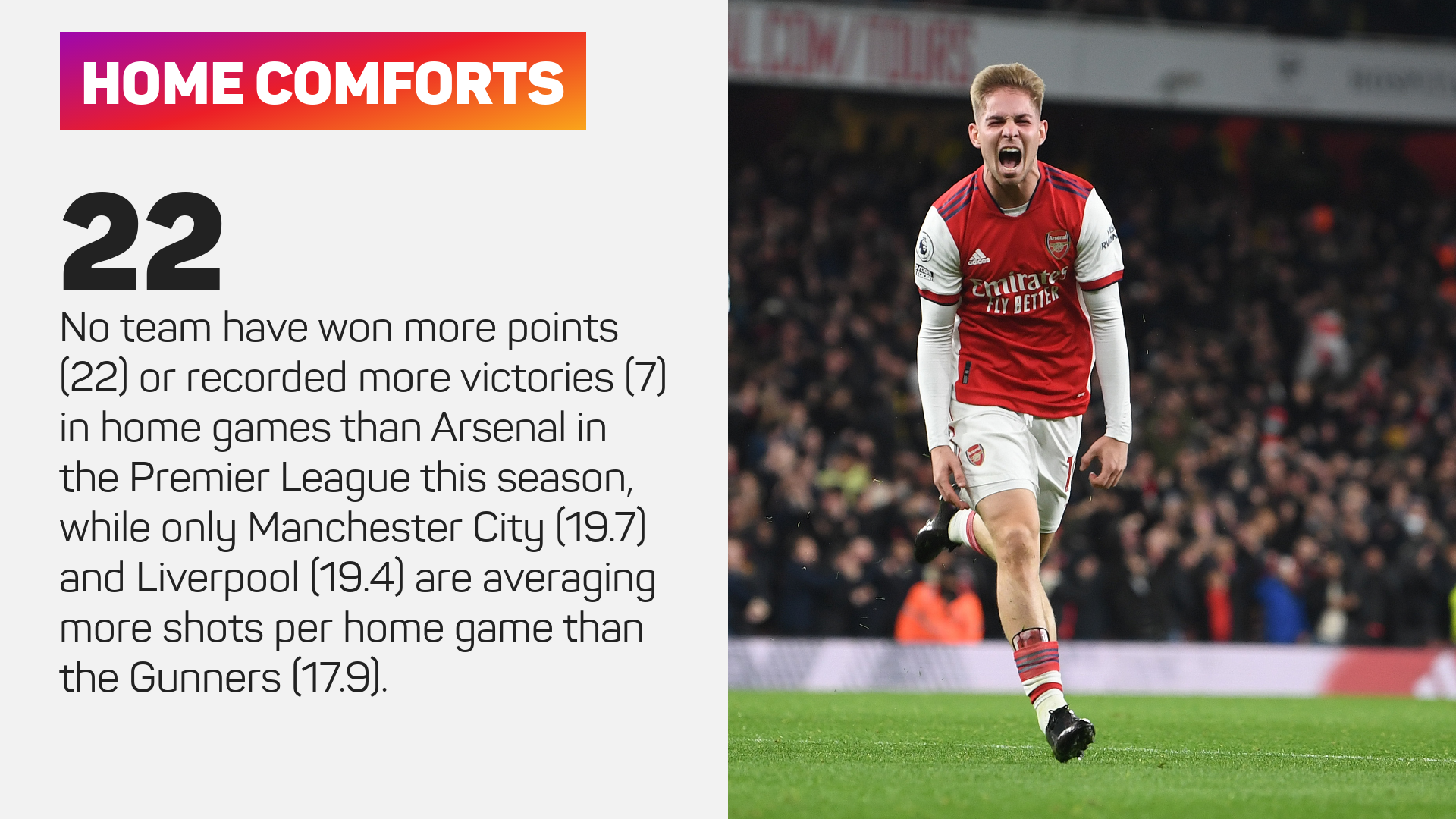 David Moyes has never won at Arsenal in 18 Premier League attempts, extending the record for the longest such managerial run in the competition without an away win against a single side.

Alongside Moyes' personal poor record, West Ham were also displaced in the top four by Arsenal, but Arteta insisted his side boasting a Champions League spot is irrelevant at this point of the campaign.

"No, because the league finishes in May," Arteta added when asked whether he was satisfied with Arsenal's top-four spot. "But it's much better than where we were, and we want to be higher.

"We need to find that consistency - we know the level of this league. This league is absolutely ruthless and tomorrow is always different to today, so let's prepare for the next game.

"When we went to Old Trafford, I think we played much better than last year but we lost the game - and that's where we have to come away from those grounds when we get the performance with the points. That's the next challenge."

Lacazette can be expected to lead the line, and perhaps team, once again at Leeds United on Saturday after Arteta said he had no news on the Aubameyang situation.

In his latest attempt to sell the idea of biennial World Cups, Gianni Infantino made a somewhat insensitive comment.