Ancelotti backs Isco to show his quality when the opportunity arrives

Isco will miss Real Madrid's final game of 2021, but Carlo Ancelotti has backed the playmaker to take his chance when it comes.

Real Madrid playmaker Isco has been unfortunate to miss out on a place in the side, according to Carlo Ancelotti.

Isco, who was signed during Ancelotti's first stint as Madrid coach in 2013, has made just seven appearances under the Italian this season, totalling just 176 minutes.

The midfielder has struggled with fitness in recent seasons and was out of favour under previous boss Zinedine Zidane.

Once an integral part of Madrid's system, Isco has started only nine times in all competitions across the entirety of 2021, making 25 appearances in total, scoring one goal and providing only one assist, having created 22 chances for team-mates.

With Ancelotti persisting with a 4-3-3 formation, down in large part to the superb form of Vinicius Junior on the left flank, Isco has found opportunities hard to come by and has not played since featuring against Granada on November 21. He last started a match in August.

Reports on Monday suggested Isco had tested positive for COVID-19, bringing his 2021 to an end prior to Wednesday's meeting with Athletic Bilbao.

Though Ancelotti did not confirm if these reports were accurate, he did say Isco would not play against Athletic. However, he does not believe the Spain international's chances of regaining his place in Madrid's starting XI are over.

"It is a complicated issue to describe exactly what has happened," Ancelotti told a news conference.

"He hasn't yet had the opportunity to show how good he is, because the team started playing much better. It coincided with Isco not being in the team then, so it's been difficult to get back in the team. 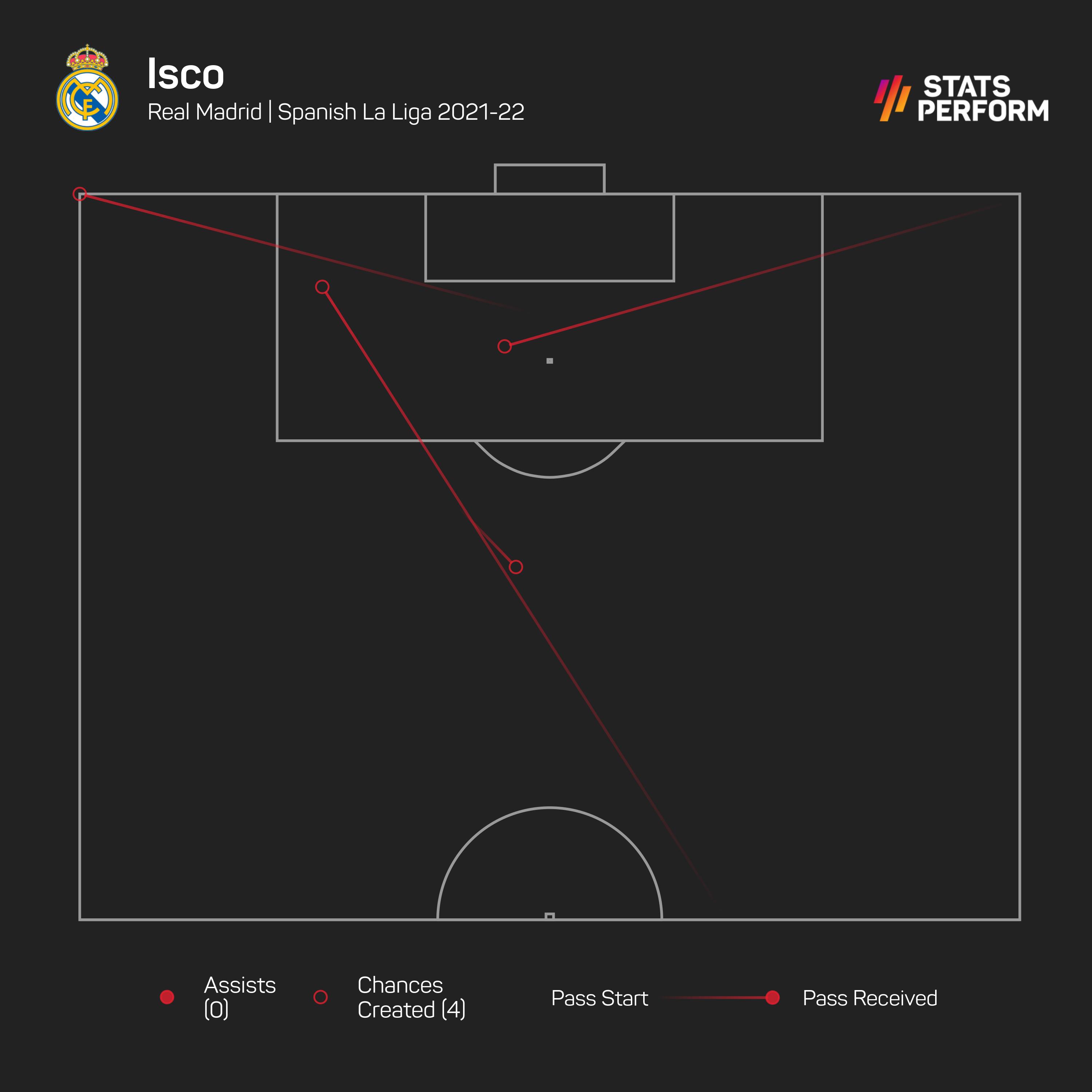 "Nacho is another player [like this], [Federico] Valverde, [Eduardo] Camavinga, Marcelo. These are players who haven't had much playing time because the players playing now are playing really well.

"They've not had the opportunity to show how good they really are. But Isco and the other players I've named are happy carrying themselves in a professional manner, there are no issues, I am not unhappy with any of these players.

"They've accepted that the team are doing really well, and they continue to train and work hard and are waiting for their opportunity.

"Right now, unfortunately, Isco isn't available, because he could have played on Wednesday."

Another player who has been in and out of the team is Eden Hazard. The Belgium forward made his first LaLiga start since September as Madrid drew 0-0 with Cadiz last time out, despite having 36 attempts (the most of any team without scoring since at least 2003-04).

Asked if Hazard could handle the short turnaround, Ancelotti replied: "I have to evaluate the recovery of the player. Yesterday was fine.

"He has done a recovery session like the others, he trains today and then we will evaluate him. It is clear that he is not a winger who plays on the outside, as Vinicius can be, but that he likes the left wing or behind the striker.

"It is an option that we have, because what I want is for the player to be comfortable in the position he plays."

Ancelotti will be without Luka Modric on Wednesday, with the midfielder still not back in training after contracting coronavirus.