Wimbledon: Upset Shapovalov thought he had the game to win tournament

After losing in straight sets to Novak Djokovic, beaten semi-finalist Denis Shapovalov felt he could have taken even more from Wimbledon.

Denis Shapovalov felt he had the game to win Wimbledon this week as he explained why his emotions spilled over after suffering a disappointing semi-final loss to Novak Djokovic.

The Canadian had tears in his eyes as he walked off Centre Court on Friday, beaten in straight sets as his opponent booked a place in the final against Matteo Berrettini.

Shapovalov was rightly proud to have reached the last four of a grand slam for the first time in his young career and feels he will benefit from the experience.

But he was left to rue failing to even take a set against Djokovic, who will now seek a 20th grand slam title on Sunday.

Shapovalov was two points away from winning the first set and converted only one of 11 break-point opportunities in a match that lasted just short of three hours.

"It hurts a lot," explained the 22-year-old, who had only won one match in his three previous Wimbledon appearances.

"What hurt so much this time was just that I felt like the game is there and it's possible to go and play for the trophy.

"It's a feeling I've never had before, so that's why it just hurt so much. 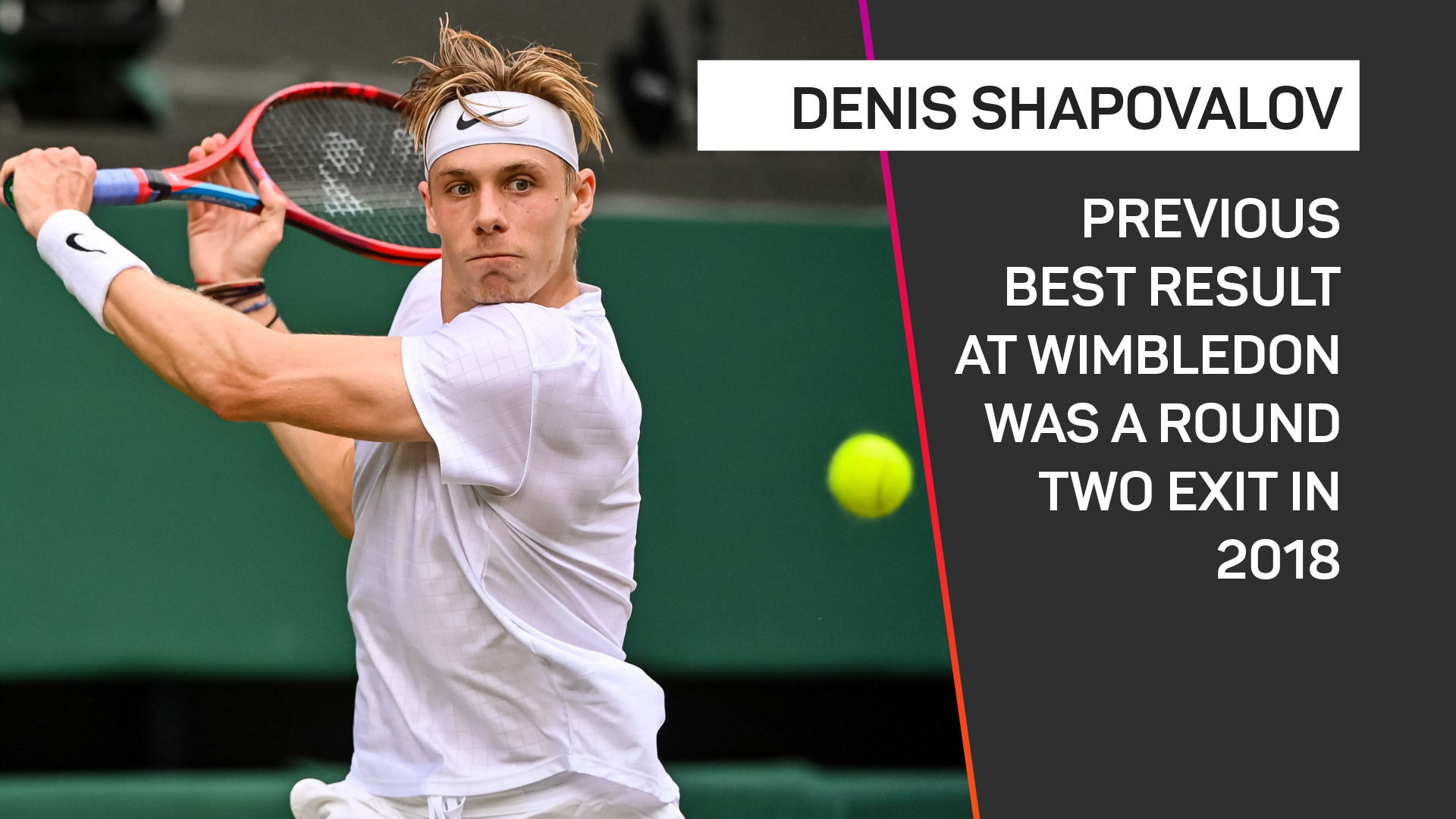 Elaborating on his visible disappointment on court, he added: "It just hurt a lot - it's been a lot of pressure, a lot of mental fatigue.

"Like, it all kind of spilled out on the court before I could control myself.

"It's almost good to have a little bit of a taste, because it just makes me want it that much more going into the next slams and into the future.

"Now I know exactly what I'm capable of and where my game can be at.

"Also the things that I can improve, too, to beat Novak next time or go one step further. A lot of positives. This has made me more hungry to try to win a trophy.

"It's a level I've never played before. The confidence and everything, the way I carried myself these two weeks, it's been different. I don't consider myself the same player."

The victorious Djokovic comforted Shapovalov in the locker room area after the match.

Shapovalov said: "He just told me he knows how difficult it is for me right now.

"He told me that everything will come. For me, it's big coming from someone like him. He doesn't have to do this. It just shows the type of person he is.

"It's just really nice for someone like me to hear from him. I have tremendous respect for him. He's definitely for sure one of the greatest players of all time.

"It's awesome to hear those words from him."