Wimbledon: Tiafoe after Tsitsipas upset - I'm not even close to where I want to be

Stefanos Tsitsipas became the first player seeded third since 1996 to be eliminated in the first round at Wimbledon.

Frances Tiafoe is confident he can cause further shocks at Wimbledon after he claimed the impressive scalp of third seed Stefanos Tsitsipas in the opening round on Monday.

Tsitsipas was in action for the first time since losing the French Open final to Novak Djokovic on June 13 and struggled to cope with Tiafoe's aggressive style, suffering a break of serve in the very first game.

While that was the only break of the first set, it gave Tsitsipas a deficit he never recovered from, and he was broken again at 4-4 in the second as Tiafoe made his lead even more commanding.

Tiafoe then saw things out impressively, his 17 winners to his opponent's 10 in the third set reflecting the American's greater confidence as he made Tsitsipas the first third seed to lose in the opening round of the grass-court tournament since Andre Agassi in 1996. 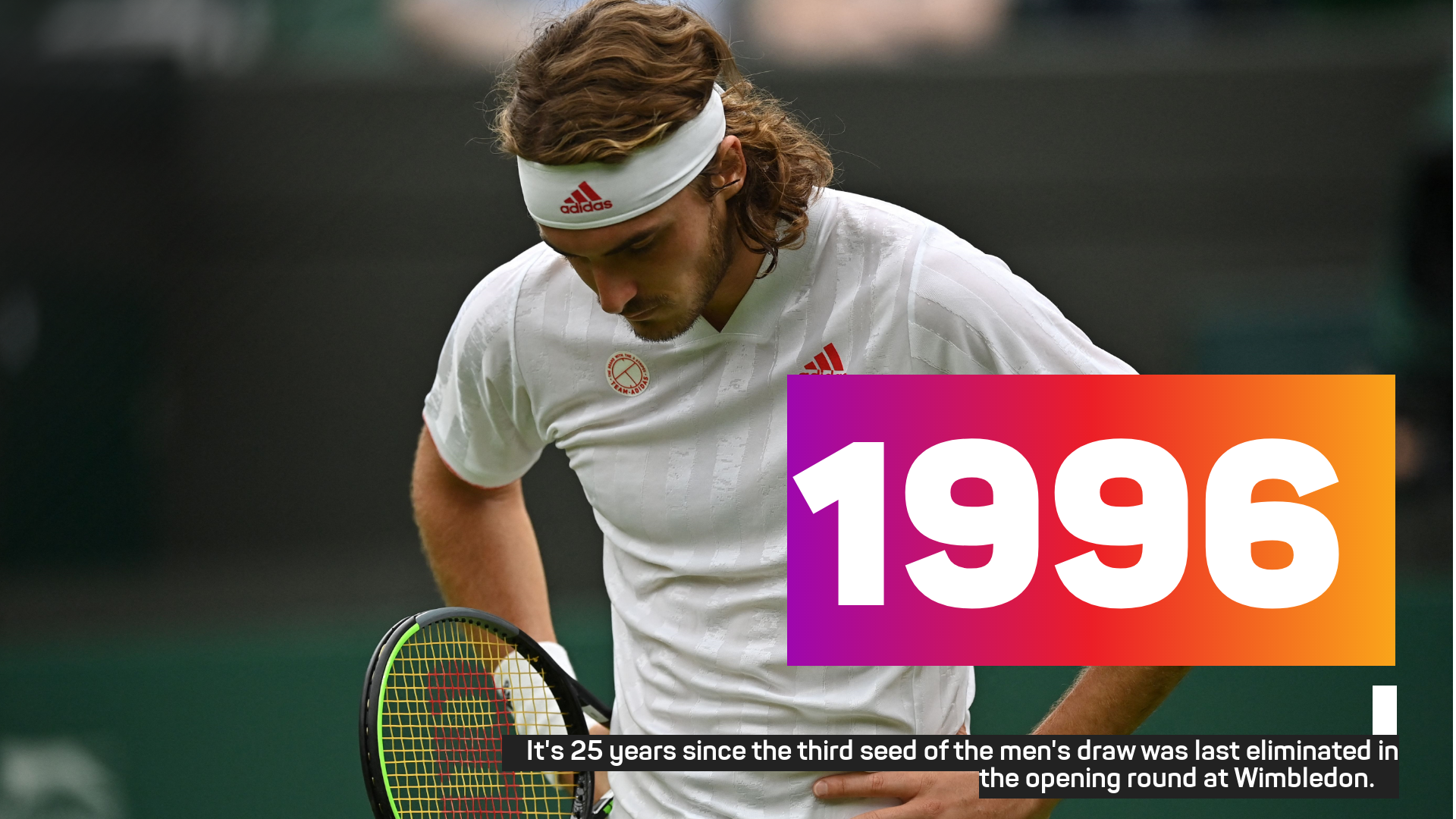 And Tiafoe reckons there is more where that came from.

"Definitely one of my best [performances], from start to finish it was pretty clean," the 23-year-old told the BBC.

"This is what you train for this is what it's all about. I live for these kind of moments.

"I'm not even close to where I want to be. I've had a lot of great achievements but I haven't even scratched the surface I feel personally.

"Today was big, I definitely needed that, a guy at his level, that guy's special, he's going to do a lot of great things, win a ton of grand slams but not today."

Tiafoe will face Vasek Pospisil or Roberto Carballes Baena in the next round.

Danielle Collins, Yulia Putintseva and Sloane Stephens were among the winners in San Jose.

World number 15 Felix Auger-Aliassime claimed some revenge for his French Open first round loss to Andreas Seppi after an early scare.

World number 130 Jenson Brooksby continues his rise with a big win while Kei Nishikori got past Sam Querrey.

Azizulhasni Awang and Shah Firdaus Sahrom's Thursday involvement at the 2020 Olympic Games ended early after they were knocked out from the men's sprint event.

The Rugby League World Cup was set to take place in England this year, but after Australia and New Zealand withdrew, it has been postponed.

Pandelela Rinong shook off a potential foot injury to complete her women's 10-metre platform final outing at the 2020 Olympic Games.