Iga Swiatek was made to work hard for her place in the third round at Wimbledon after being taken to three sets by Lesley Pattinama Kerkhove in Thursday's entertaining encounter.

The top seed had won her previous 36 matches, dropping just six sets in the process, but she was taken the distance by world number 138 Kerkhove on Court No. 1.

Swiatek ultimately proved too strong and prevailed 6-4 4-6 6-3 in a little over two hours to set up a meeting with Alize Cornet, although she was broken three times in total.

In just the third meeting between a lucky loser and top-seeded female in an Open Era grand slam, Kerkhove gave Swiatek plenty to think about throughout.

The Dutchwoman broke her opponent's serve in the third and fifth games of the opener, either side of failing to herself hold, but Swiatek then temporarily found some rhythm.

She broke Kerkhove in the eighth game and again in the 10th to take the set, although the world's top-ranked player once again allowed errors to creep in.

Despite double-faulting eight times across the first two sets, Kerkhove levelled up the match by earning the only break of the second set in the seventh game.

That paved the way for a decider, which saw both players hold in two lengthy opening games, but Swiatek visibly started to grow in confidence and broke Kerkhove in the fourth.

Kerkhove produced an impressive backhand winner en route to taking the third set to a ninth game, yet Swiatek was still serving for the win and made no mistake in doing so. 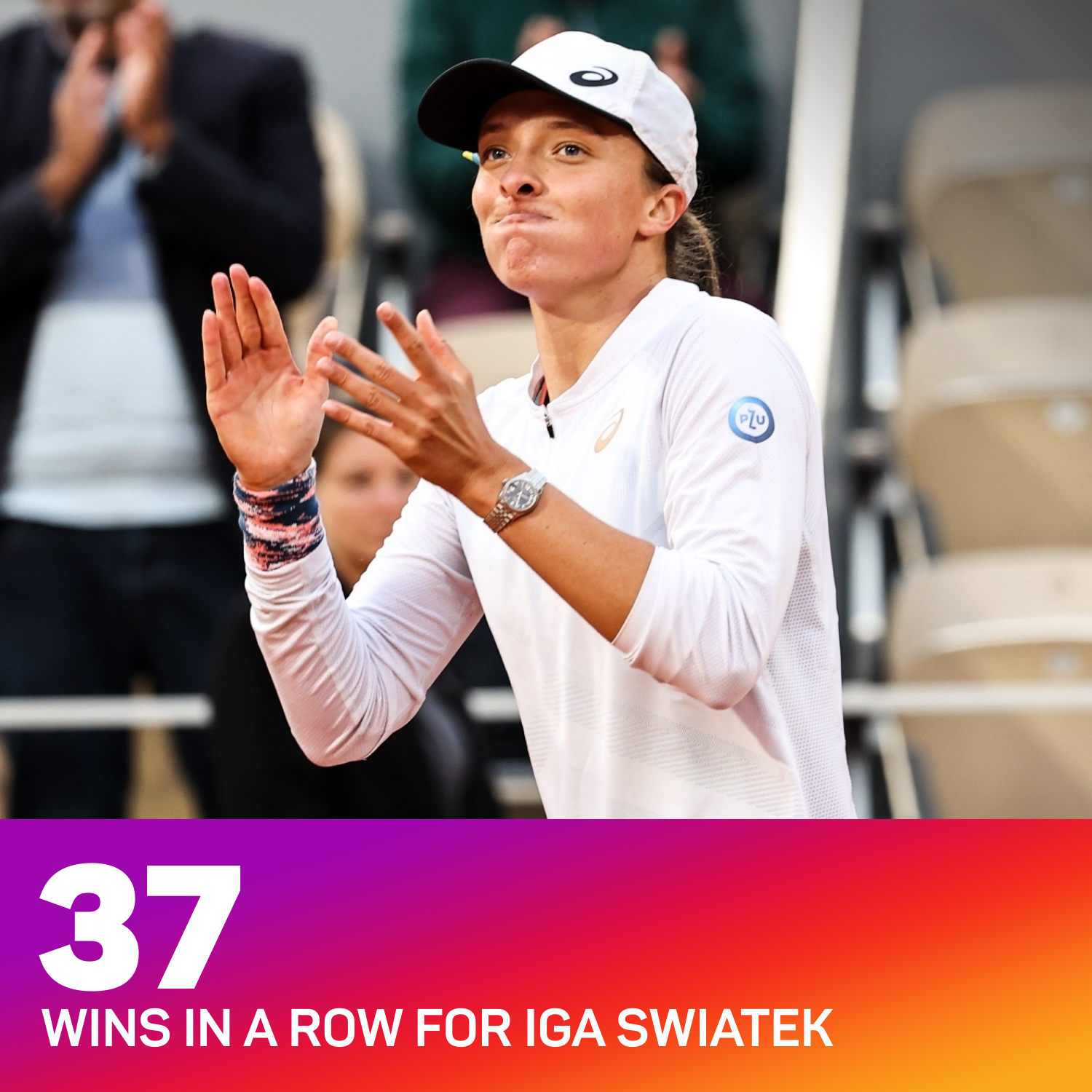 Swiatek was expected to come through this second-round clash with ease, but that proved far from the case as Kerkhove became the lowest-ranked player to win a set against the number one female in the world since Carla Suarez Navarro – also ranked 138 – against Ash Barty at Wimbledon last year.

The reigning French Open winner dug deep to claim a 37th win in a row, however, and she remains on course to become the first female since Angelique Kerber in 2016 to win two grand slam titles in the same season.

After pulling out of her first-round match in Cincinnati through injury, Coco Gauff said she has been told it is just a minor sprain.

Serena Williams is closing on retirement and everyone must cherish the tennis great, says Emma Raducanu.

Raducanu bests Serena in opening round of the Western & Southern Open

In their first ever matchup, Emma Raducanu was too strong for Serena Williams after a competitive first set, while Venus Williams also lost.

World number one Swiatek: I feel like a 'kid from kindergarten' around Serena Williams

Anisimova upsets Kasatkina in opening round of Western & Southern Open

NBA legend LeBron James will continue at the Los Angeles Lakers for at least two more years after agreeing a lucrative new deal.

Rory McIlroy and Justin Thomas have praised Tiger Woods after several players met amid the ongoing battle between the PGA Tour and LIV Golf.

Domenico Berardi has drawn interest from both Juventus and Milan, but he has committed his long-term future to Sassuolo.

Cucurella vows to never cut his hair despite Romero incident

New Chelsea signing Marc Cucurella has no intention of cutting his hair, despite it playing a role in Tottenham's equaliser on Sunday.

Merseyside Police interviewed and cautioned Cristiano Ronaldo in relation to an allegation of assault and criminal damage.