Ash Barty and Karolina Pliskova will contest the Wimbledon final after the latter saw off Aryna Sabalenka on Centre Court.

Karolina Pliskova roared back to win the power battle against Aryna Sabalenka and book a first appearance in a Wimbledon final where she will face Ash Barty.

Thursday's second semi-final lived up to its billing as a clash of two of the WTA's most ferocious competitors, and it was eighth seed Pliskova who triumphed 5-7 6-4 6-4 on Centre Court.

There were 32 aces in total in a match where long rallies were scarce. Ultimately, though, it was Pliskova's supreme consistency – she gave up just one break-point opportunity – that won the day.

Sabalenka offered up eight break-point chances alone in a fierce first set, but Pliskova barely had a sniff on any of those as textbook power serving from her opponent kept the Czech at bay.

Conversely, Pliskova sailed through her own service games with ease until trailing 6-5 when, after an exquisite sequence from Sabalenka brought up a first break point, she blinked with a double fault to cede the opening set.

Undeterred, the turning point came in game five of the second set when Pliskova broke to love before consolidating with three straight aces and Sabalenka going long.

Having won that only break point of the second set, Pliskova stole the advantage in game one of the decider as a couple of Sabalenka errors were followed by a backhand into the net.

To her credit, second seed Sabalenka forced Pliskova to serve out for the match, which she did somewhat fittingly with a mammoth ace. 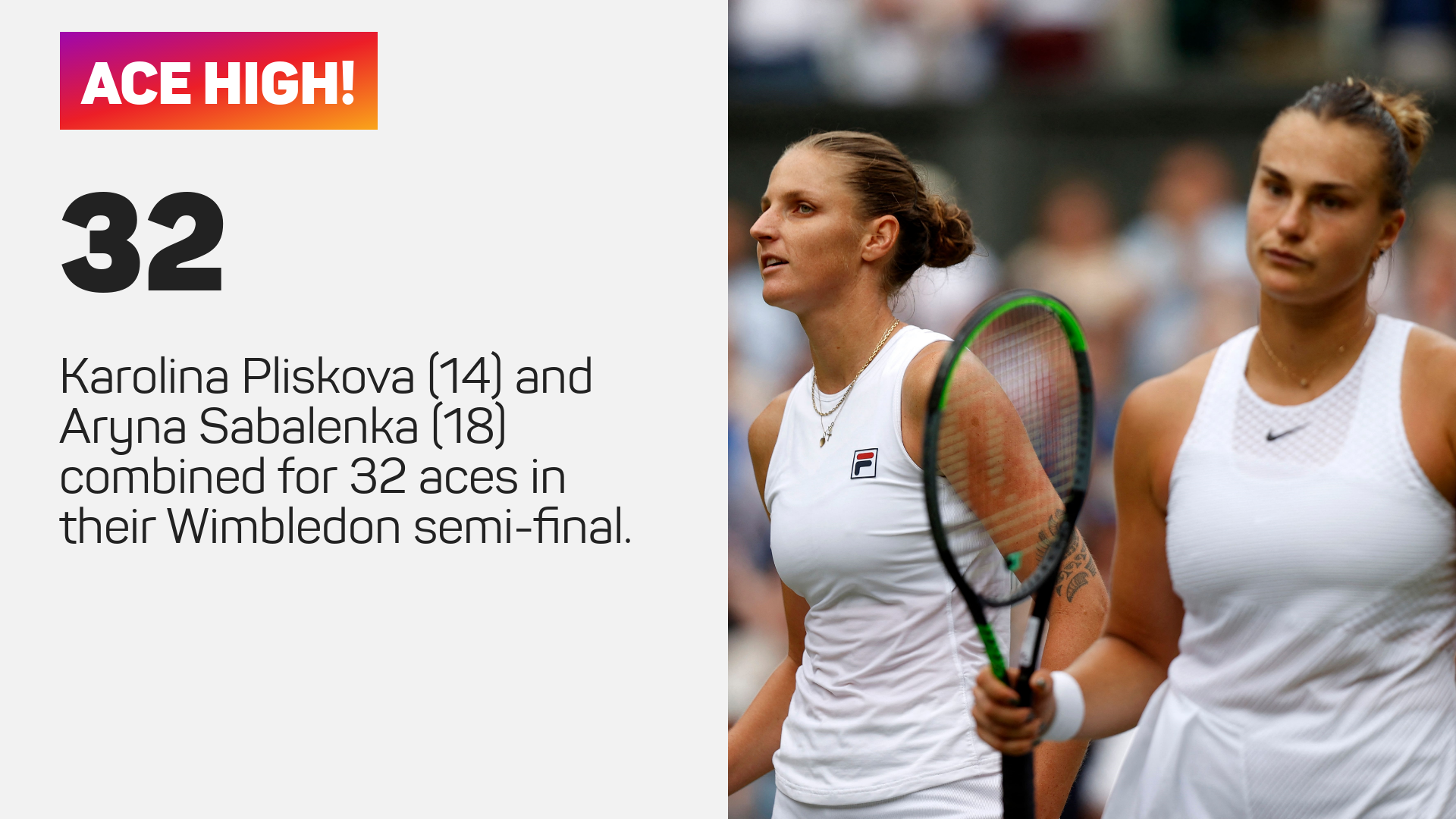 Pliskova's consistency on serve was always likely to be crucial to her chances of victory in a battle between two real power hitters. Prior to this semi-final she led the way for aces (40) in the tournament and had only been broken three times. Here she was out-aced 18 to 14 but had a slightly better first-serve points won percentage (78 to 75) and significantly better on the second-serve points won (69 to 48). In a match where opportunities were always likely to be at a premium, it proved significant.