Wimbledon: Kyrgios gracious in defeat as he hails Djokovic as 'a bit of a god'

Novak Djokovic prevailed in four sets in Sunday's Wimbledon final against Nick Kyrgios, who was quick to praise the seven-time champion.

Nick Kyrgios hailed Novak Djokovic as "a bit of a god" after losing to the Serbian in four sets in Sunday's Wimbledon men's singles final.

Djokovic lost the opening set, as he did against Jannik Sinner in the quarter-finals and Cameron Norrie in the semi-finals, but recovered to claim a fourth-straight crown at SW19.

And Kyrgios, handed a walkover win in his semi-final against Nadal after the Spaniard pulled out injured, led the tributes to Djokovic after his latest major triumph.

"He's a bit of a god, I'm not going to lie," he said in his on-court interview. "I thought that I played well, so I want to congratulate Novak and his team." 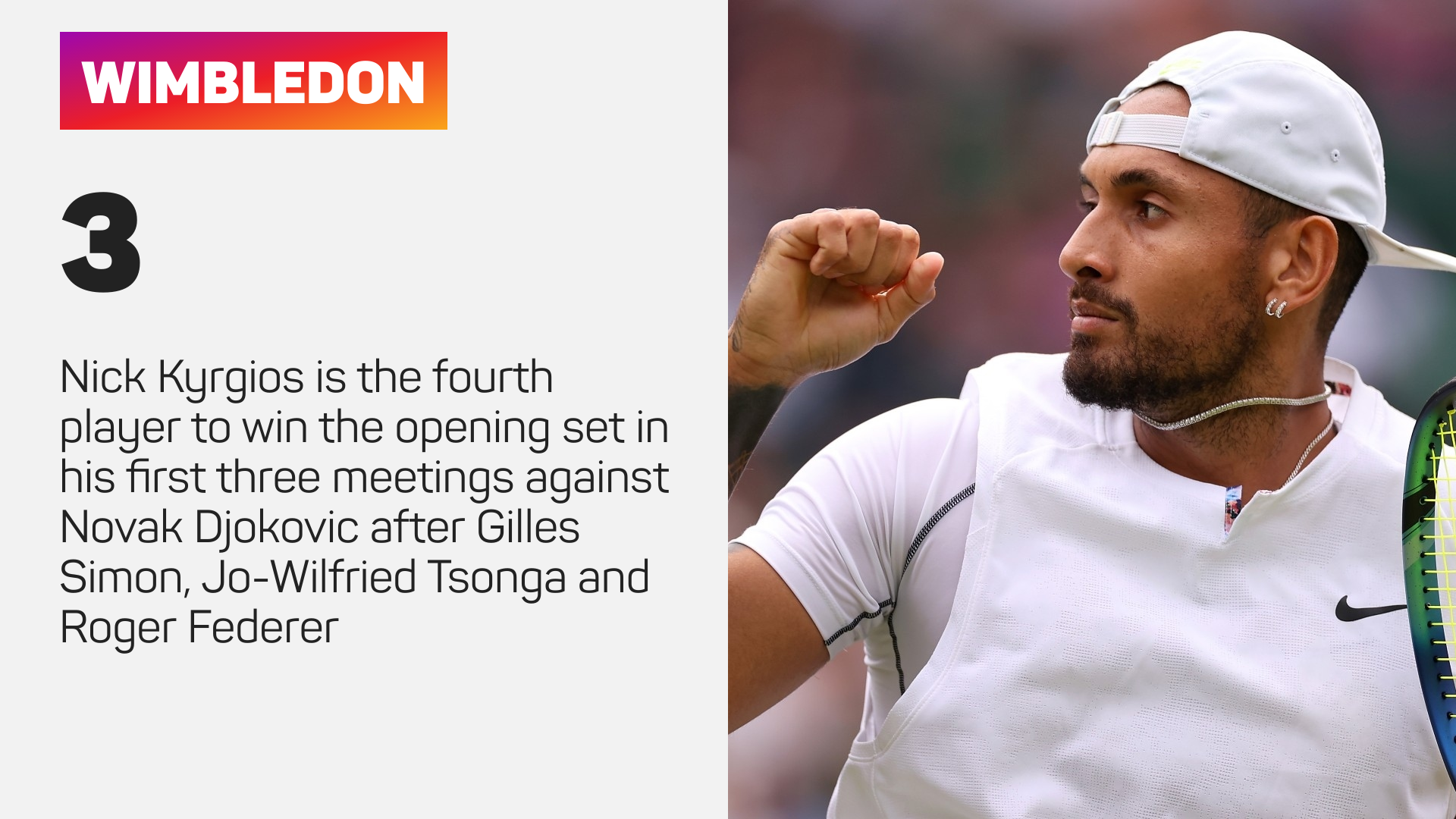 Kyrgios was the first unseeded player to contest a grand slam final since Jo-Wilfried Tsonga at the 2008 Australian Open, having previously never made it beyond the final eight.

However, asked if he is hungry for more after his deepest run at a major, Kyrgios joked: "Absolutely not! I'm so tired. Me and my team are exhausted. We've played so much tennis.

"I'm really happy with this result and maybe one day I'll be here again but I don't know about that."

Kyrgios was his usual self on Centre Court, producing some remarkable shots – including an underarm serve – and regularly berating the umpires in equal measure.

However, the world number 40 – the lowest-ranked grand slam male finalist since Marcos Baghdatis (54) at the Australian Open in 2006 – extended a word of thanks to the officials.

"To all the ball kids and also the umpires – I know you and I have a tough relationship at times – but thank you," Kyrgios added.

Serena Williams is a three-time winner in Montreal but could not muster up another victory fresh from declaring her plans to retire.

Emotional Serena Williams: 'It's been a pretty interesting 24 hours' after declaring retirement

Serena Williams' farewell tour is well and truly underway, bowing out at the Canadian Open in Toronto on Tuesday.

Coco Gauff looked stylish on the way to her opening win, while Naomi Osaka was forced to retire while down a set due to a back injury.

Kyrgios, Norrie and Fritz advance through opening round of the Canadian Open

Some big names advanced to the second round, while Andy Murray, Matteo Berrettini and hometown hero Denis Shapovalov were not so lucky.

Real Madrid look to defend their title for the first time in 15 years this season, and Stats Perform AI has predicted the likely outcome.

Karim Benzema was crucial to Real Madrid last season, but they are reportedly not signing a backup to him and that could be risky.