Wimbledon: Djokovic cruises past Garin and into last eight

Cristian Garin proved no match for Novak Djokovic, who is through to his 50th grand slam quarter-final at Wimbledon.

Novak Djokovic cruised into the quarter-finals of Wimbledon with a routine straight-sets win over Cristian Garin.

Djokovic is bidding to tie Roger Federer and Rafael Nadal with a record 20th grand slam championship by defending his 2019 title.

Since losing the opening set of the tournament to Jack Draper, Djokovic has been imperious form and he eased past Garin on Centre Court on Monday.

This was not vintage Djokovic, but his consistency on serve, strength on the return and remarkable movement skills helped him secure a 6-2 6-4 6-2 triumph to set up a last-eight meeting with Andrey Rublev or Marton Fucsovics.

Djokovic raced into a commanding position in the first set, winning the opening eight points of the match.

Indeed, Garin, aiming to reach the quarter-finals of a grand slam for the first time, appeared overmatched, winning only 10 points on serve as Djokovic took the first set with ease.

But the Chilean warmed to the occasion and displayed his resilience by saving three break points to hold for a 4-3 lead in a game that lasted over 10 minutes.

Garin's resistance was broken in his next service game through some deft Djokovic touch at the net and, after serving out the second, he broke in style in the first game of the third and raced through to a 50th grand slam quarter-final. 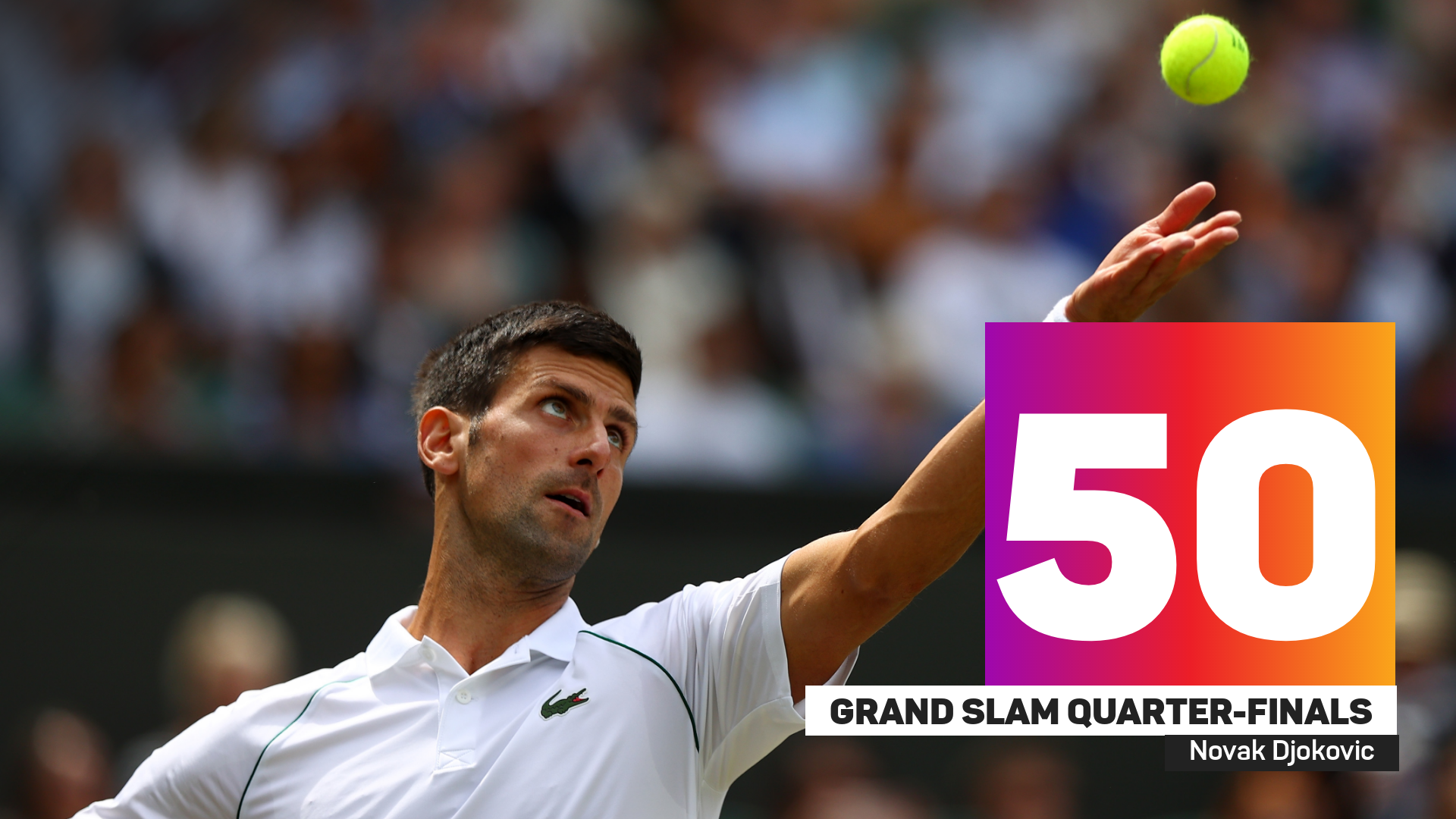 Indeed, Garin won 13 points on return and only three of those came against the Serbian's first serve in a performance he will surely want to forget.

By contrast, Djokovic won 48 per cent of points on Garin's serve and, save for the second set, rarely had to expend much energy in bringing up his half-century.