Matteo Berrettini will play in his first grand slam final on Sunday but Novak Djokovic does not expect him to be overawed by the occasion.

Novak Djokovic expects Matteo Berrettini to be at his best when he meets the Italian in the Wimbledon final on Sunday.

Djokovic is a win from moving level with Roger Federer and Rafael Nadal by claiming a record 20th grand slam title.

Standing in his way will be the considerable figure of Berrettini, who overcame Hubert Hurkacz in four sets to reach the final of a major for the first time in his career at the age of 25.

Djokovic was made to work hard to see off Denis Shapovalov in straight sets on Centre Court on Friday.

And he is anticipating another tough battle against one of the form players on tour this year.

Recalling his own maiden appearance in a grand slam final, a defeat to Roger Federer at the 2007 US Open, Djokovic said: "I remember that I was just so thrilled to be in the final.

"I had a good match but I just probably did not believe enough in the victory at certain moments when the scoreline was close.

"I was really young, 20 years old. Matteo is a bit older. He's had more experience playing on the Tour.

"He's already had notable results in the biggest tournaments and some big wins against the top players of the world.

"I expect him to be on really high level because that's what he's been delivering in last couple weeks. He's in great form, serving big and playing big. 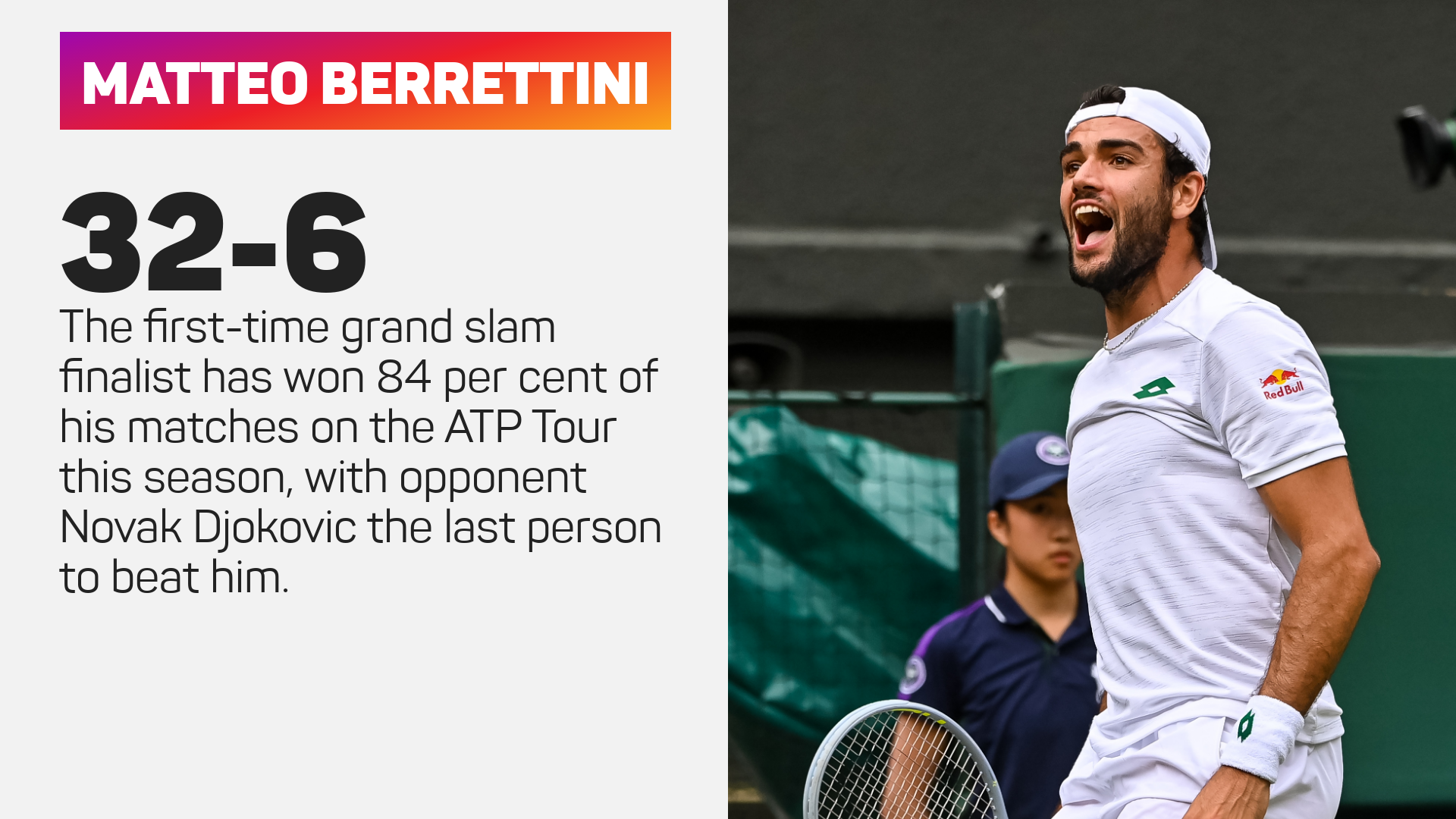 "To win a 20th grand slam would mean everything. That's why I'm here, and why I'm playing.

"I imagined myself being in a position to fight for another Grand Slam trophy prior to coming to London.

"I've put myself in a very good position and I'm looking forward to a great battle."

Wimbledon will mark Berrettini's fourth final of the 2021 season, with his recent victory at Queen's Club securing his second title of the year.

Djokovic was the last man to beat Berrettini, who is now 32-6 for the year, doing so in four sets in the French Open quarter-finals.

Yet Djokovic completed that victory after fans had been forced to leave because of a curfew in Paris and he knows a capacity Wimbledon crowd may not be on his side.

"I hope that I will have the stadium on my side. Having the crowd behind you, against you, it's a big difference," he added.

"People like to see someone win who is an underdog or is not maybe expected to win, is not the favourite. But hopefully people can also recognise also the importance of this match for me, the history that is on the line."

Max Verstappen crashed early on in the British Grand Prix, and the championship leader was involved in another collision in Hungary.