Krejcikova had reeled off 15 consecutive singles victories but the French Open champion was beaten 7-5 6-3 in an entertaining contest on No.1 Court.

World number one Barty came from a break down to take the opening set and was pushed hard by the 14th seed in the second on 'Manic Monday', but sealed her spot in the last eight at the All England Club.

The 2019 Roland Garros champion will face either British teenager Emma Raducanu or fellow Australian Ajla Tomljanovic for a place in the semi-finals.

Krejcikova, making her main draw debut in singles at SW19, held to love in a commanding first service game and went a break up at 2-1 when Barty pushed a cross-court shot long.

There was a gasp from the crowd when Krejcikova showed great skill and agility to put away a winner at her feet, but they were back on serve at 4-4 following an error-strewn game from the Czech.

Barty missed a chance to wrap up the set when she sent a forehand long but the 25-year-old pumped her fist after breaking to love, avoiding a tie-break after making an uncertain start.

Both players stood firm when they faced early break points in the second set but Barty was scenting the quarter-finals when her opponent sprayed a forehand wide to go 4-2 down.

Krejcikova – who also won a doubles title in Paris last month – took that setback in her stride, working Barty from side to side before putting away a backhand winner in the next game as she broke back immediately.

Yet Barty ground Krejcikova down again to restore her two-game advantage and fended off a break point before serving out the match to move into new territory at the grass-court grand slam. 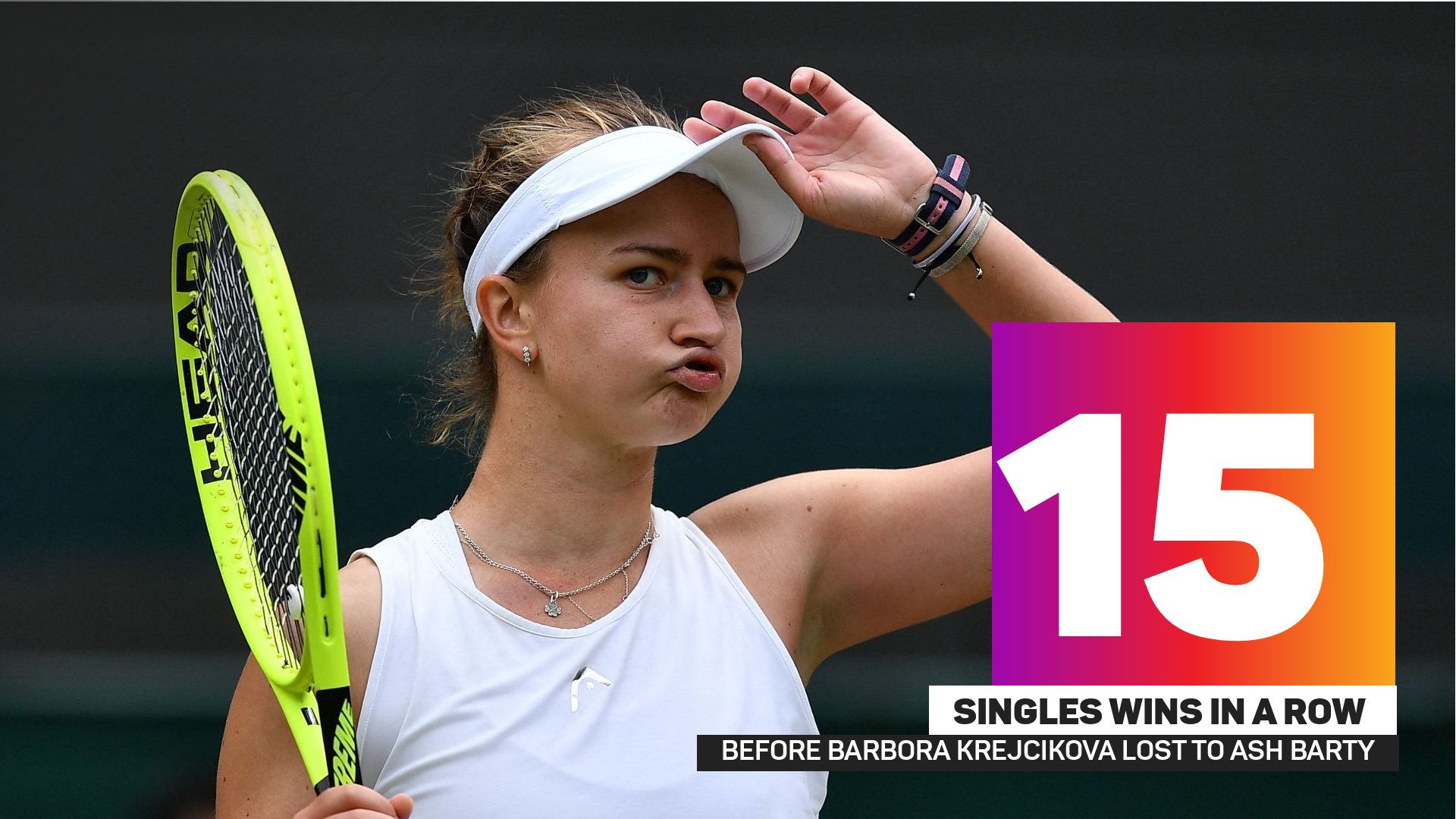 Krejcikova had not suffered a singles defeat since May, winning a title in Strasbourg before her maiden grand slam triumph at Roland Garros.

Her magnificent winning streak came to an end in London, but the Brno native looks set to make further major strides.