Wimbledon: Australian ace ready to be champion but Pliskova could be Barty party pooper

Karolina Pliskova is chasing a first grand slam and both she and Ash Barty will be contesting a Wimbledon women's final for the first time.

Ash Barty will lean on the tough lessons that Wimbledon has taught her over the years when she tackles Karolina Pliskova on Centre Court in the women's final.

A decade has slipped by since a 15-year-old Barty won the girls' singles title, and now she and Pliskova will do battle for the Venus Rosewater Dish.

Saturday's final is a clash of the player with the most aces on the women's tour this year (Barty: 255) and the tournament leader for that metric (Pliskova: 54).

Pliskova will likely be a tough nut to crack, having won 57 of her 61 service games for a 93 per cent strike rate, with the Czech the only player in the draw above 90 per cent in that crucial component.

Both players will be making their debut in a Wimbledon women's singles final, the first time that has happened at the All England Club since 1977, when Virginia Wade beat Betty Stove. 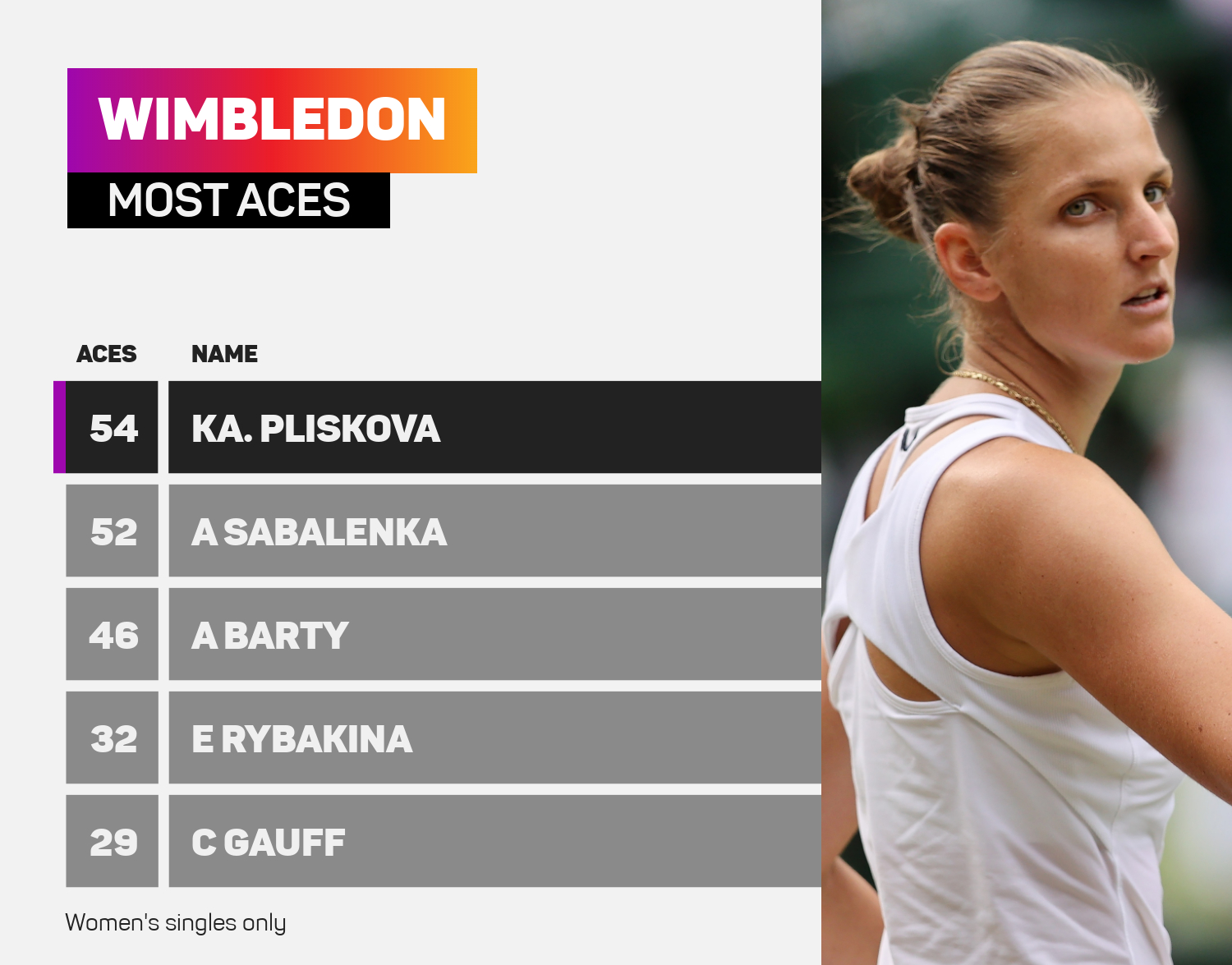 World number one Barty will become just the fourth player in the Open Era to win both girls' and women's singles titles at Wimbledon should she get the job done, after Ann Jones, Martina Hingis and Amelie Mauresmo.

It has been quite a journey to this point for the Australian, who after her early impact in the game stepped away from tennis for almost two years after the 2014 US Open. She played Big Bash League cricket and only returned to tennis at Eastbourne in 2016, gradually ascending to the summit and winning the 2019 French Open title for a maiden senior grand slam.

There have been painful defeats along the way on grass, her favourite surface, including a loss to Daria Kasatkina in the third round in 2018 and to Alison Riske from a set up in the fourth round a year later.

Barty was the top seed at that edition of Wimbledon in 2019, as she is this year, and there is no doubt she would be an exciting champion, a player who seems to only bring positivity to tennis, albeit she pointed to some bleak moments in her past ahead of the tussle with Pliskova.

"I think Wimbledon for me has been an amazing place of learning," Barty said. "I think 10 years ago I came here for the first time as a junior and learned a lot in that week.

"Probably 2018, 2019 was some of my toughest weeks playing. To come away with our losses in those two tournaments, I learned a hell of a lot from those two times.

"I think a lot of the time your greatest growth comes from your darkest times. I think that's why this tournament has been so important to me. I've learned so much with all my experiences, the good, bad, everything in between I've been able to learn from.

"Just to be able to keep chipping away, keep putting yourself out there, let yourself be vulnerable, just be yourself, knowing that everything that comes with that is an opportunity to learn. I think that's been a massive one for us this fortnight."

The first thing that was said to Barty in a news conference after she won the girls' title in 2011 was: "You're not a very demonstrative winner."

How this grounded Queenslander might react to winning on Saturday remains to be seen. Pliskova certainly has the weaponry to mean a Barty victory is far from a foregone conclusion.

Pliskova would be the fifth oldest first-time grand slam winner in the Open Era should she prevail, with the 29-year-old having previous experience of winning titles on grass at Eastbourne (2017 and 2019) and Nottingham (2016).

"It's a final. Anything can happen," Pliskova said of the Barty match-up. "I know she has a grand slam, but also for her it is the first Wimbledon final.

"I think we both have good chances. It's going to be hopefully a good match to watch as well because with her it's always interesting. We going to see what's going to happen.

"I never played a horrible match against her." 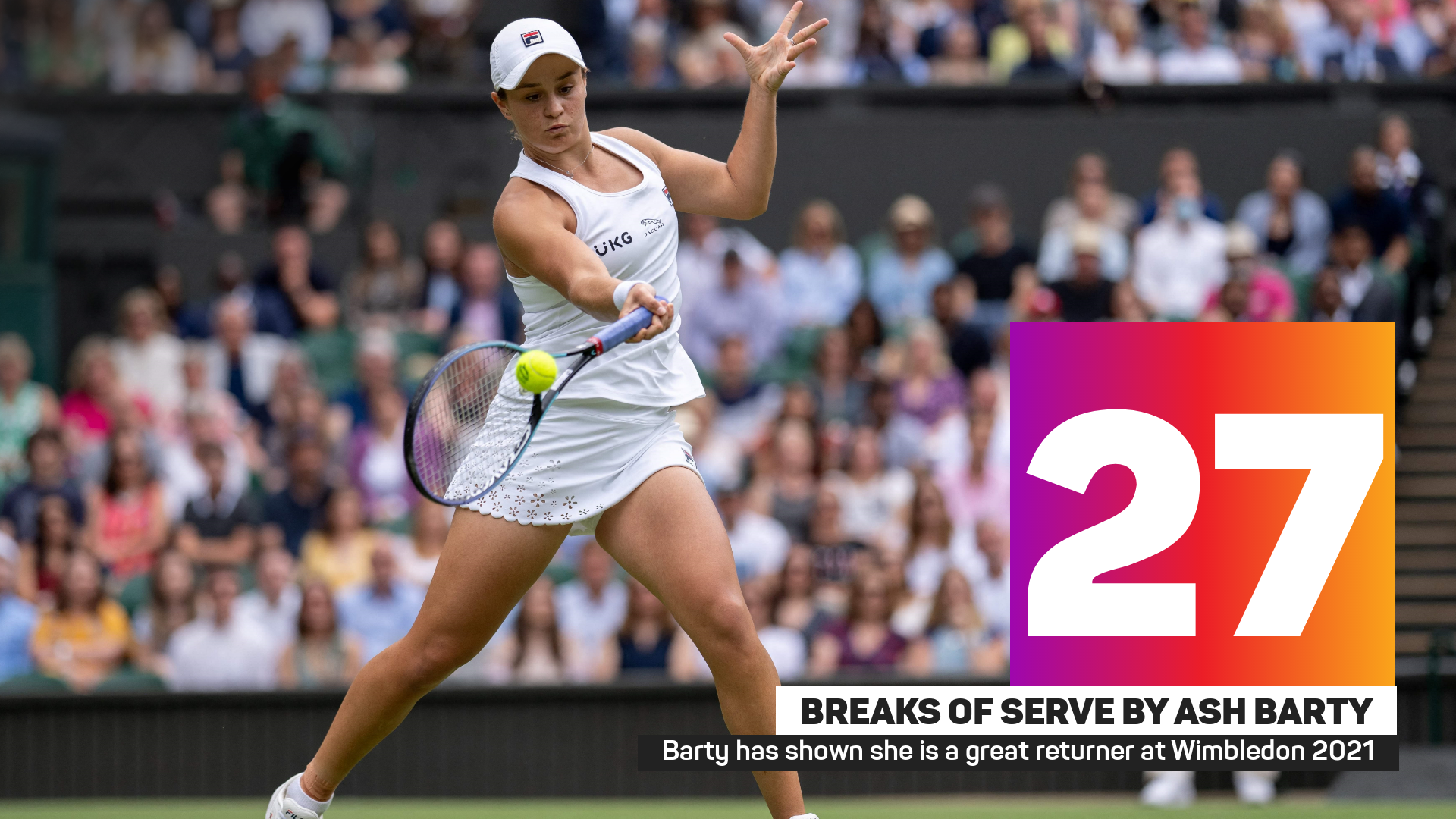 Pliskova and Barty have met seven times across their careers, starting from a minor ITF event in Nottingham in 2012, which went the Australian's way, the then 16-year-old edging a final-set tie-break.

"Of course she makes you feel a bit ugly with the game which she's playing," Pliskova said. "Also I had, like, a lot of chances the last match we played. I think I had match point or was serving for the match. I know there's going to be many chances for me, as well."

That match took place in Stuttgart in April of this year and did indeed go close, Barty closing it out 7-5 in the deciding set of the quarter-final and going on to take the title. She has three tournament wins this year, a tour-high.

Barty is sure to stay at number one on Monday, a 77th consecutive week in the top spot and 84th overall in her career, while Pliskova can jump from 13th to fourth with the title. She will move to seventh should she be runner-up.

The red-hot favourite is Barty, but Pliskova is comfortable with that.

"You want to play the best player in the final," she said. "Of course, I don't want anybody else but her there."