Golden State Warriors head coach Steve Kerr felt Stephen Curry "showed every bit of his talent" in the win over the Memphis Grizzlies.

Steve Kerr reflected on the Golden State Warriors' display against the Memphis Grizzlies as "about as good as it gets" after Stephen Curry starred in a 113-104 win.

Warriors fans chanted "MVP" to Curry as he scored 46 points – including eight three-pointers – in an inspired performance at Chase Center on Thursday.

The win for Golden State took their NBA-best record at home this season to 16-2 and left them on 26-6.

Warriors head coach Kerr was thrilled with the way his side went about seeing off the 19-14 Grizzlies and lavished praise on Curry.

"That's about as good as it gets against a very physical defense with great size," Warriors head coach Kerr said.

"Over the last 10-12 games, Memphis had the best defensive rating in the league. For Steph to go out and get 46, he showed every bit of his talent tonight. This was his most efficient game in a couple weeks, for sure." 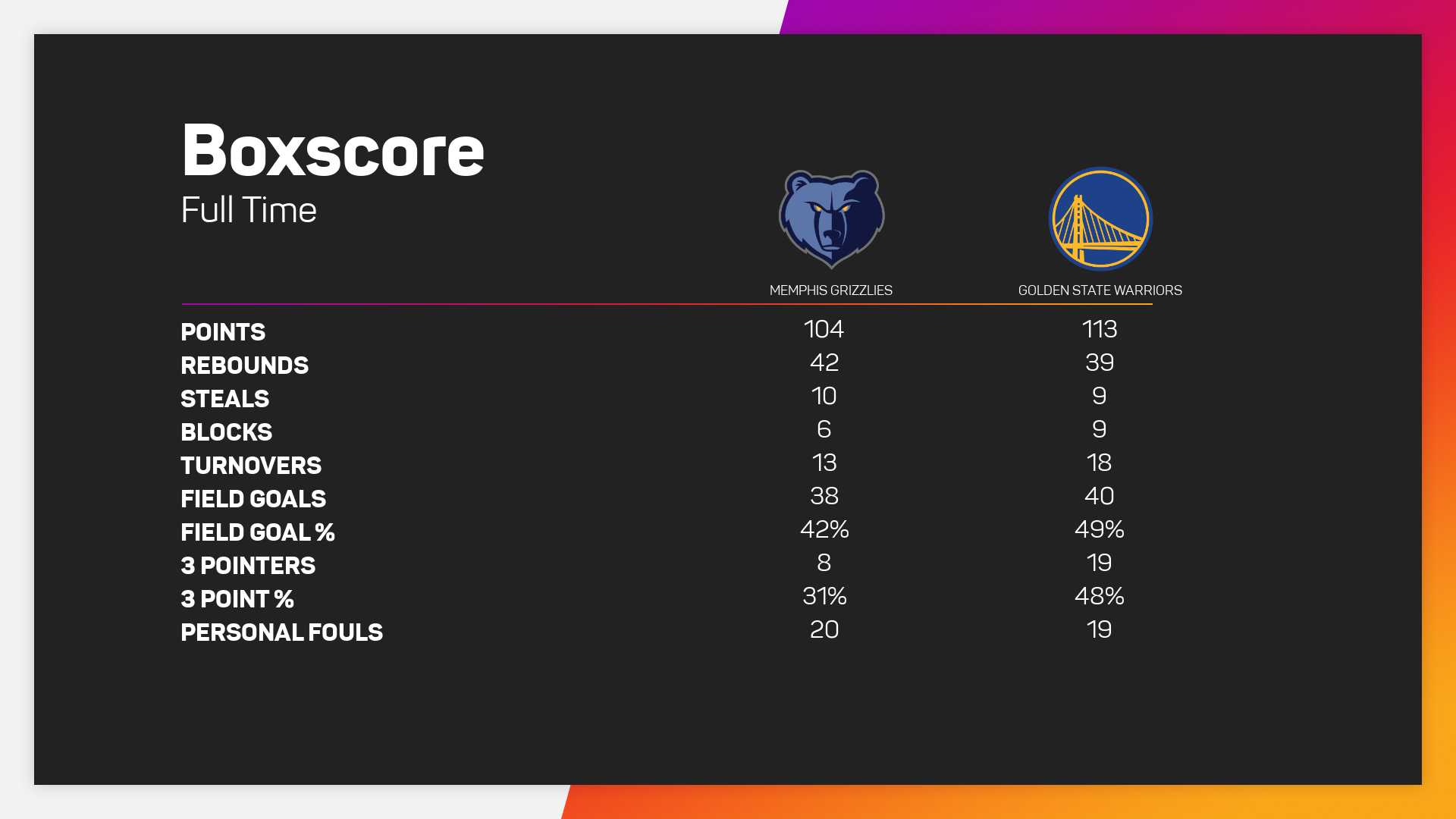 Curry suffered a twisted ankle in the fourth quarter, but revealed he was fine after the game.

The two-time MVP felt it was a hugely important win in the Warriors' season.

He said: "Definitely wanted this one. Definitely felt like it was one [we] can't let slip by because of the history but also because knowing what it's going to take to win a game like this.

"You carry that chip on your shoulder and understand this is our home court."

It was a big night for Joel Embiid and Nikola Jokic, who respectively helped the Philadelphia 76ers and Denver Nuggets to wins on Tuesday.

It was a good night for Klay Thompson and the Golden State Warriors, who were a class above the Dallas Mavericks.

From 66-31 down, the Los Angeles Clippers mounted a stunning comeback against the Washington Wizards to delight coach Ty Lue.

I was more worried about LeBron than my knee! – Returning Lakers star Davis talks James celebration

The Los Angeles Lakers welcomed back Anthony Davis, who enjoyed a playful celebration with LeBron James against the Brooklyn Nets.

The Los Angeles Lakers had a welcome return for Anthony Davis, while the Golden State Warriors outclassed the Dallas Mavericks on Tuesday.

The Clippers only scored 36 points in the first half, but they managed 40 in both the third and fourth quarters to topple the Wizards.