Max Verstappen and Lewis Hamilton battled throughout the Dutch Grand Prix, but the former reigned victorious once more on Sunday.

Max Verstappen expressed his pride after a far from straightforward victory at the Dutch Grand Prix, where the Red Bull driver overcame the pursuit of Lewis Hamilton.

Hamilton seemed set to push for his first victory of 2022 at Zandvoort on Sunday but was stifled by pitting decisions and safety car deployments.

A virtual safety car was deployed after AlphaTauri's Yuki Tsunoda was forced to stop following tyre concerns, offering Verstappen a fortuitous pit stop when embroiled in a battle at the front with Hamilton.

But Verstappen roared back in typically aggressive fashion to overtake the seven-time world champion on the main straight of lap 61, before easing to victory ahead of George Russell in second.

That marked a 10th victory of the season for Verstappen, his joint-best return in a single year, while he became the first driver since James Hunt in 1975 and 1976 to win back-to-back F1 races at Zandvoort.

After delivering in front of a largely partisan crowd in the Netherlands, Verstappen credited Red Bull's decisions that ensured he held off Hamilton through the latter stages of the race. 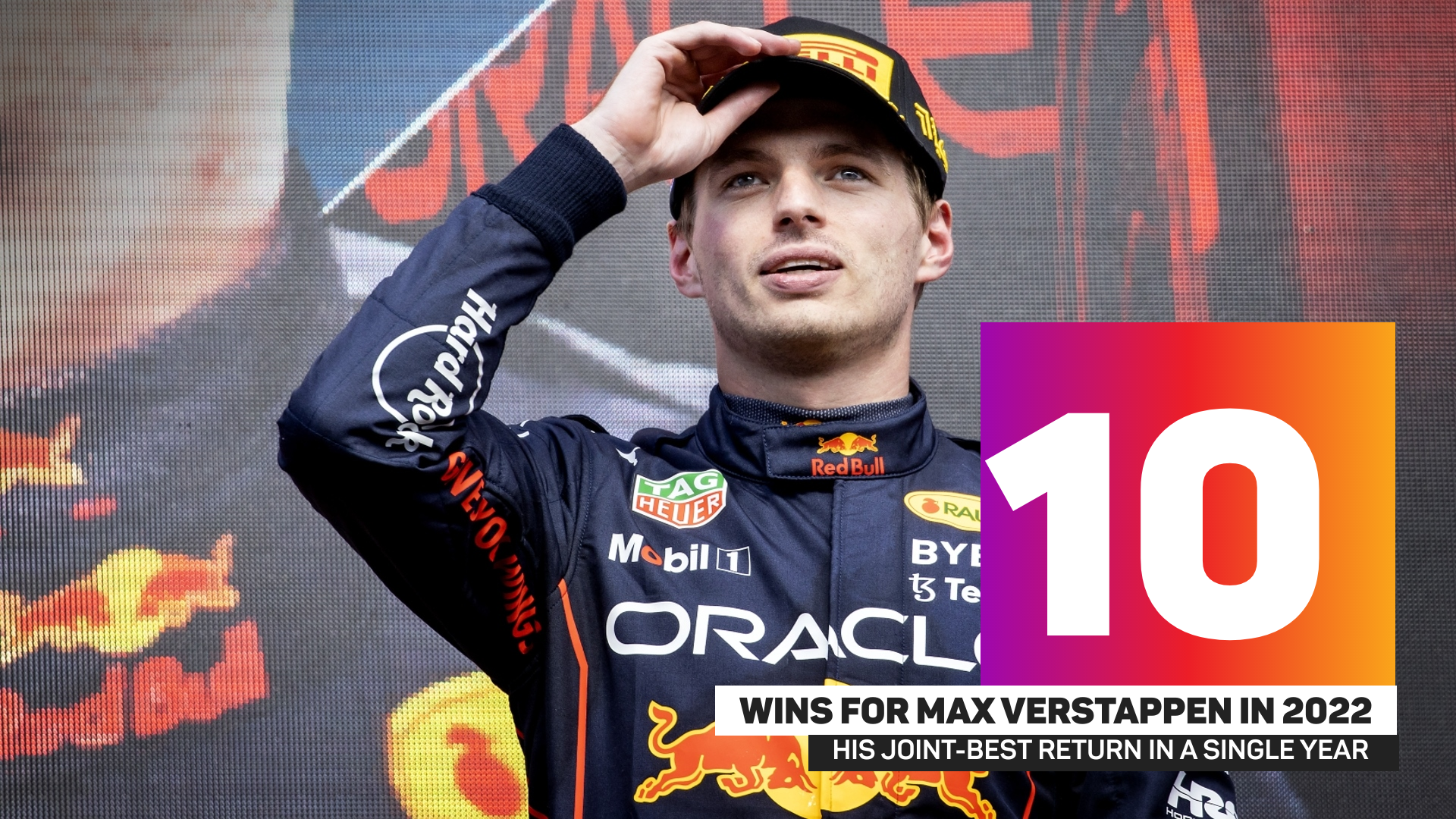 "It was not a straightforward race but we had to push, of course with safety car, virtual safety car, making the right calls," he said on Sky Sports during his post-race interview.

"Always a bit of question mark but it worked out really well. Once we got back to the soft tyres we had great pace again."

Asked whether he harboured any doubts over decisions as Hamilton pressed on, Verstappen added: "We timed it really well out of that last corner into the banking.

"You could see the draft was quite strong and we got ahead. It's incredible to win again.

"It's always special to win your home GP. This year I had to work for it even more. An incredible weekend and I'm really happy we got the Dutch GP."

Charles Leclerc started second on the grid after being edged out by Verstappen in Saturday's qualifying session, though the Ferrari driver had to settle for third on race day despite promising early signs of pace.

The Monegasque racer may have finished on the podium but sits 109 points behind championship leader Verstappen, and Leclerc conceded the Red Bull driver was a class above at the Dutch Grand Prix.

"To be honest, it was difficult to do much better," Leclerc said. "We were a little unlucky with the [virtual safety car]. I don't know if this would have changed anything – Max was too quick today.

Max Verstappen edged closer to a successful defence of his F1 world title after emerging victorious at the Italian Grand Prix.

A proposed Formula 1 partnership between Porsche and Red Bull from the 2026 season would not be materialising after the former confirmed the end of talks.

With Pierre Gasly a man in demand for Alpine, Red Bull are moving to bring IndyCar driver Colton Herta to AlphaTauri – but there is a snag.

Max Verstappen believes himself to be an "exceptional driver" but has paid tribute to his Red Bull team after he won the Dutch Grand Prix.

A safety car and a lack of fresh tyres saw Lewis Hamilton miss out in the Dutch Grand Prix, though the Briton was sorry for his outburst.

Lewis Hamilton was left frustrated by Mercedes' decision-making at the Dutch Grand Prix, though Toto Wolff defended his team's calls.

Max Verstappen and Lewis Hamilton battled throughout the Dutch Grand Prix, but the former reigned victorious once more on Sunday.

Lewis Hamilton seemed to hold the advantage after a fine performance at the Dutch Grand Prix, but Max Verstappen narrowly took the victory.