England suffered a familiar fate as an abject batting performance saw them fall to West Indies and Michael Vaughan has called for change.

England were held to consecutive draws across Tests in Antigua and Barbados before faltering in the winner-takes-all decider in Grenada.

Root's tourists recovered from 90-8 to 204 in the first innings, but were never ahead in the game as Kraigg Braithwaite's side mustered 297 before again bowling England out for just 120.

That left Brathwaite and opening partner John Campbell to secure a 10-wicket victory as they required just 4.5 overs to chase down 28 on Sunday, condemning England to a fourth consecutive series defeat.

England have won just one of their last 17 Tests and are winless in their last nine red-ball outings, their longest such streak in the format since a run of 10 between August 2013 and July 2014.

Questions over Root's captaincy remain prominent with the ECB searching for a new managing director and coach, and Vaughan believes his fellow Yorkshireman needs to take some time to consider his future.

"Let Joe Root sleep on it for a week or so," Vaughan said to BT Sport of Root's future at the helm.

"I don't see too many players, out of this England Test team, who can suddenly come in and spark England into getting 450 consistently against the better opposition, when the ball is moving about.

"That's why I do think there could be some darker days ahead and it's going to take a leader with a lot of energy to try and get this Test match team right." 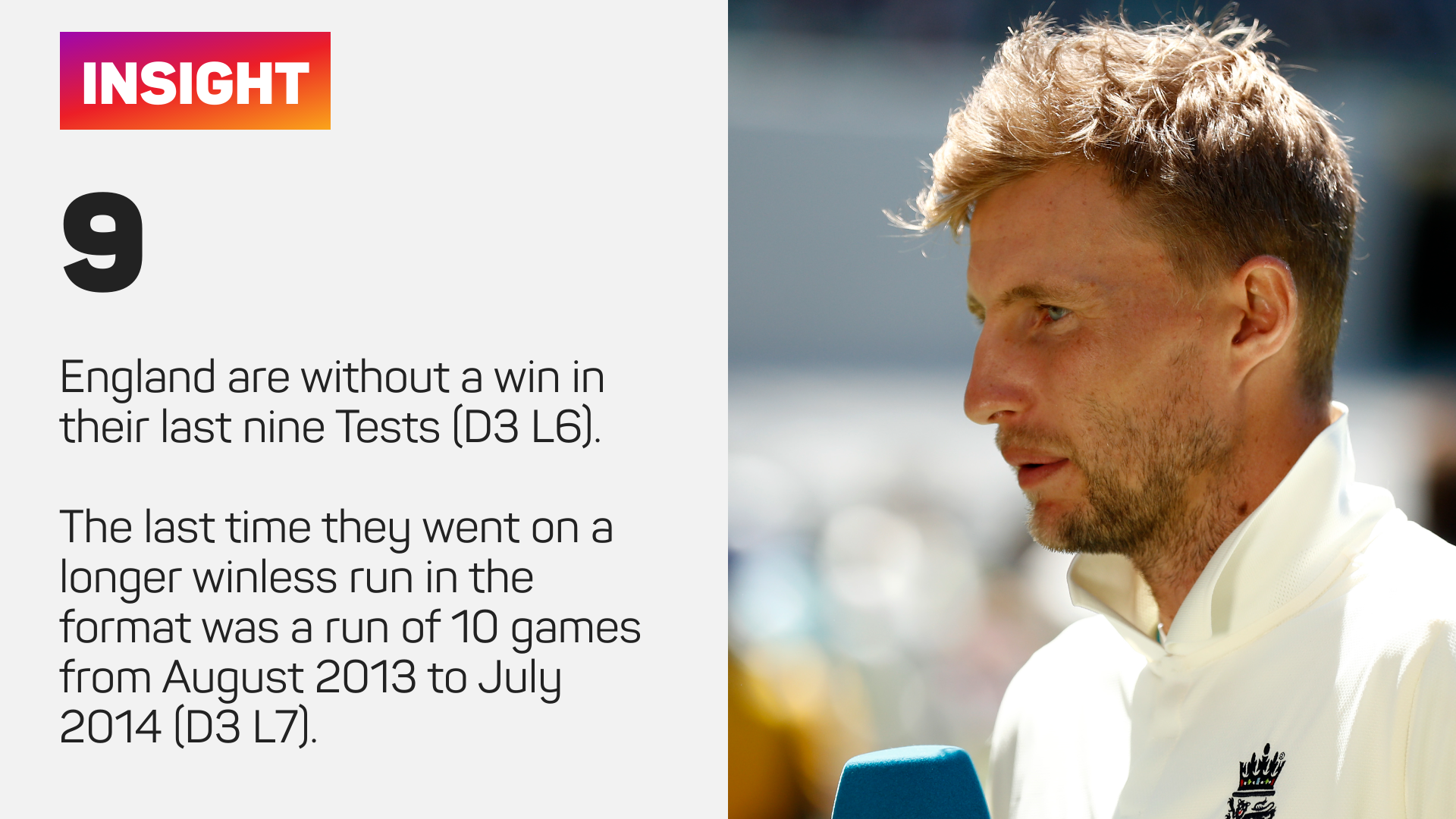 Paul Collingwood took temporary charge for the series in the Caribbean after Chris Silverwood was dismissed following Ashes disappointment, but the identity of England's next permanent coach remains unclear.

Vaughan would like to see England appoint former Australian coach Justin Langer, who guided his country to T20 World Cup success at the end of last year before lifting the Ashes.

"I would personally go for Justin Langer – he's the sort of leader that England need at the moment," he added.

"Then it is a conversation with Joe Root to see if he's still got the energy to take England forward and even then I'd debate it.

"You could give it to Ben Stokes to the end of next year's Ashes and then hope that a younger player like Zak Crawley is ready."