US PGA Championship: The experts' picks to win at Southern Hills Country Club

With Phil Mickelson not defending his US PGA Championship title, Stats Perform look at some leading contenders to lift the Wanamaker Trophy.

The season's second major gets under way on Thursday, as the US PGA Championship starts at Southern Hills Country Club.

Despite being included in the field for the tournament in Tulsa, Oklahoma, reigning champion Phil Mickelson will not be on hand to defend his title.

Mickelson, who became the oldest player to win a major when he triumphed at the US PGA in South Carolina last year, is continuing his break from golf, which came after criticism over his comments regarding the Saudi Arabia-backed breakaway Golf Super League.

While the GSL cloud hangs over the heads of certain players who have requested releases from the PGA Tour, the focus this week will be on claiming the huge prize of a major title.

Tiger Woods is back, after his remarkable Masters return, while world number one Scottie Scheffler is on the hunt for another major title following his success at Augusta.

Stats Perform's experts have taken a look at some of the likely candidates.

Only three men have won both the Masters and the US PGA in the same year, with Jack Nicklaus the last to do so in 1975. That is the esteemed company Augusta champion Scheffler hopes to be keeping – and you would be bold to back against him this season. Scheffler ended 2021 ranked 12th in the world and still waiting on his first PGA Tour victory. He has since won four times, including at the Masters, to become world number one and the clear man to beat. The 25-year-old has two top-10 finishes in both entries at this tournament and played a practice round at Southern Hills earlier this month to prepare himself for another tilt. 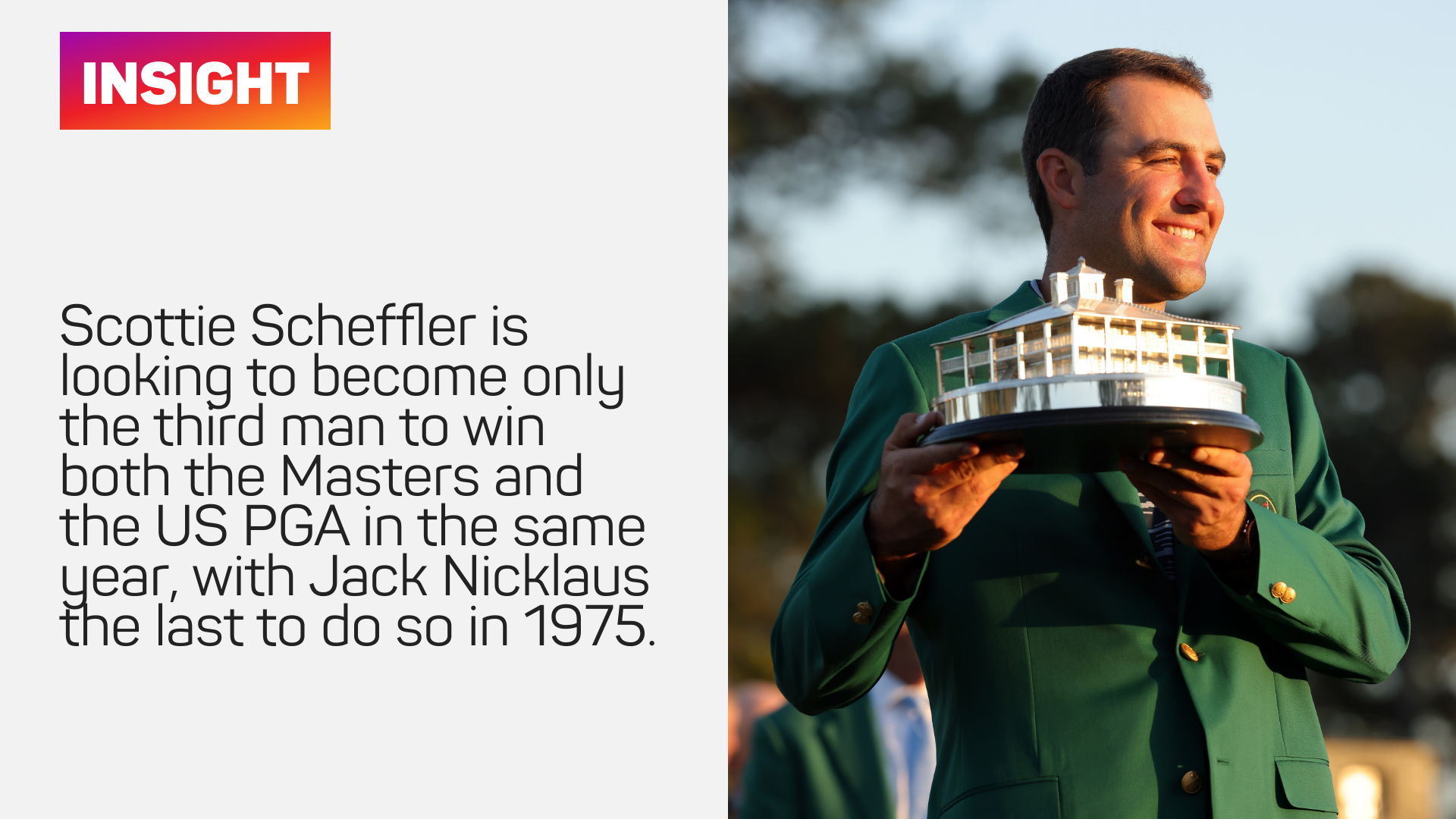 World number two Jon Rahm will tee off in Oklahoma on Thursday on the back of winning the Mexico Open last time out. Rahm has finished in the top 15 in six of the 11 competitions he has featured in this season. Prior to his win in Mexico, the Spaniard's putting had been letting him down, but the rest of his game has been top-notch. Rahm's strokes gained off the tee is a PGA Tour-leading 1.311, while his strokes gained tee to green also ranks first (1.808). The 27-year-old finished T8 in this major last year and his best result was T4 back in 2018 – he could be celebrating back-to-back wins on Sunday.

Sam Burns missed the cut at the AT&T Byron Nelson, but we should forget that; one bad round cost him and there have been very few of those this season from the 25-year-old. Besides, he followed that 73 with a gutsy 67. Admittedly, Burns also missed the cut at the Masters, but he has titles at the Sanderson Farms Championship and the Valspar Championship in the current campaign, successfully defending his title at the latter after a breakthrough win last year. He has achieved six top-10 finishes in the 2021-22 season, has banked almost $4.5million, and sits second in the FedEx Cup standings. The PGA Championship can throw up funky winners and Burns might just be ready to join the list. He has yet to challenge in a major but that surely must change soon.

It is eight years since Rory McIlroy won the last of his four majors at the PGA Championship, but the Northern Irishman can end that drought this week. He produced a late surge to finish second in The Masters, with a stunning Sunday 64. McIlroy is third on the PGA Tour for shots gained off the tee. His two scores of 68 over the weekend earned fifth place at the recent Wells Fargo Championship, setting him up nicely for another major challenge. 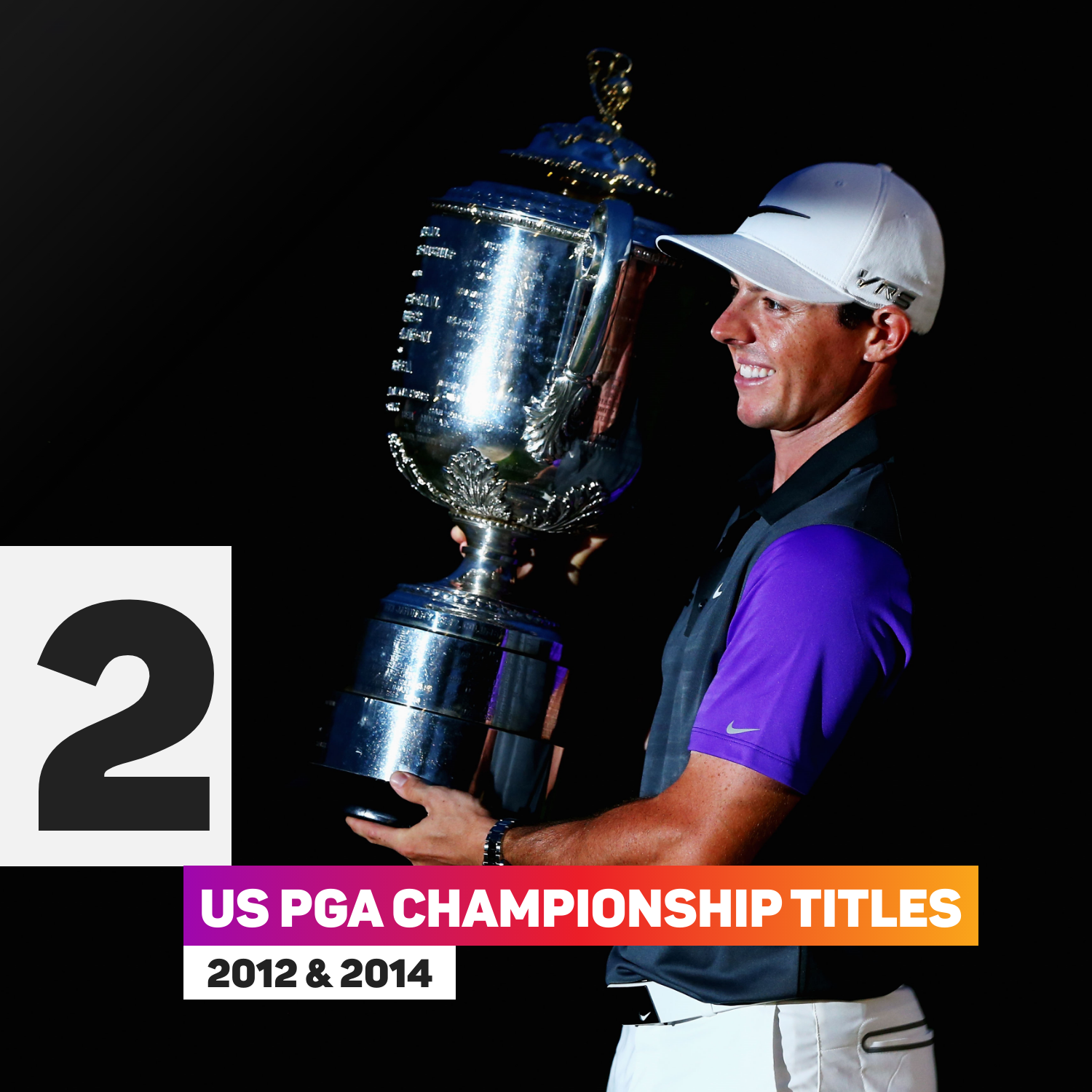 Is this the week Jordan Spieth completes the Grand Slam? A tie for 71st and 30th in his last couple of attempts don't make for particularly good omens but Spieth is a player reborn. Having slipped as low as 92nd in the Official World Golf Rankings after last year's Farmers Insurance Open, Spieth has gone about climbing back into the world's top 10 and was back among the winners' circle at the RBC Heritage last month. A missed cut at the Masters was not the start he envisaged to major season but Spieth is at his best with his back against the wall and can firmly be in contention to lift the Wanamaker Trophy come Sunday.

J.T. Poston became the third player in the history of the John Deere Classic to go wire-to-wire with his win on Sunday.

After missing the opening three major events on the PGA Tour to injury, Paul Casey has signed up to join the LIV Golf Invitational.

Branden Grace posted a final-round score of seven-under 65 to claim the win at LIV Golf Portland.

J.T. Poston posted a four-under 67 on Saturday to lead on 19-under after three rounds at the John Deere Classic.

With one round remaining it is Dustin Johnson and Carlos Ortiz sharing the lead, with Johnson's 4 Aces GC also leading the teams standings.

J.T. Poston extends lead to four strokes after second round of the John Deere Classic

After posting Thursday's best round, J.T. Poston backed it up with another six-under 65 to put a gap on the field heading into the weekend.

Keith Pelley says players who signed up for the LIV Golf Invitational Series knew there would be consequences.