Serena Williams will make her major exit at her home grand slam, where she was crowned champion for the first time 23 years ago.

There seems to be no escaping the number 23 for Serena Williams as she prepares for an emotional final grand slam at the US Open.

It is 23 years since the legendary American won her first major singles title at Flushing Meadows, where she was also crowned doubles champion back in 1999.

Williams has gone on to win an astonishing 23 grand slam singles titles and 14 major doubles titles in an incredible career that is about to come to an end in New York.

One of the all-time greats turns 42 next month and although she is unlikely to bow out by claiming an elusive 24th major singles title in her home major, she is sure to be given a spine-tingling farewell.

Novak Djokovic's absence due to not being vaccinated against COVID-19 has been the big talking point in the men's singles, with Rafael Nadal getting an opportunity to extend his record tally of major successes.

Stats Perform picks out the standout numbers to preview the final major of the year as Emma Raducanu and Daniil Medvedev prepare to defend their titles.

Such is the remarkable longevity of Williams' career, defending champion Raducanu and world number one Iga Swiatek were not even born when she won her first major.

Wimbledon champion Elena Rybakina was only a few months old when the iconic Saginaw native beat Martina Hingis in the 1999 US Open final for the first of so many major titles.

Only Chris Evert can boast as many US Open titles as Williams' tally of six in the Open Era, while she has played in a record 10 finals at Flushing Meadows.

The retiring veteran has 106 victories in her home major, a record in the Open Era, and only Martina Navratilova has recorded more wins in a single major - with 120 at Wimbledon.

Williams will be making her 21st main-draw appearance at the US Open, with only her older sister, Venus, bettering that figure in the Open Era as she prepares for her 23rd. 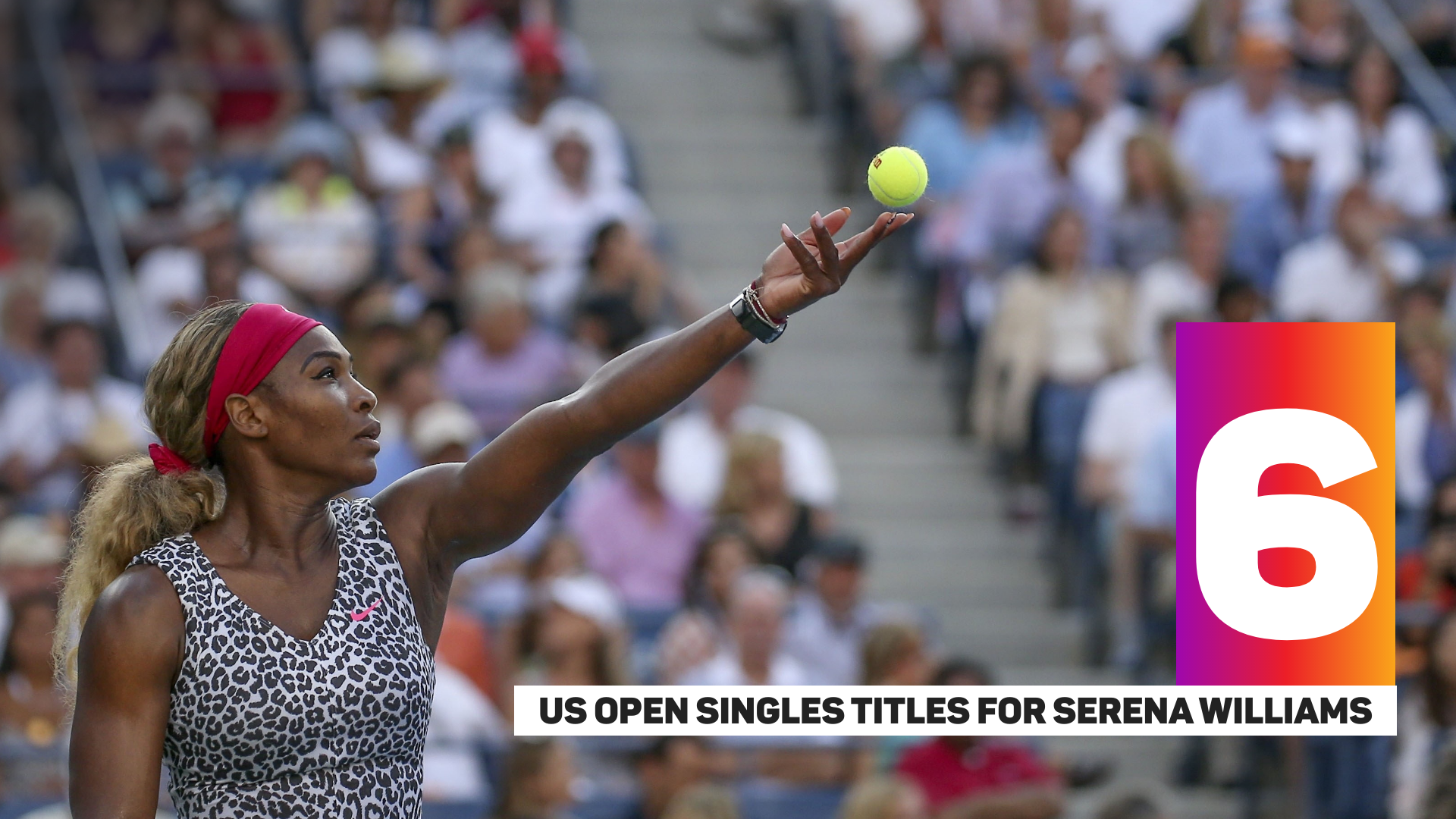 Nadal has not played at Flushing Meadows since he was crowned champion for a fourth time three years ago, having missed the 2020 tournament amid the coronavirus pandemic and not played last year due to a foot injury.

The Spanish great's hopes of completing a first calendar Grand Slam were ended by an abdominal injury that resulted in his withdrawal from Wimbledon ahead of a scheduled semi-final against Nick Kyrgios.

He could make it three major titles out of four this year in New York, though, where he will be bidding to take his haul of grand slam titles to 23 and move two clear of the absent Djokovic once again.

If Nadal lifts the trophy on Arthur Ashe Stadium, it would give him a record-equalling fifth US Open men's singles title - matching the haul of Jimmy Connors, Pete Sampras and Roger Federer.

Only Bjorn Borg (89.2 per cent) has a higher winning ratio in grand slam tournaments during the Open Era than Nadal's 88.3 per cent among players with at least 100 victories to their name, 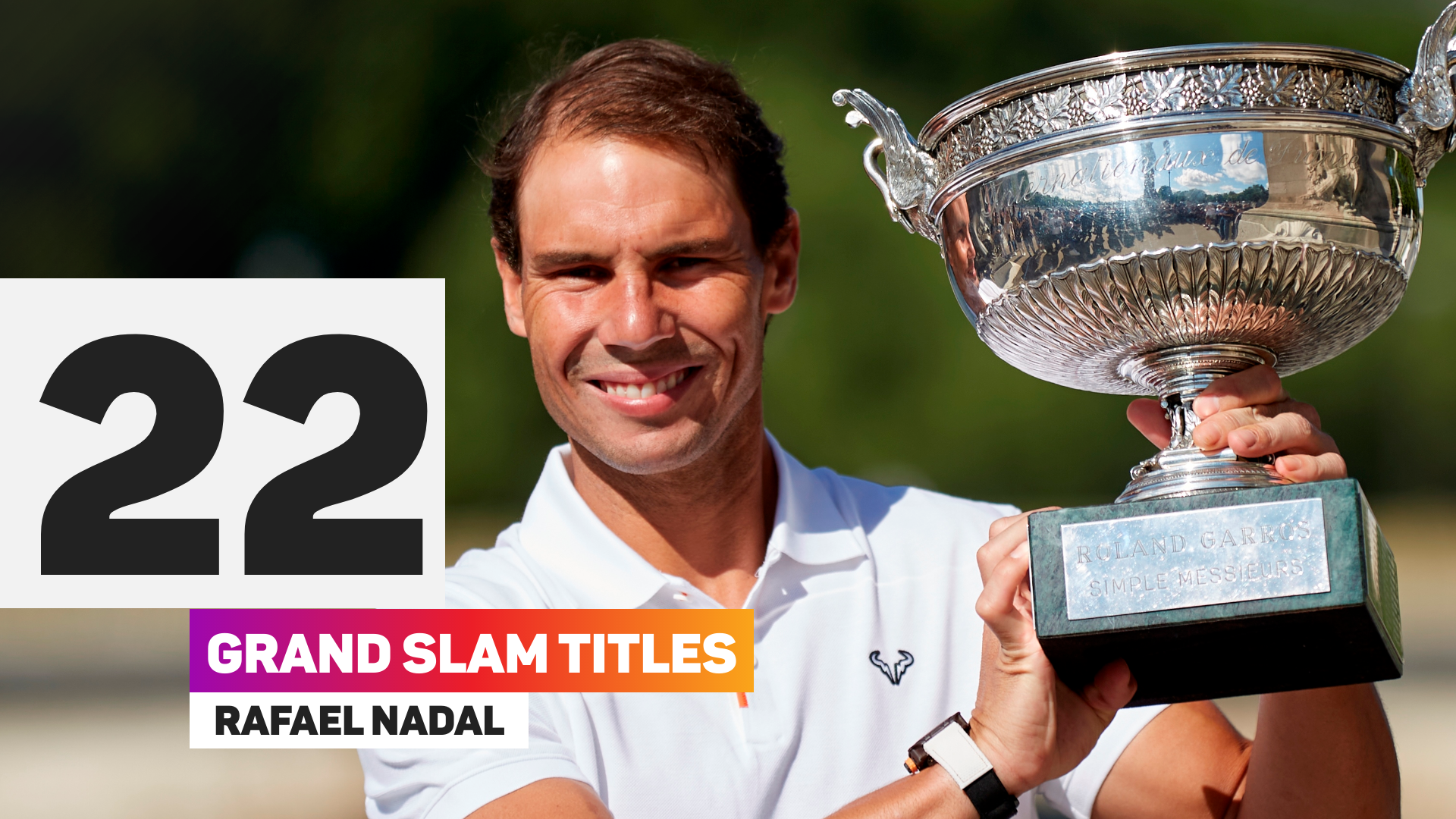 Another record in women's singles?

Teenage Brit Raducanu made history when she became the first qualifier to win a major title last year, beating Leylah Fernandez in the final.

Swiatek has dominated the women's game for much of this year, the highlight being her second French Open triumph.

With the retired Ash Barty, Swiatek and Rybakina taking the singles titles in 2022, there could be four different gram slam champions for a fifth consecutive season - excluding 2020 - and that would be the longest such streak in the Open Era.

While Nadal will be the Spaniard with the largest burden of expectation on his shoulders, Carlos Alcaraz should be a big threat in New York.

The 19-year-old could become the fifth player in the Open Era to reach at least the quarter-finals in his first two appearances at Flushing Meadows after Ken Rosewall, Arthur Ashe, John Newcombe and Johan Kriek.