U.S. Open: The experts' picks to win in Massachusetts

Stats Perform experts look at some leading contenders at this week's U.S. Open at The Country Club.

The season's third major begins on Thursday in Brookline, Massachusetts as the U.S. Open gets under way at The Country Club.

There will be a strange feeling at the tournament with it being the first major since the controversial LIV Golf International Series began.

The USGA has confirmed that players involved in the Saudi-backed breakaway who qualified for the U.S. Open will still be allowed to compete, despite the PGA Tour taking a harder stance and suspending those who played in last week's inaugural LIV Golf event in London.

That means the likes of Phil Mickelson, Dustin Johnson and Sergio Garcia will be present in Brookline.

We're BACK at Brookline!

Find out when all of your favorite players will tee off at The Country Club.

Tiger Woods will not participate due to fitness concerns, but there are plenty of other potential candidates to go for victory at The Country Club, such as world number one Scottie Scheffler and defending champion Jon Rahm.

Stats Perform's experts have taken a look at who they believe could succeed.

Rory McIlroy has set the standards on and off the course in recent weeks, his win at the Canadian Open coming after he had pledged his allegiance to the PGA Tour in the midst of the inaugural LIV Golf event. That was the Northern Irishman's 21st PGA Tour title, fittingly edging him ahead of LIV Golf CEO Greg Norman, a fact McIlroy himself was quick to point out. In Massachusetts, McIlroy can distinguish himself even further from the likes of two-time major winner Norman as he seeks a fifth such title and second at this event. With accuracy off the tee likely to yield a premium on this course, McIlroy has the game to match his momentum and will doubtless be well backed by punters and fans alike. Sunday also marks 11 years to the day since McIlroy won the U.S. Open, collecting his first major success in the process. 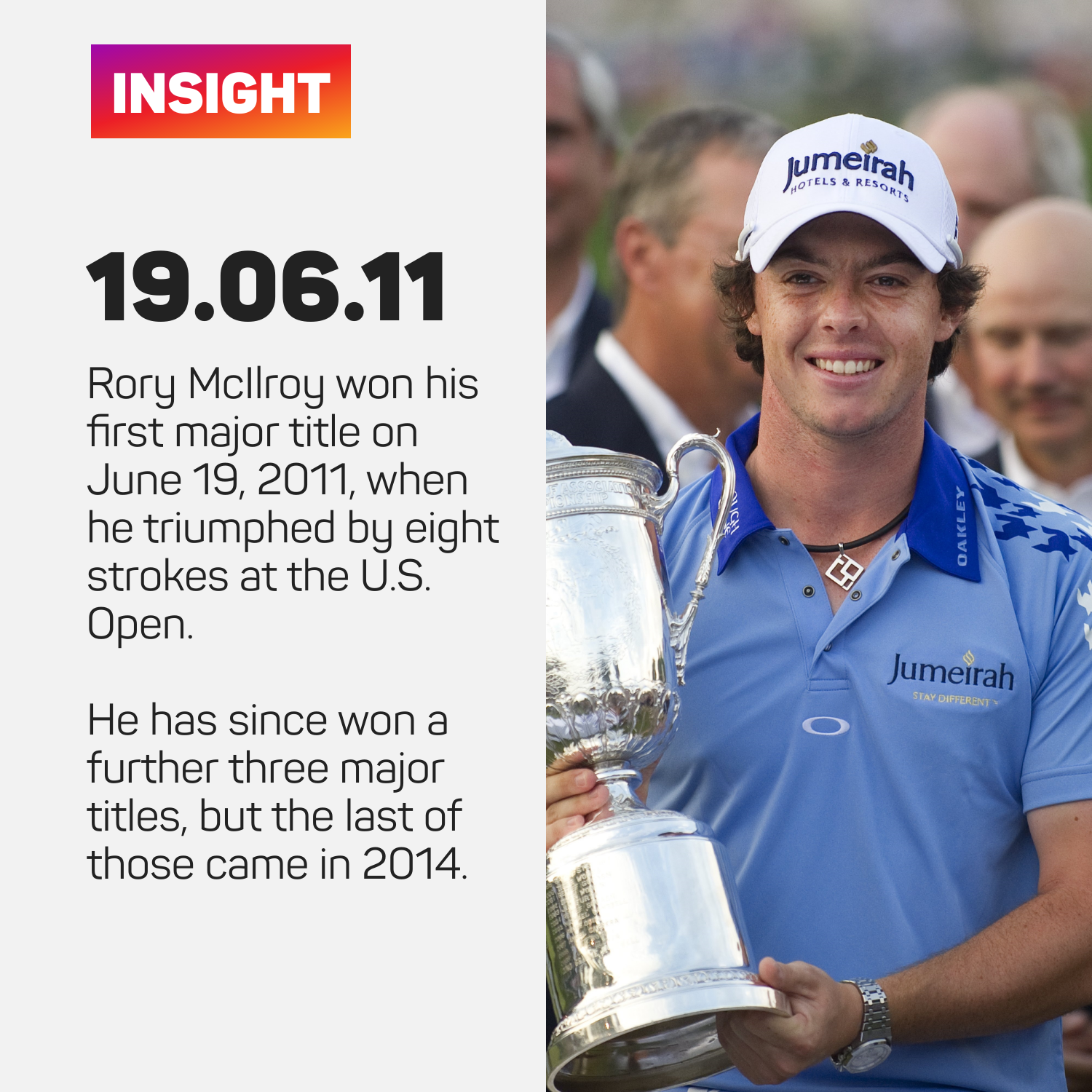 Sure, Rory's return to the winners' circle at a major would be great, but that story surely pales next to the possibility of one of the LIV Golf rebels swooping in and taking the title. Johnson likely remains the breakaway league's best bet. Of course, he would not be a popular winner in front of a presumably vociferous Boston crowd, and the form book is not in his favour either, but Johnson has the talent to spoil the party; a U.S. Open victory in 2016 was the third of three straight top-five finishes – and it was only 18 months ago he was dominating the Masters. The 37-year-old has not won any event this year, in what stands as a career first, but this would be some time to end that drought.

"I've never really played the game of golf for monetary reasons. I play for the love of the game, and I want to play against the best in the world. I've always been interested in history and legacy, and right now the PGA Tour has that." Those were the words of world number two Rahm, who is out to defend his title this week. Rahm finished T23 on his first appearance at the U.S. Open as a low amateur back in 2016, before he failed to make the cut in the next two years. However, he was tied for third in 2019 and T23 in 2020 prior to clinching his first major crown last year, finishing with two birdies on the final two holes to become the first Spanish golfer to win the major. The 27-year-old ranks first on the PGA Tour for shots gained off-the-tee, and although he struggled at the US PGA Championship, he has the opportunity to make history and create the legacy he dreams of in Massachusetts. 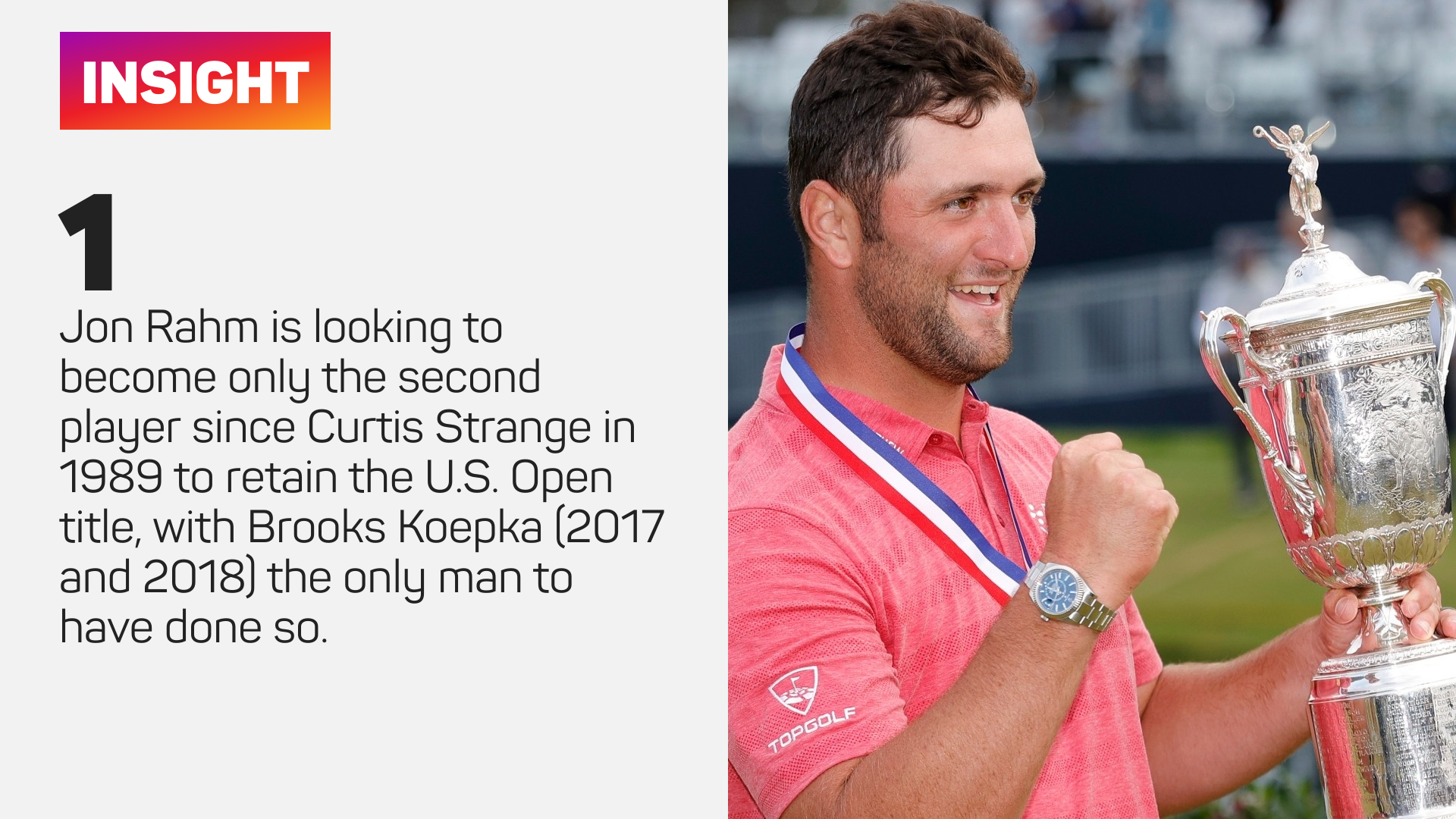 ROSE CAN BE A THORN IN RIVALS' SIDE – Peter Hanson

On the face of it, tipping a player ranked 48th in the world without a win to his name since January 2019 (Farmers Insurance Open) looks a little right field. At the time of that triumph, Justin Rose was world number one, but it has been a pretty mixed bag since then. Momentum is king in golf, though, and the Englishman scored a tie for fourth at the Canadian Open last weekend after shooting a sensational 10-under-par 60 in round four. Moreover, to win a U.S. Open you have to fight and scramble for a good score – qualities Rose, the 2013 champion, certainly possesses.

THOMAS HAS THE ENGINE NOT TO TANK – David Segar

Having won the PGA Championship at Southern Hills Country Club in May, Justin Thomas comes into this full of confidence and with good reason. He showed incredible fight to edge victory against Will Zalatoris in a play-off in Tulsa, having trailed by eight shots with 10 holes to play in the final round. Ranked fifth in the world, Thomas has always had the talent but, like many, it was always a question of putting it all together when the majors came around. With the experience of doing so fresh in his mind, and showing good form with third place at the Canadian Open, Thomas could pull off the rare feat of back-to-back major wins.

Li Haotong struggled to describe his emotions after overcoming Thomas Pieters in a play-off to win the BMW International Open.

Chun In-gee has a chance to win her third major trophy, coming into the final round of this weekend's Women's PGA Championship.

Thomas Pieters is three shots adrift of BMW International Open leader Li Haotong after another fine round from the Chinese player.