Jonas Vingegaard says life could not be any better after securing his first Tour de France title in Paris on Sunday.

The Jumbo-Visma rider crossed the line on stage 21 in unison with his team-mates at the end of a largely processional finale in the French capital.

Vingegaard had a lead of more than three-and-a-half minutes on back-to-back champion Tadej Pogacar heading into the 116-kilometre stretch, and his triumph was never in doubt.

He is the second Dane to win Le Tour, after Bjarne Riis in 1996, while it is the first time in 30 years the winner of the race has been a native of the country where the race started.

Saluting his victory on the Champs-Elysees, an emotional Vingegaard said: "It's just incredible. I have finally won the Tour. Nothing can go wrong anymore.

"I'm sat with my daughter. It is just incredible. It is the biggest cycling race of the year, the biggest one you can win, and now I have done it. Nobody can take this away from me."

Vingegaard finished in the chasing bunch on the final stage, which was won by Jasper Philipsen, to retain the yellow jersey that he had been in possession of since stage 11.

Pogacar's hopes of a third title in a row were effectively ended on Thursday when Vingegaard increased his GC lead after the final mountain stage in the Pyrenees. 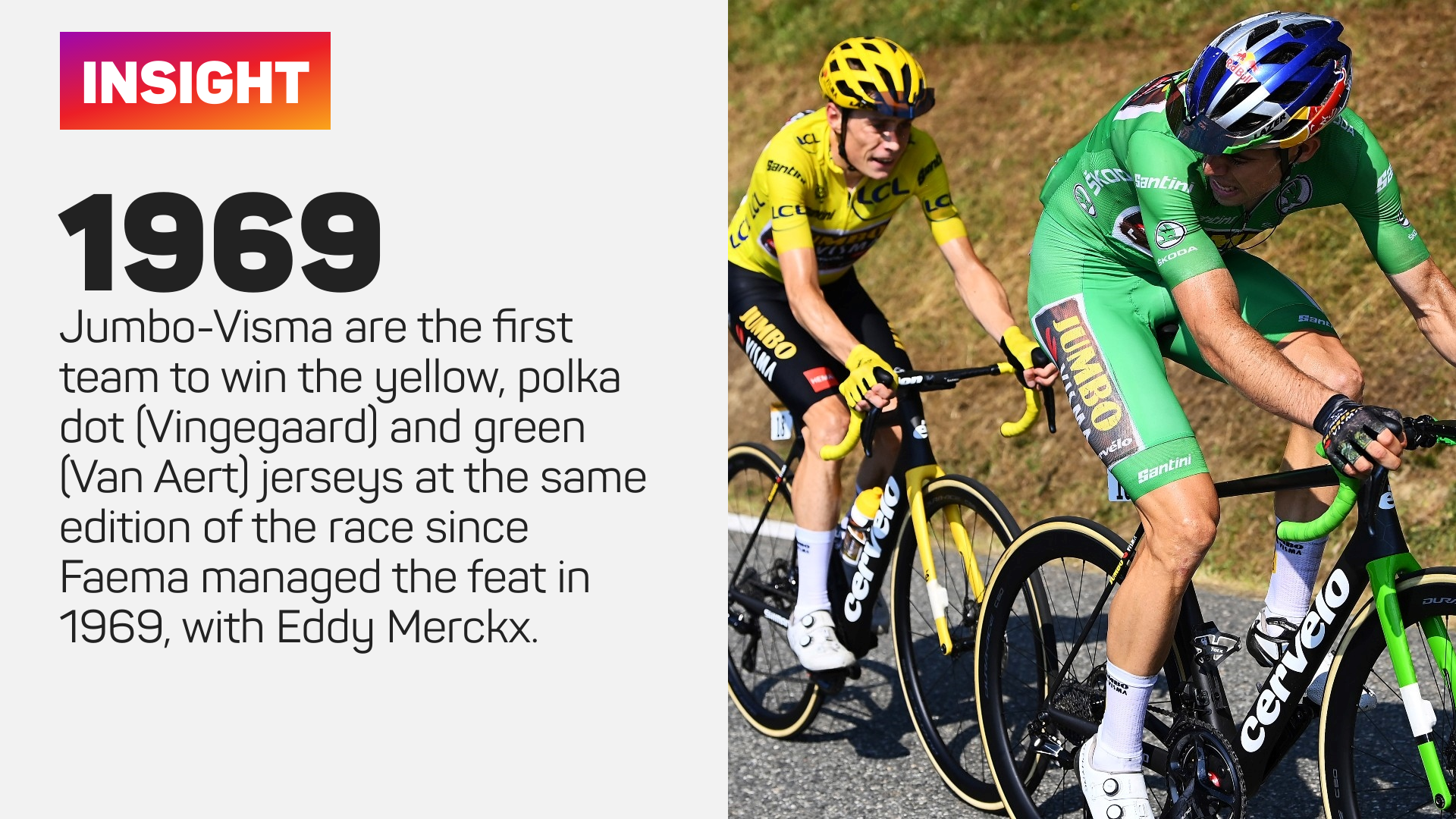 "I always had the feeling that at least I could fight for the win," Vingegaard added. "But I think in the end, when I really started believing was after the stage.

"I always believed in the victory, but I was thinking something really has to go wrong after Hautacam."

Asked how he plans to celebrate, Vingegaard said: "Tuesday, I go to Holland, Wednesday in Copenhagen, Thursday in the town I live in, and Friday, I'll be on the couch for a week!

"Of course, I'm super happy about my victory now. Of course, now I want to celebrate, relax, but then I also want more, yes."

Vingegaard was also crowned King of the Mountains, while team-mate Wout van Aert came out on top in the Points Classification.

Jumbo-Visma are the first team to win the yellow, polka dot and green jerseys at the same edition of the race since Faema managed the feat in 1969, thanks to Eddy Merckx.

Vuelta a Espana: Roglic aims for historic success as Valverde has his last dance

Jonas Vingegaard stole the show at the Tour de France, but Jumbo-Visma team-mate Primoz Roglic will be the main man at the Vuelta a Espana.

Quintana pulls out of Vuelta a Espana amid drug infringement allegations

Nairo Quintana was retrospectively disqualified from the Tour de France on Wednesday, and has now withdrawn from the Vuelta a Espana.

Chris Froome contracted COVID-19 during the Tour de France and has only just recovered ahead of the Vuelta a Espana starting on Friday.