Eddy Merckx's all-time stage record is back within Mark Cavendish's sights after he got back to winning ways at the Tour de France.

Mark Cavendish claimed an emotional victory to cap a fourth stage in the Tour de France that had begun with a rider protest.

Sprint legend Cavendish claimed his 31st stage win – albeit this was his first since 2016 – as he came through in a battle for the line to round out a 150.4-kilometre journey from Redon to Fougeres.

Clearly overwhelmed at his achievement, the British rider struggled for words during his post-race interview, admitting he feared there would be no further opportunities to add to his impressive career tally at Le Tour.

His place on the Deceuninck–Quick-Step squad only came about after an injury to Sam Bennett, the unexpected chance allowing the 36-year-old to end a drought spanning four years and 348 days thanks to a trademark strong finish.

"I don't know what to say. Just being here is special enough, I didn't think I'd ever get to come back to this race," Cavendish – who now sits three wins short of Eddy Merckx's all-time stage record – told the media.

"So many people didn't believe in me, but these guys do.

"I thought I was never coming back to this race, honestly. When you come to Deceuninck–Quick-Step, they've got the best riders in the world. The stars aligned somehow."

The drama at the end of proceedings came after the peloton had staged a protest as soon as Tuesday's proceedings started, a collective move made to raise concerns following a crash-filled Stage 3.

CPA Cycling - the association of active pro riders - issued a short statement on Twitter to explain the decision, with competitors hoping for a change to safety measures, including a change to the ruling over late accidents.

"At KM 0 of today's stage of the Tour de France, riders paused in solidarity as part of their calls for UCI to set up discussions to adapt the 3 km rule during stage races," CPA Cycling tweeted.

Primoz Roglic, who had suffered injuries after a heavy fall on Monday, was able to continue with the aid of plenty of strapping. Caleb Ewan was not so fortunate, however, as he was ruled out with a broken collarbone sustained after going down in the sprint, having tangled with Peter Sagan.

With the flat stage ideal for sprinters, Mathieu van der Poel was able to retain the yellow jersey. He remains eight seconds clear of Julian Alaphilippe. 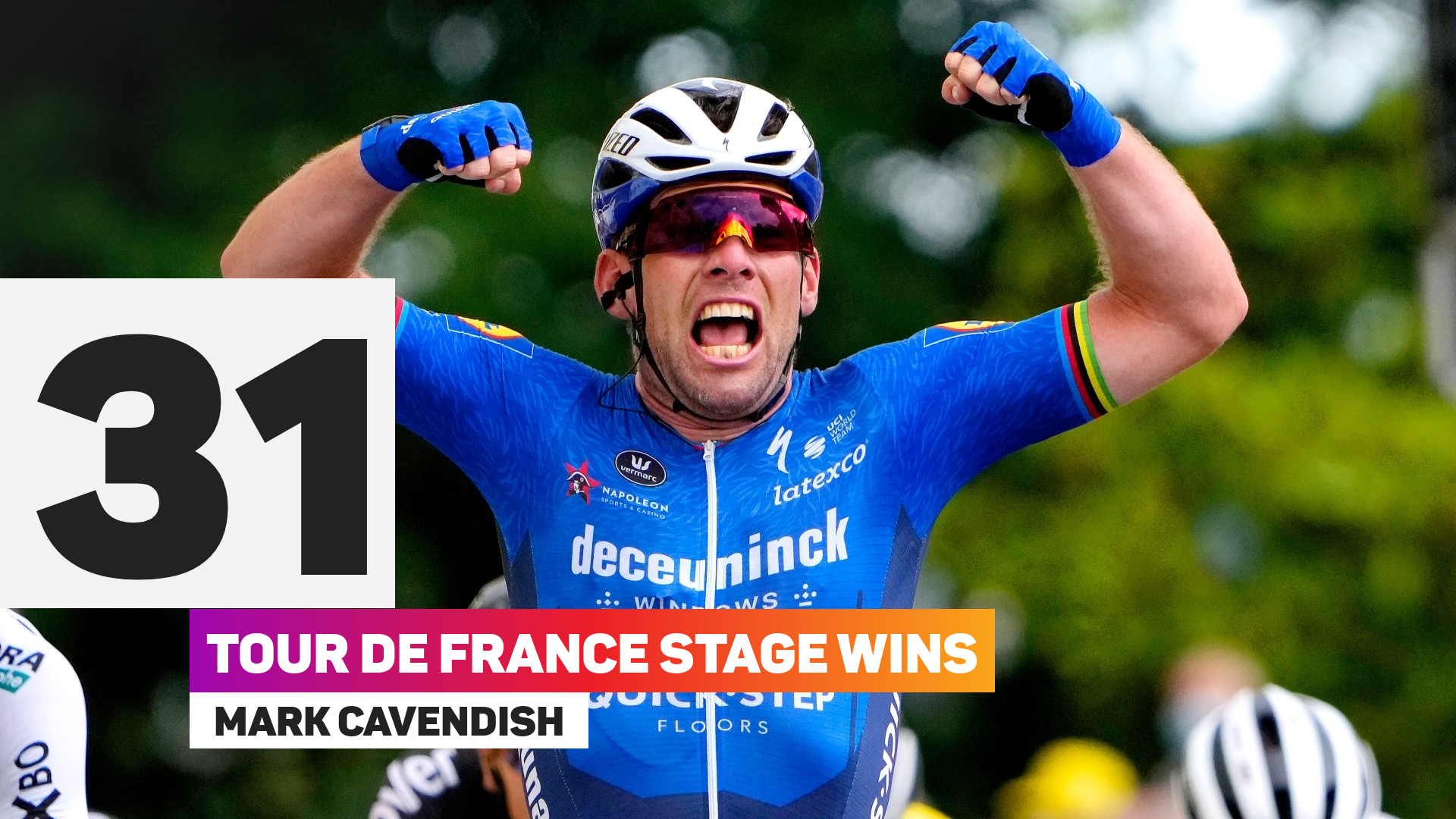 Tadej Pogacar looked unbeatable heading into the Tour de France, but Jonas Vingegaard and Jumbo-Visma proved he is human after all.

Jonas Vingegaard was forced to settle for second on stage 20 of the Tour de France behind Wout van Aert, but is set to win the title.

Jonas Vingegaard was forced to settle for second on stage 20 of the Tour de France behind Wout van Aert, but is set to win the title.

Jumbo-Visma had their fifth stage win at the 2022 Tour de France on Friday as Christophe Laporte raced to a dazzling triumph in Cahors.

Wout van Aert set the platform before Jonas Vingegaard sprinted to victory at stage 18 of the Tour de France on Thursday.