Alexander Zverev apologised to Novak Djokovic after ending the Serbian superstar's hopes of a glorious Golden Slam – but joked it was about time someone else landed a major tennis title.

In their Olympic Games semi-final, it seemed Djokovic was cruising through to the gold medal match when he surged a set and a break of serve ahead.

Djokovic swept to Australian Open, French Open and Wimbledon trophy success before heading to Japan for the Olympics, the fourth leg of a potential sweep of each of the year's majors and the Tokyo 2020 singles title.

He had spoken of it becoming closer to a reality, as he attempted to match Steffi Graf's achievement from 1988, when she followed triumphs at each of the slams by winning in the October 1 final at the Olympics, held in Seoul that year. Graf remains the only player to have pulled off the feat in the same year.

Zverev had other ideas, but he also had sympathy for Djokovic when they exchanged words at the net.

"I told him that he's the greatest of all time, and he will be," Zverev said.

"I know that he was chasing history, chasing the Golden Slam and chasing the Olympics, but in these kind of moments me and Novak are very close. Of course I'm happy that I've won, but at the end of the day I know how Novak feels.

"I feel sorry for Novak, but he's won 20 grand slams, 550 Masters Series or whatever, you can't have everything.

"He's the greatest player of all time, he will win the most grand slams out of anybody on tour, but I'm also happy that I'm in the final." 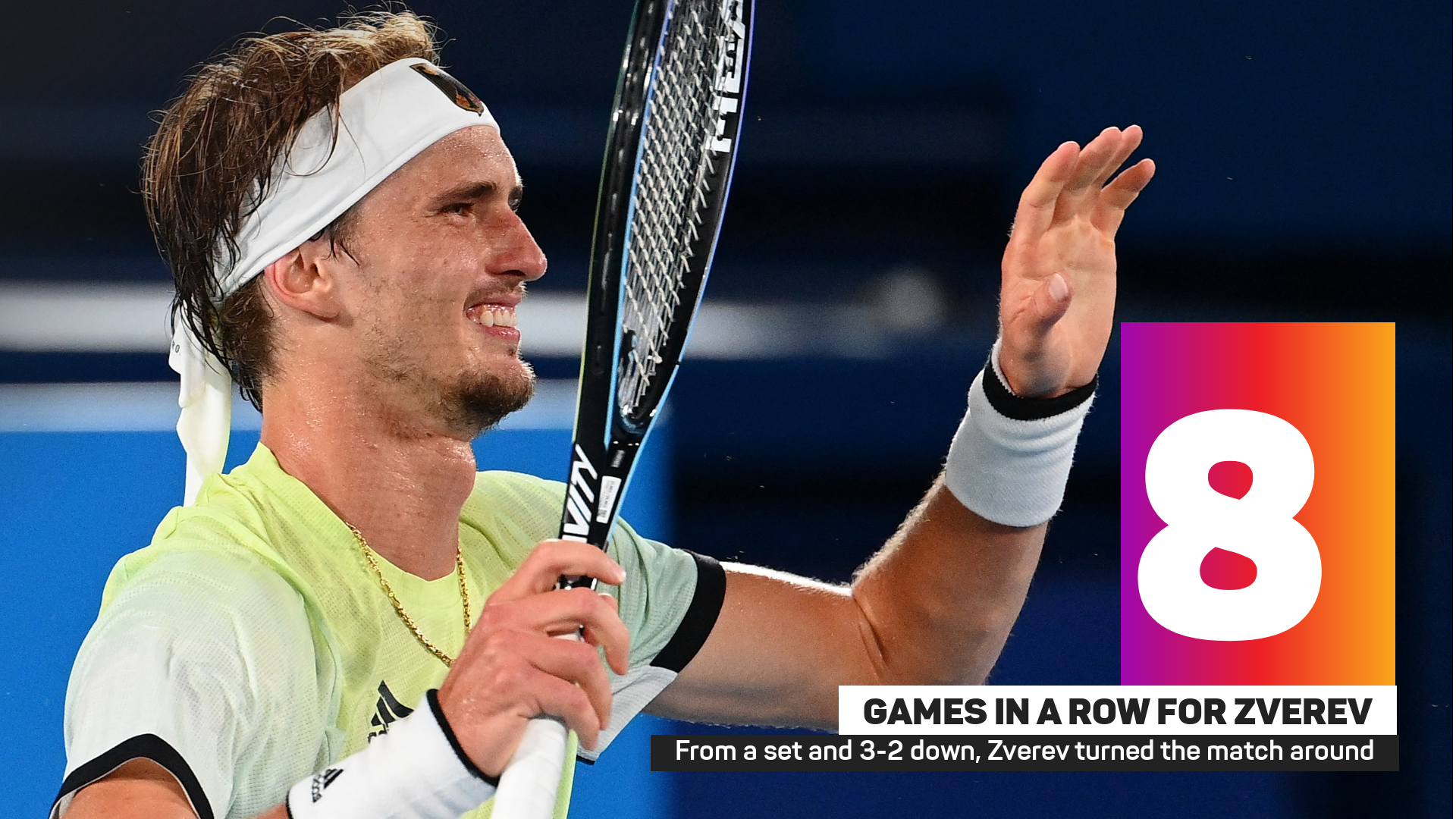 Victory at Wimbledon earlier in July took 34-year-old Djokovic to 20 grand slam titles, level with Roger Federer and Rafael Nadal for the most by a man in the history of tennis, and Zverev was lurching towards becoming his latest victim when their Tokyo tussle began in a one-sided manner.

"I was down a set and a break, so I needed to change something. I started playing much more aggressive," Zverev said. "I started to swing through the ball a little bit more, and I tried to dominate that way."

Zverev is assured of at least a silver medal now, while Djokovic faces a bronze medal play-off against Spain's Pablo Carreno Busta.

"It's an amazing feeling knowing that you're going to bring the medal back to your house, back home to Germany," Zverev said.

"It's incredible beating the best player in the world undoubtedly right now and in this season. It seemed it was impossible to beat him at this event, so I’m very happy right now. But yet there's still one match to go."

US Open: Cramping Medvedev was close to breakdown before seeing off Djokovic, references FIFA celebration