Team USA restored some confidence with victory over Iran and Kevin Durant insisted the chemistry of the side was never in question.

Kevin Durant feels the key to the United States' confidence-boosting win over Iran at the Tokyo Olympics was down to becoming more selfish and playing with freedom.

Team USA's 25-game winning run in the men's basketball at the Games was ended by France last week but they responded with a 120-66 victory against Iran on Wednesday.

That loss to France followed exhibition defeats to Australia and Nigeria in the build-up to the event, leading to questions over the cohesion of the record 15-time gold medallists.

But Gregg Popovich's side answered those critics against Iran with a comprehensive victory in which they played fast, aggressive basketball throughout.

Damian Lillard, one of those to come in for heavy criticism following the opening-game defeat, top-scored with 21 points, all from beyond the arc.

USA knocked down 19 3-pointers and 22 of their 37 shots (62 per cent) inside the arc as they showed signs of the quality that has taken them to three successive gold medals.

Brooklyn Nets forward Durant insists the chemistry of the side was never in question as he highlighted the changes made between matches.

"After a tough loss last game, today we came out with more freedom as individuals and took the shots that we normally like to take," Durant said.

"They went in tonight, and we guarded up, so it was a good step.

"I felt like we were in sync last game, but like I've been saying, it's a make or miss game today.

"We created good shots last game and I think today it's the continuity of what we've been doing over the last week. We finally capitalised on the stuff that we've been working on.

"Like I said, our chemistry has been great since day one. We're all excited to be here, I mean this is the Olympics, this is the national team.

"But I think we were a bit too unselfish early on and tried not to step on toes. That bit us before.

"Tonight the guys came out there and were super aggressive to look for their shot but also keep everybody involved, and we were able to make some shots.

"Damian came out, got it scorching for us, so we're going to need that going forward." 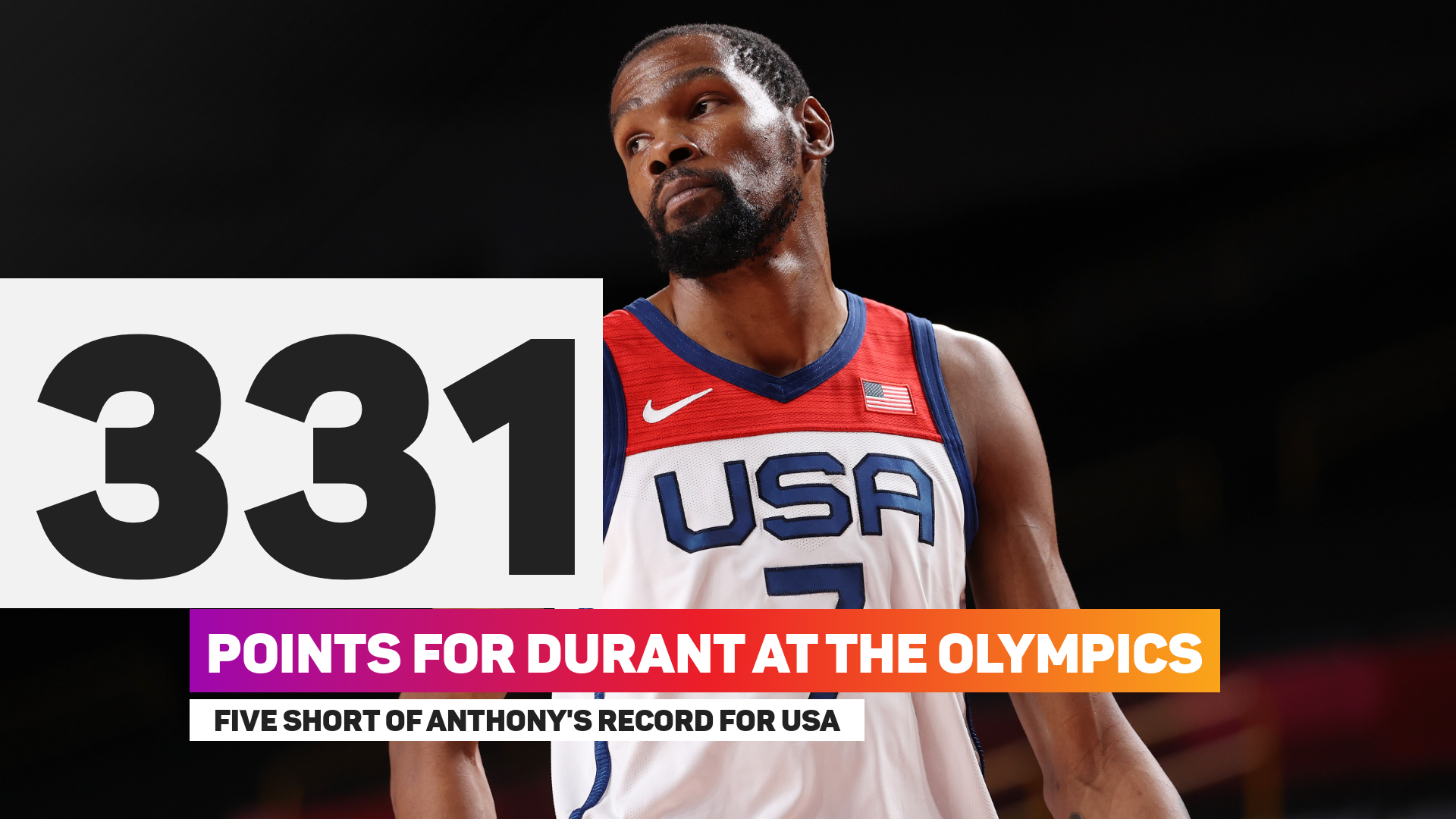 Head coach Popovich rotated his roster against Iran by bringing in Jrue Holiday and Devin Booker, who were brought off the bench against France.

"In the last game we have to play two 'bigs' and I think that might have clogged it up a bit for us all offensively," Durant added.

"Defensively we've been solid the whole time, but offensively we were trying to find our rhythm.

"I played the four [position], so I was able to stretch the floor a bit and give guys space and we were able to get some confidence and knock some shots down."

A victory over the Czech Republic on Saturday will guarantee the world's top-ranked side a place in the quarter-finals.

That next match will also provide Durant with his next opportunity to surpass Carmelo Anthony as USA men's basketball all-time Olympic top scorer.

Durant managed 10 points against Iran, moving him to within five of Antony's record (336).

Sudirman Cup: Malaysia kick off campaign with 3-2 win over England

Malaysia opened their Sudirman Cup campaign with a 3-2 victory over England on Monday to put one foot in the knockout stage of the competition held in Vantaa, Finland.