LeBron James and Steph Curry are absent, but Team USA still have the talent to win gold. That does not mean it will be straightforward.

The United States are always favourites at the Olympic Games – and rightly so. In 18 entries to the men's basketball event, Team USA have collected 18 medals, 15 of them gold.

But those three defeats serve as a warning for Gregg Popovich's side.

And any remaining complacency heading to Tokyo 2020 – in pursuit of a fourth straight title – should have been shifted by their initial pre-tournament exhibitions.

The United States lost to Nigeria last Saturday and then to Australia two days later, their third and fourth defeats in exhibitions since first fielding NBA players with the formation of the 'Dream Team' in 1992.

"It was better," as Popovich said, in Tuesday's win over Argentina – "bit by bit, every day, I hope," the coach added – but the pressure is still on, as consistent results must follow when the real action begins. 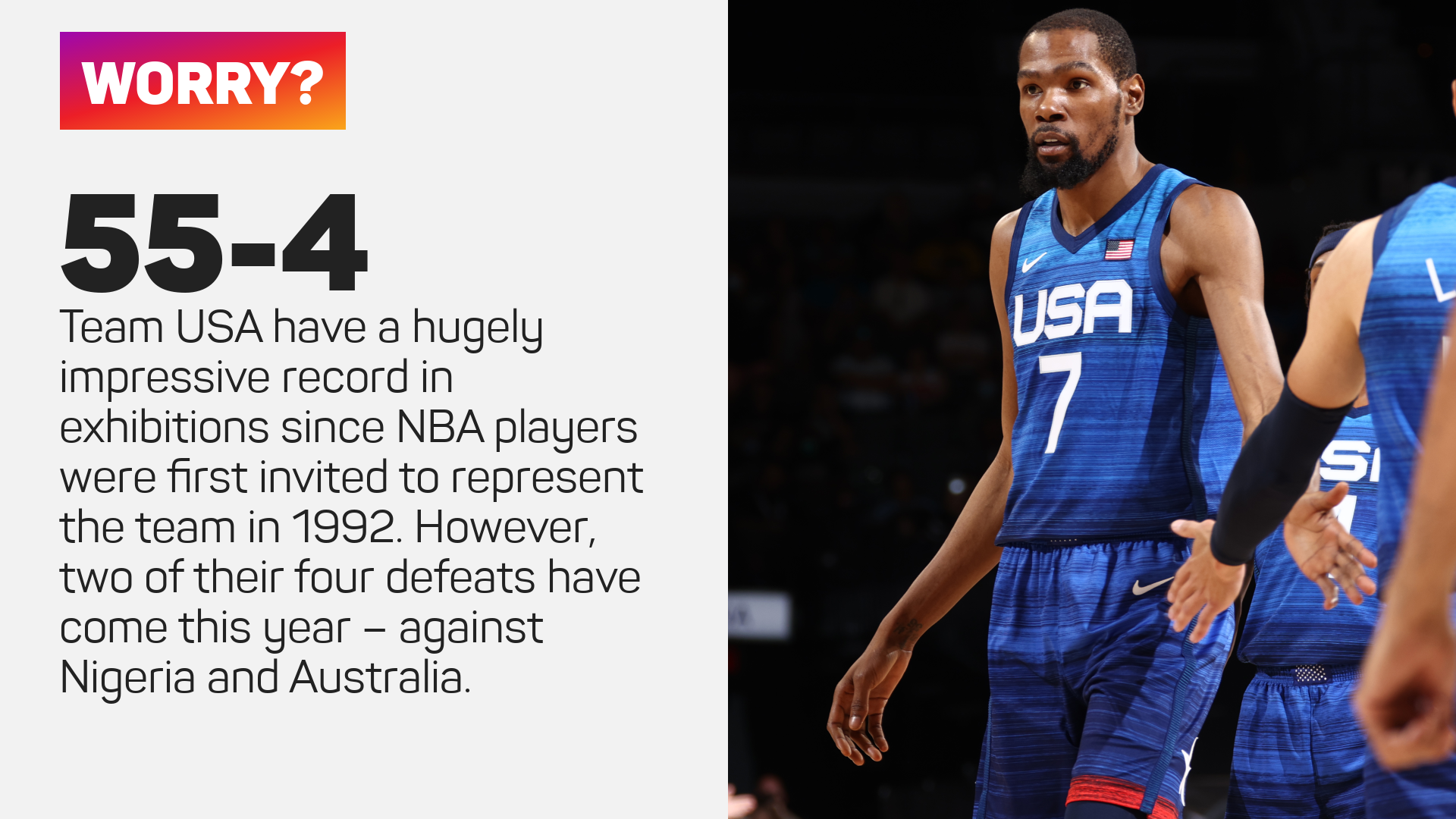 Of course, Team USA have never failed to advance from the preliminary round and that spotless record is highly unlikely to change this year. A kind draw has thrown up only one true test, but it comes first up: against France.

Utah Jazz center Rudy Gobert – the three-time NBA Defensive Player of the Year – put up a game-high 16 rebounds in that France victory and his size is a real problem for familiar opponents.

Gobert led the league with 2.7 blocks and 10.1 defensive rebounds per game in 2020-21, snaring 33.5 per cent of defensive boards while on the floor for the third-best mark in the NBA.

Bam Adebayo and Draymond Green might be versatile but, as the two preferred American options at the five, finding joy in the middle seems unlikely, while Team USA might also struggle to stop 7ft 1in Gobert on defense. His 67.5 per cent shooting was another benchmark.

However, the talent elsewhere in the Team USA lineup should ensure they have enough to win most matchups.

Kevin Durant shot 52.3 per cent from the midrange and 45.0 per cent from beyond the arc in the regular season; only two players made more threes than Damian Lillard (275), who then broke Klay Thompson's record with 12 makes from deep in a single playoff game against the Denver Nuggets.

The opener could either see Durant and Co lay down a marker for the rest of the tournament or provide other contenders with a blueprint for beating the United States. 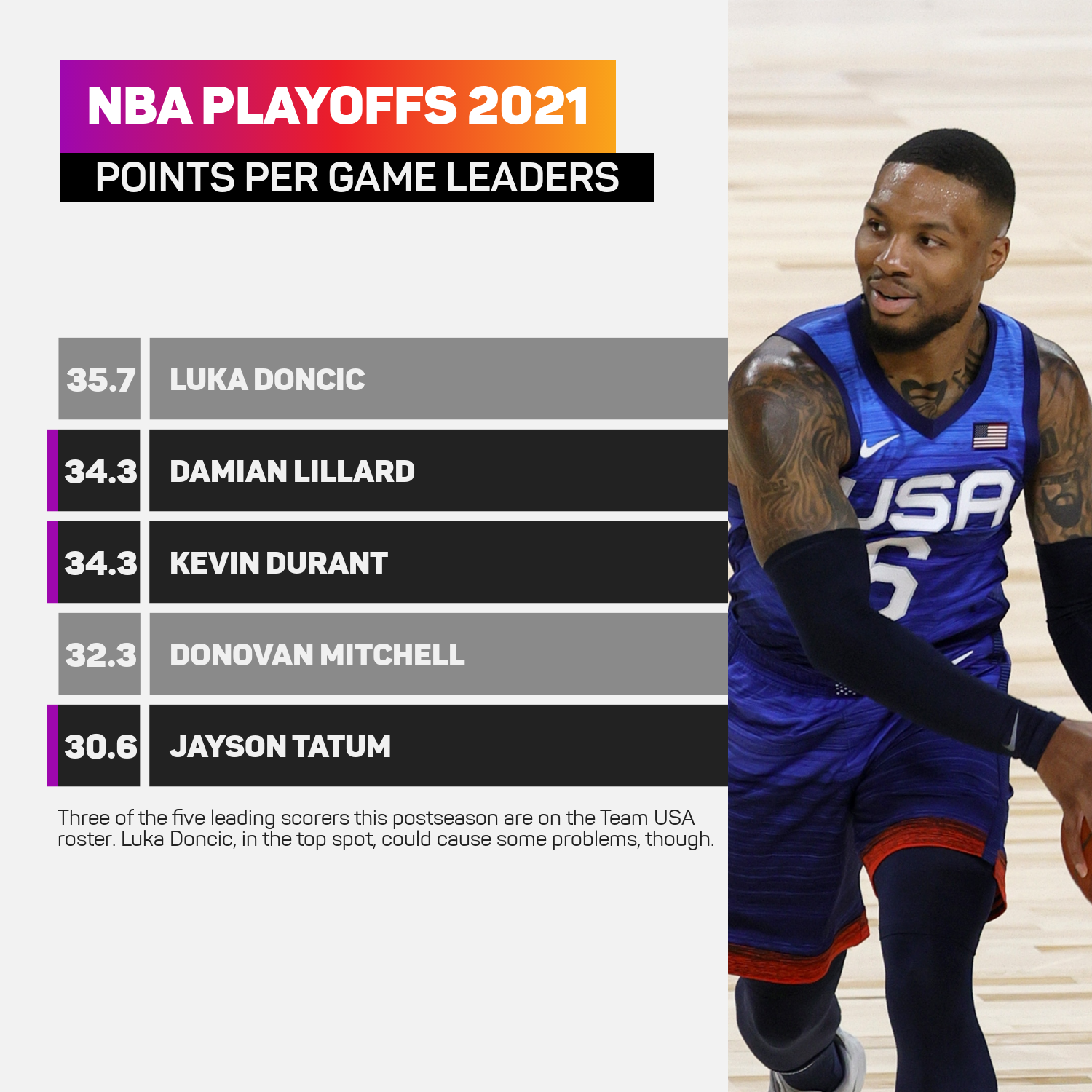 BOOMERS BANG UP FOR MEDAL PURSUIT

Australia are far from the biggest team at the Games, but they have already shown the joy that can be found in the paint against Team USA, scoring 44 points from inside the key in their exhibition win.

The Boomers' effective, well-executed gameplan was all the more impressive given the unsettled nature of their team.

They have changed coach three times since the World Cup, and star name Ben Simmons is absent – working to "develop that skill package and improve in a couple of areas", Brian Goorjian said, after averaging an awful 9.9 points per game in the playoff series defeat to the Atlanta Hawks.

But Philadelphia 76ers team-mate Matisse Thybulle is still on hand to provide defensive energy, having led the NBA in steal percentage (3.9), while Patty Mills remains more reliable at international level than for Popovich's San Antonio Spurs.

Four times beaten in the bronze medal game, Australia will expect to finally secure some hardware, yet Group B also contains a dark horse in the form of Nigeria, who followed up their own victory against the United States by dominating Argentina.

Miami Heat guard Gabe Vincent had 21 points against the country of his birth, a total he has only once topped in his NBA career to date.

Nigeria have chemistry, talent and, in Golden State Warriors associate head coach Mike Brown, coaching experience. They have also played so far like they have a point to prove. 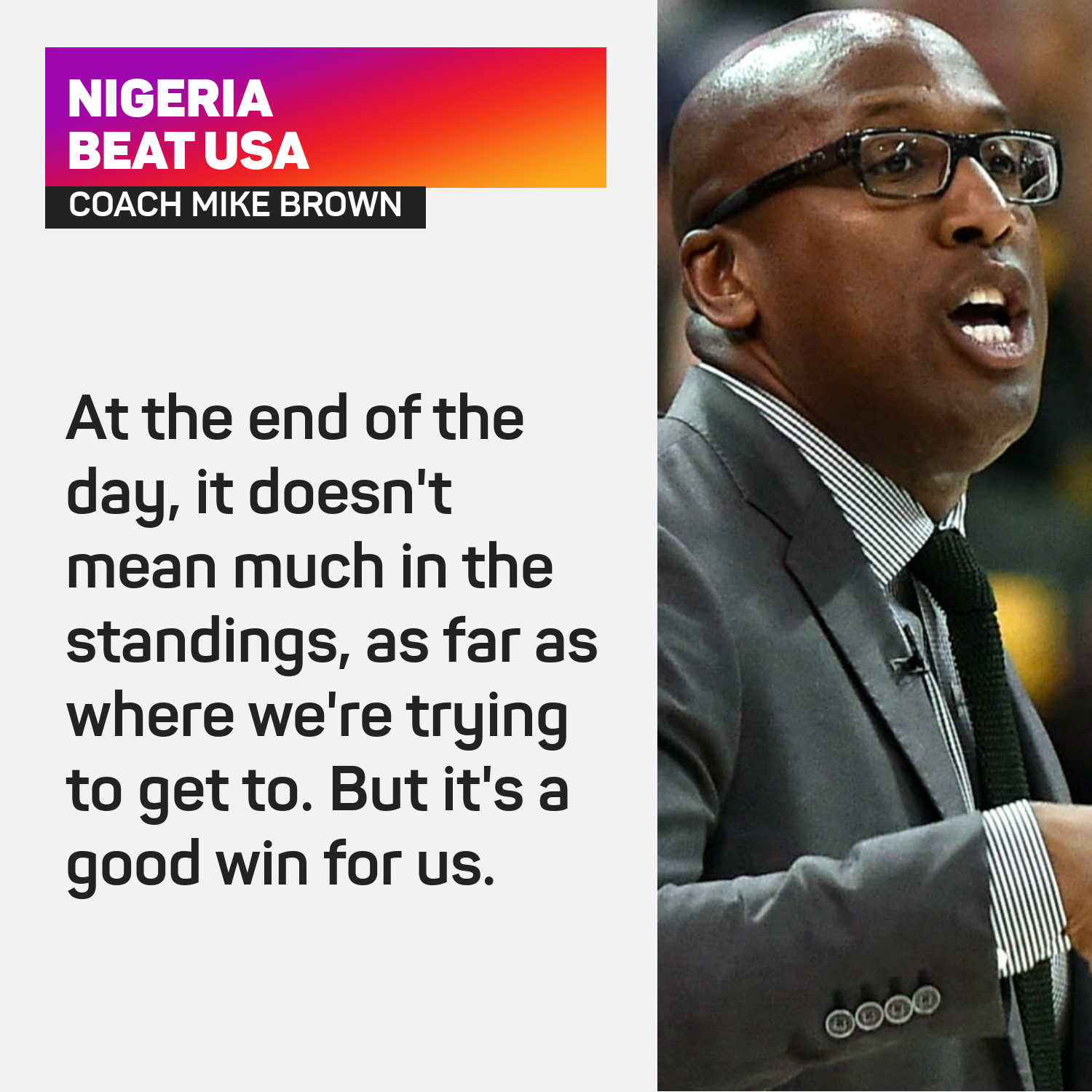 DONCIC DRAWN INTO GROUP OF DEATH

Second and third pool games against Iran and the Czech Republic respectively should see that there is no jeopardy for the United States early on, but Group C shows how tough this tournament can be.

There will be a rematch of the 2019 World Cup final between Spain and Argentina, while hosts Japan will hope to make some noise. Then there is Slovenia, led of course by Luka Doncic.

One of the most exciting young talents in the world, Doncic has already shown himself capable of dragging a team to against-the-odds victories single-handedly.

The 22-year-old, whose 36.0 per cent usage rate led the NBA this year, was unsurprisingly named the MVP at the Olympic Qualifying Tournament in Kaunas just three weeks after forcing the Los Angeles Clippers to go to a Game 7 in the first round of the playoffs.

Doncic has averaged 33.5 points across his 13 career postseason games – all of which have come against the Clippers. No player in NBA history has played 13 playoff games or more and averaged more, with Michael Jordan second on 33.4.

But Doncic has lost both of those series to date and is now faced with some hugely experienced players at this level. Argentina's Luis Scola and Spain's Pau Gasol – who moved to Barcelona specifically to prepare for the Games – are both in their 40s.

Should Doncic guide his country into the knockout stage, though, Team USA would undoubtedly be wary of taking on the two-time All-NBA First Team selection.

Japan edged closer to a first Olympic medal in women's basketball after they clinched a thrilling victory over Belgium.

Team USA trailed by 10 points in the second quarter of their quarter-final with Spain, but Kevin Durant inspired them to victory.

A world-record breaking day on the track was capped off by Simone Biles' first appearance in Tokyo since her withdrawal last week.

Pandelela Rinong shook off a potential foot injury to complete her women's 10-metre platform final outing at the 2020 Olympic Games.