American Biles, a four-time Olympic gold medal-winning gymnast, pulled out of the individual all-around final and the women's team final this week to focus on her mental wellbeing.

Japan's Osaka withdrew from this year's French Open tennis and opted not to play at Wimbledon after speaking of battles with depression and anxiety, although she has taken part in the Olympics.

Four-time golf major winner McIlroy, who is representing Ireland in his first Olympics, has previously opened up about his own struggles.

And the 32-year-old said he was fully behind Biles, Osaka and other athletes for ensuring discussions around the subject are "not taboo anymore".

"I live in the United States and anything that came on the TV about the Olympics it was Simone Biles. I mean it was the Simone Biles Olympics, right?" McIlroy said.

"To have the weight of 300-whatever million [people in the USA] on her shoulders is massive.

"Just as I thought Naomi Osaka was right to do what she did at the French Open and take that time off and get herself in the right place, I 100 per cent agree with what Simone is doing as well.

"You have to put yourself in the best position physically and mentally to be at your best and if you don't feel like you are at that, or you are in that position then you are going to have to make those decisions.

"I'm certainly very impressed, especially with those two women to do what they did and put themselves first.

"I'm glad that at least the conversation has started. There's been a few athletes that have really spoken: Michael Phelps, Kevin Love, Naomi Osaka, Simone Biles. The conversation, it's not taboo anymore." 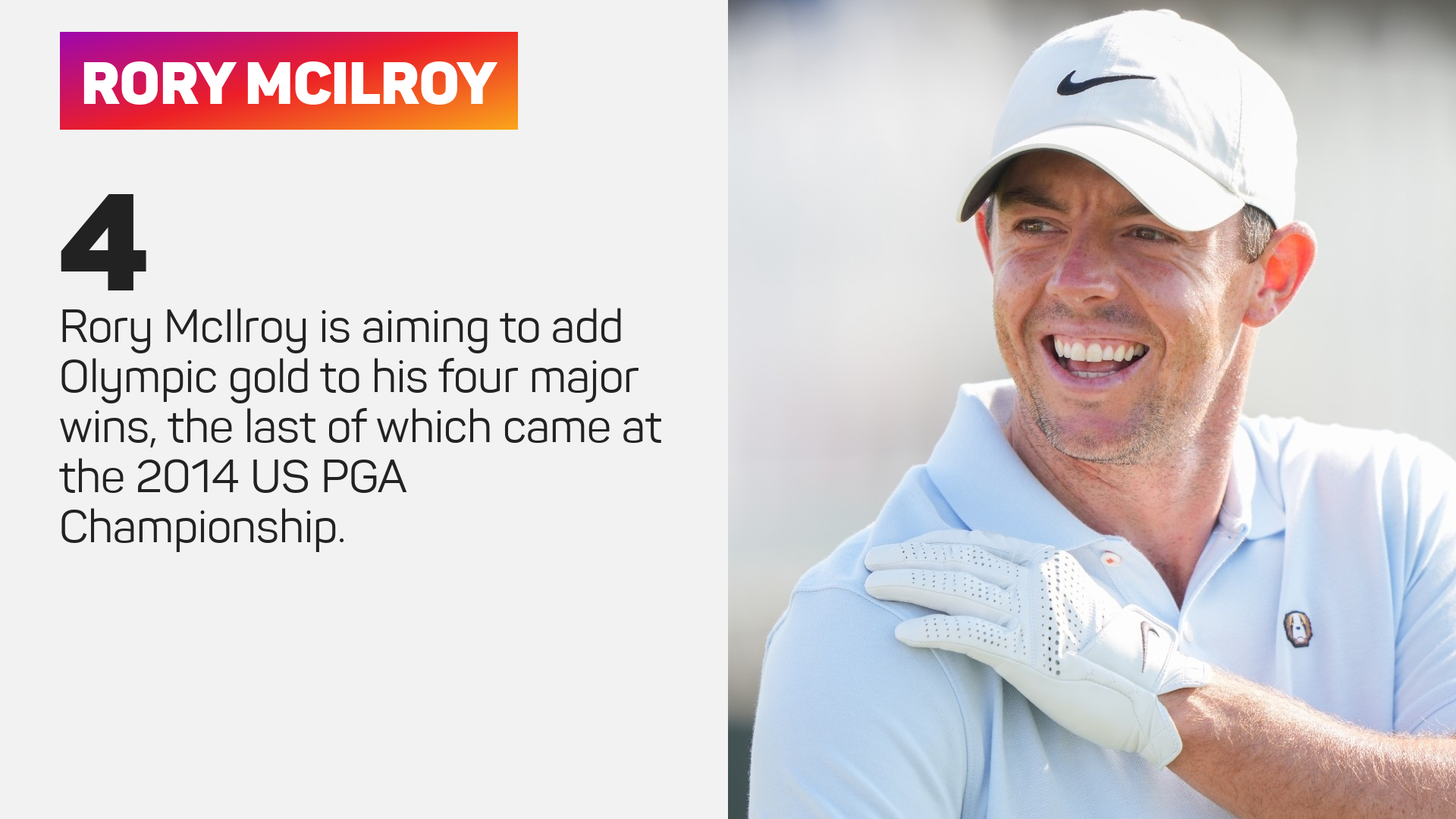 "People can talk about it. Just as someone has a knee injury, or an elbow injury, if you don't feel right 100 per cent mentally that's an injury too," he said.

"I think in sports there's still this notion of powering through it, digging in and you're not a competitor unless you get through these things. I think that's probably part of it.

"But then when you hear the most decorated Olympian ever talk about his struggles and then probably the greatest gymnast ever talk about her struggles, you know then it encourages more people who have felt that way to come out and share how they're feeling."

the outpouring love & support I’ve received has made me realize I’m more than my accomplishments and gymnastics which I never truly believed before.

McIlroy has been a little out of sorts heading into the Olympics, a tie for 59th at the Irish Open preceded a missed cut at the Scottish Open while he shared 46th at the Open Championship.

However, the world number 13 now has more coping mechanisms to handle the mental strain of competing at the highest level and fluctuations in form and performance.

He saud: "I certainly have a few more tools in my mental toolbox to maybe deal with things than I had a few years ago. Again, it's just trying to put yourself in an environment in which you can thrive. That's the bottom line.

"Someone like Naomi Osaka was trying to put herself in that environment in the French Open and I think the whole sports world was behind that decision. It obviously didn't play out the way she wanted it to, but it certainly started a great conversation."

Padraig Harrington reacted to Europe's start to their Ryder Cup defence at Whistling Straits on Friday.

Europe face a stiff test of their Ryder Cup resolve after a desperate opening day against the United States.

Mercedes will be hoping Valtteri Bottas can do Lewis Hamilton a favour and hold up Max Verstappen towards the back of the grid in Sochi.