Another superb day for Japan saw the host nation surge to the top of the medal table at the Tokyo Olympic Games on Monday.

Japan now have eight golds after winning Olympic titles in three different sports, the most unexpected of which came in table tennis.

The mixed doubles team of Jun Mizutani and Mima Ito came from two games down to eventually prevail after seven games against China's Xu Xin and Liu Shiwen.

China won all four table tennis titles at Rio 2016 and had been expected to dominate again, only to come unstuck as Japan won the first gold in this new event.

Further joy for Japan came as 13-year-old Momiji Nishiya triumphed in the women's street skateboarding while Shohei Ono was victorious in the men's 73kg category in judo.

Second behind Japan are the United States, who took two shooting golds on day three as well as the men's 4x100m freestyle title in the pool.

China did not add to their tally of six gold medals, one fewer than the USA, having come up short in another event where they had a team of heavy favourites.

That was one of three golds for Great Britain, who moved up to fifth in the medal table thanks also to Adam Peaty retaining his 100m breaststroke title and Tom Pidcock dominating in the men's cross-country mountain bike race.

Meanwhile, Hidilyn Diaz made history for the Philippines, become the country's first Olympic gold medallist by prevailing in the women's 55kg weightlifting. 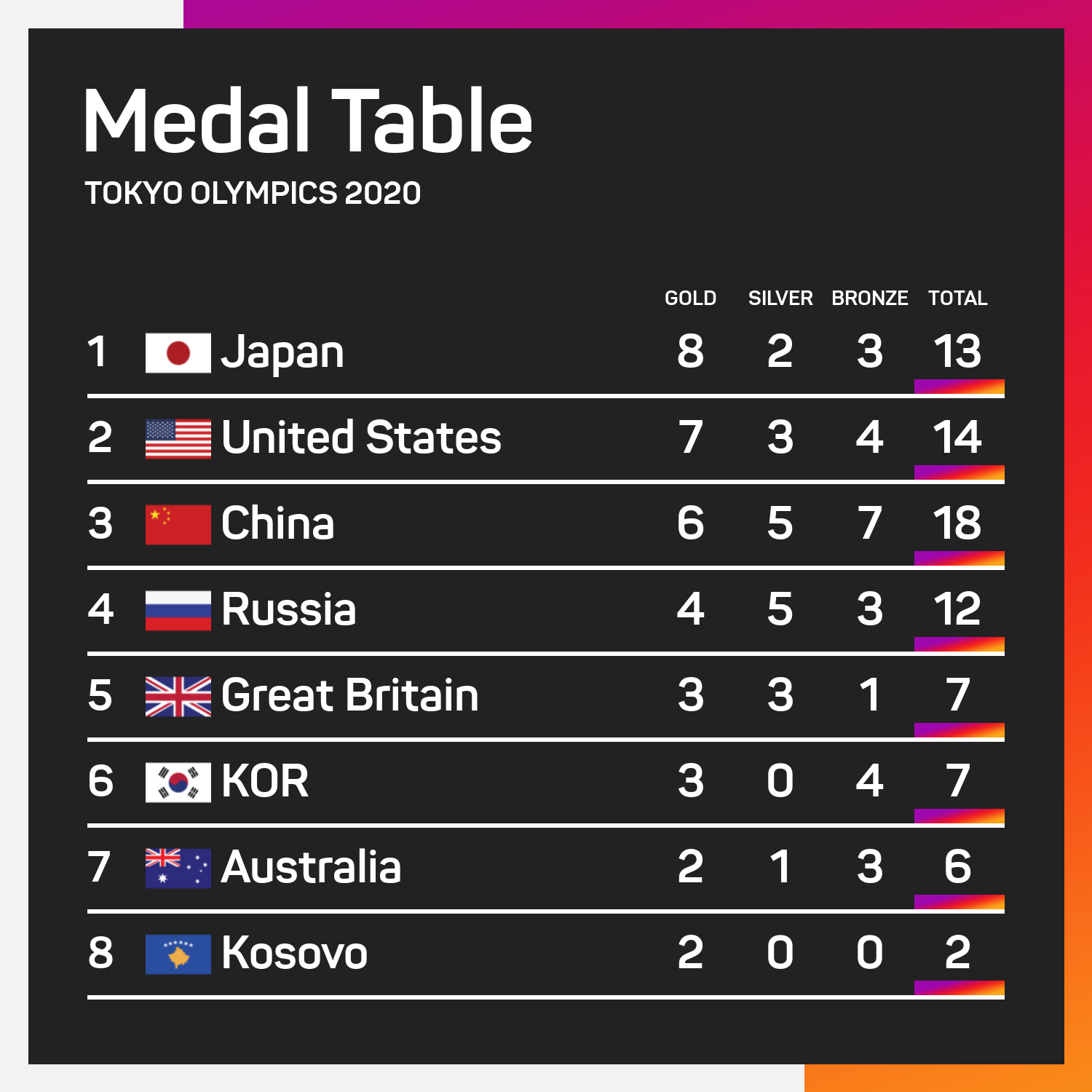 Vuelta a Espana: Roglic unrivalled as he seals hat-trick in style

Vuelta a Espana history was secured by Primoz Roglic as he claimed La Roja for the third straight year.

Vuelta a Espana: Roglic closes in on victory with second-place finish behind Champoussin

Primoz Roglic strengthened his lead in the general classification after finishing second to Miguel Angel Lopez on stage 18 of the Vuelta.

Team DSM's Romain Bardet won a Vuelta a Espana stage for the first time, while Primoz Roglic gained time in the hunt for La Roja.

Pep Guardiola says he has no other option but to call on Manchester City's academy for Tuesday's EFL Cup tie with Wycombe Wanderers.