Kevin Durant was instrumental as the United States came from behind to crush Australian hopes of reaching an Olympic men's basketball final.

Kevin Durant admitted Team USA were caught with "a nice haymaker" from Australia before clambering to their feet and reaching another Olympic final.

The Americans scored a 97-78 victory at the Saitama Super Arena, putting a fourth successive gold medal at the Games within reach.

But at one stage in the second quarter Durant and co trailed 41-26, with the Australian Boomers making a fast and purposeful start to the semi-final that they could not maintain.

It was at the point the USA side fell 15 points behind that they took a timeout, and from that stage onwards they dominated, Durant leading the team with 23 points and nine rebounds.

"We've been down 15 in games before and came back," Durant said. "It doesn't matter what level it was at, or where it's at. A lot of guys have been in that position before. We know how to handle ourselves.

"We kept our composure and we knew that we could get back into the game pretty fast, if we got stops and got out and ran. So we've got to give credit to Australia because they came out and hit us with a nice haymaker, but we were able to get back up and get that lead back." 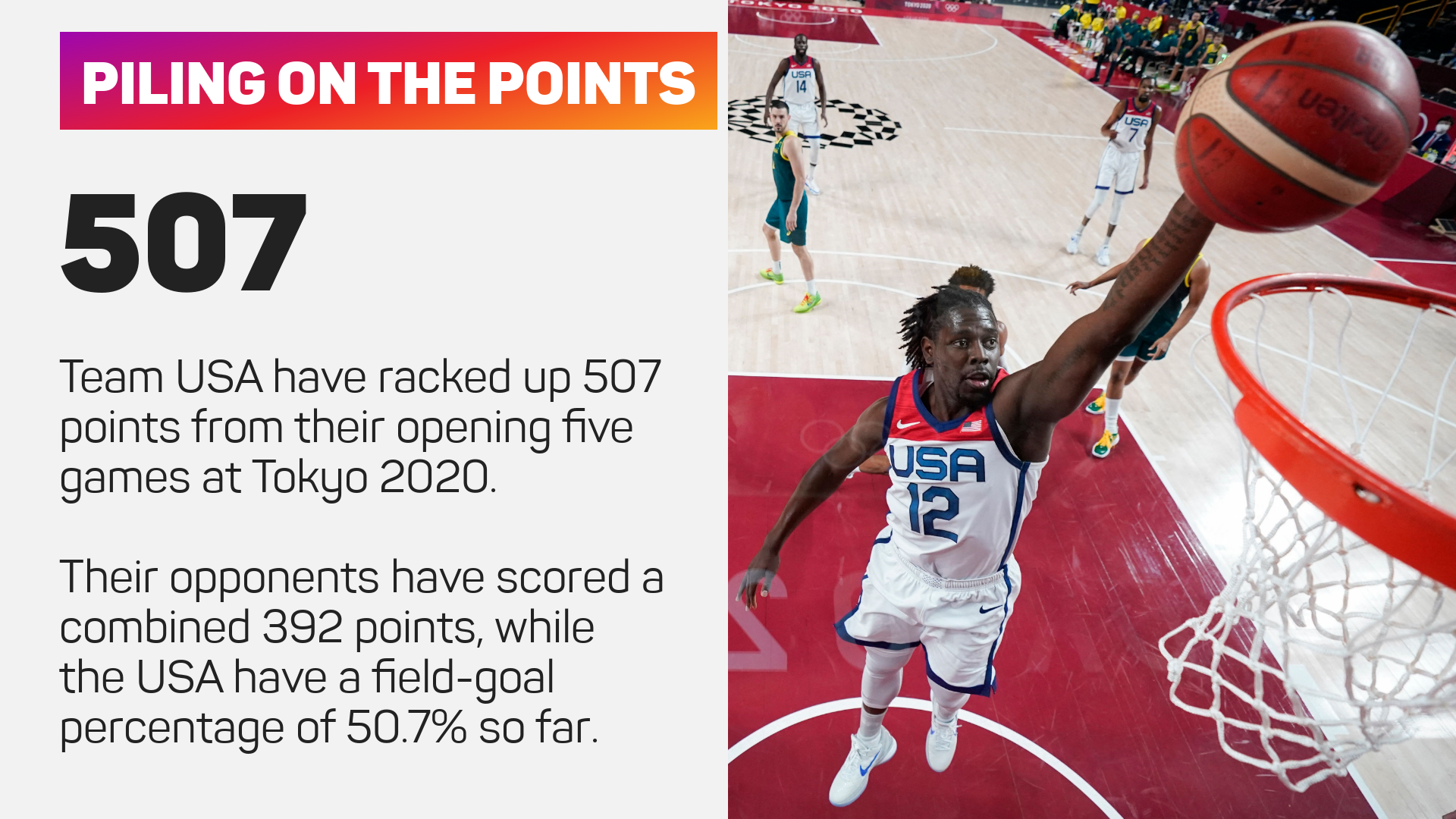 It came as no surprise to Durant that Australia began as they did.

"We knew Australia would come out fast and hit us with a nice punch. We know that teams want to get us down early, see how we respond," said the Brooklyn Nets star.

"A lot of these guys got continuity for years and years, so they know how to play with each other. I feel like a lot of teams are expecting us to fold early.

"We stuck with it, stuck with our principles, made a couple of switches on defence, and we were able to get some momentum going into the half. Guys came out with that intensity, making shots as well."

The 32-year-old Durant is chasing a third gold medal of his Olympic career, having played on the London 2012 and Rio 2016 teams.

For Jrue Holiday, who is coming off an NBA championship-winning season with the Milwaukee Bucks, this is a first Olympic experience.

Like Durant, he saw no need for panic after Australia began Thursday's semi-final so strongly.

By half-time, Australia's lead had been cut to just 45-42, and a 32-10 third quarter for the USA showed their firepower.

"I think we played the game long enough to know that there's always a chance," Holiday said. "So we took that six minutes in the second quarter and kind of ramped it up, and went into half-time in the position that we liked."

Haha them boys out there cooking…

They will have a bronze-medal game to come in Tokyo and must pick themselves up to go again.

Jock Landale scored 11 points against the USA, and the Melbourne United star accepted it was tough for Australia to keep up their early high level.

"They figure out what you're doing and they just find ways to exploit it. I think we started turning the ball over in that third quarter and they were just living in transition, and that's tough to beat. They're the most athletic guys in the world, so I think that's probably where we lost them."