Novak Djokovic is growing in confidence after his bid to win a gold medal at the Olympic Games stayed on track on his "best day" of Tokyo 2020.

The Serbian cruised into the semi-finals of the singles tournament with an emphatic 6-2 6-0 win over home favourite Kei Nishikori of Japan, then teamed up with Nina Stojanovic to beat German pair Laura Siegemund and Kevin Krawietz in the mixed doubles quarter-finals.

World number one Djokovic, 34, is attempting to become the first man to win all four tennis singles grand slam titles and an Olympic gold in the same year.

He has already triumphed at the Australian Open, French Open and Wimbledon, leaving just Tokyo and the US Open to conquer.

Asked after his doubles win if this was the best year of his career, Djokovic replied: "I don't know. Today was the best day of this tournament because I've played my best tennis so far."

Those comments echoed his assessment of the Nishikori match, after which he said: "I'm very happy – my best performance in the tournament."

Djokovic said he "had an answer for everything [Nishikori] had" and now he will face Alexander Zverev. 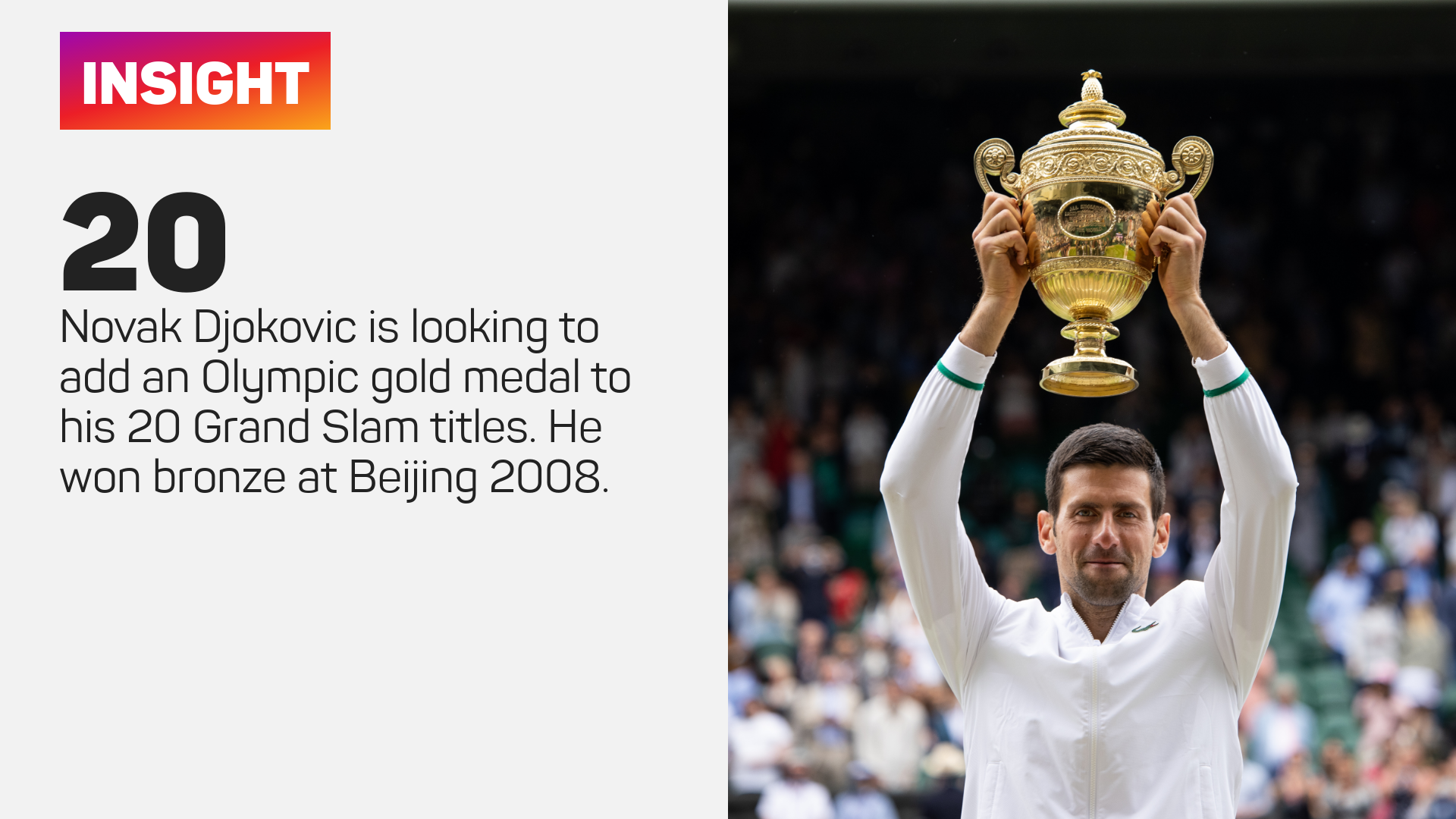 Djokovic was boosted by the later start times for his matches after the International Tennis Federation bowed to pressure from players complaining of the extreme heat and humidity at Ariake Tennis Park.

"It's great that we're playing in the afternoon hours, so we don't experience too much heat," Djokovic said.

"Although it's still very, very humid. It's a bit easier, more pleasant to play in the afternoon. It was fantastic.

"Playing after 5[pm] is completely different. Obviously, there is a little bit of a breeze, but still very, very humid, you sweat a lot, but you don't have the heat, you don't have the sun that, in combination with the humidity, is just brutal."