It was another successful day for China in Tokyo, as Japan had athletes back on the top step of the podium.

China added three more golds to their tally at Tokyo 2020 as they continue to lead the Olympic medal table.

It was a dominant final day of artistic gymnastics competition for China, with victory for Zou Jingyuan in the men's parallel bars and for Guan Chenchen in the women's beam final as she beat compatriot Tang Xijing and the returning Simone Biles.

China also took gold and silver in the men's 3m springboard final, which saw Xie Siyi claim the title ahead of Wang Zongyuan.

The United States are eight gold medals behind China, the American team winning two on Tuesday.

Athing Mu earned a stunning victory in the women's 800m, the 19-year-old prevailing in an outstanding final in which seven of the eight runners finished under one minute and 58 seconds.

The other USA gold on day 11 came from Tamyra Mensah-Stock in the women's 68kg freestyle wrestling.

After drawing a blank on Monday, Japan had athletes back on the top of the podium with two more gold medals, taking their total to 19.

Japan have a five-gold buffer to Australia, who are fourth in the medal table with 14, while the Russian Olympic Committee and Great Britain are tied on 13 apiece.

Great Britain's performance on their water allowed them to move level with the Russian Olympic Committee, as they won two of the four sailing golds on offer on the day. 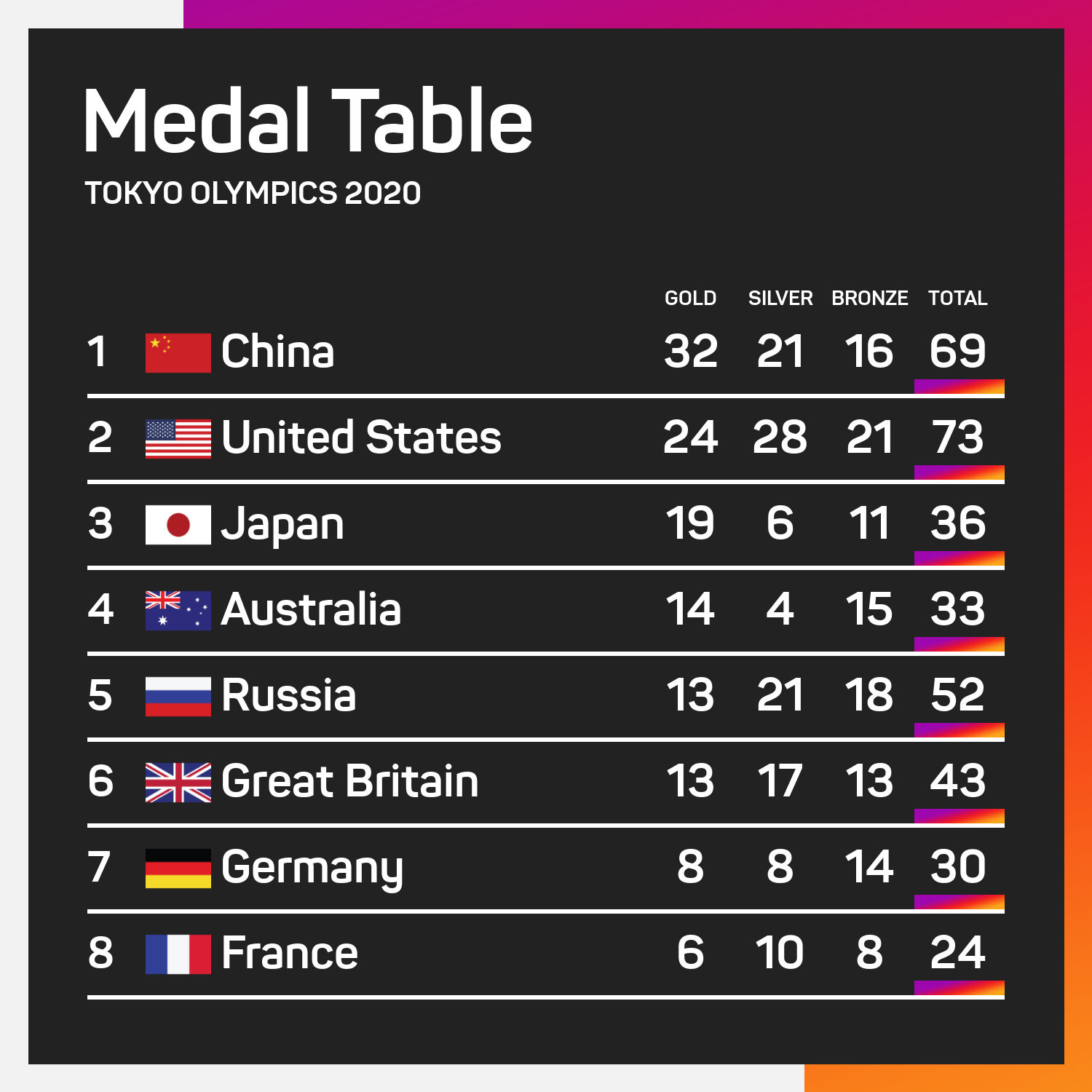 Manny Pacquiao: The final chapters of a storied boxing career

Canelo and Plant set for undisputed title bout on November 6