China returned to the top of the medal table thanks to swimming and table tennis success at the Tokyo Olympics on Thursday.

Host nation Japan slipped into second place on another successful day for China, who have racked up 31 medals in total so far at these Games.

There was table tennis glory for China too, with Chen Meng beating compatriot Sun Yingsha 4-2 in the final at the Tokyo Metropolitan Gymnasium.

China and Japan both have 15 golds so far, the host nation sitting second as they have 25 medals in total.

The United States have the most medals with a haul of 38, as well as sitting just one adrift of China and Japan's tally of golds.

The Russian Olympic Committee and Australia both have eight apiece, the latter benefiting from success for Jessica Fox in the women's C-1 canoe slalom, plus Izaac Stubblety-Cook winning the 200m breaststroke title. 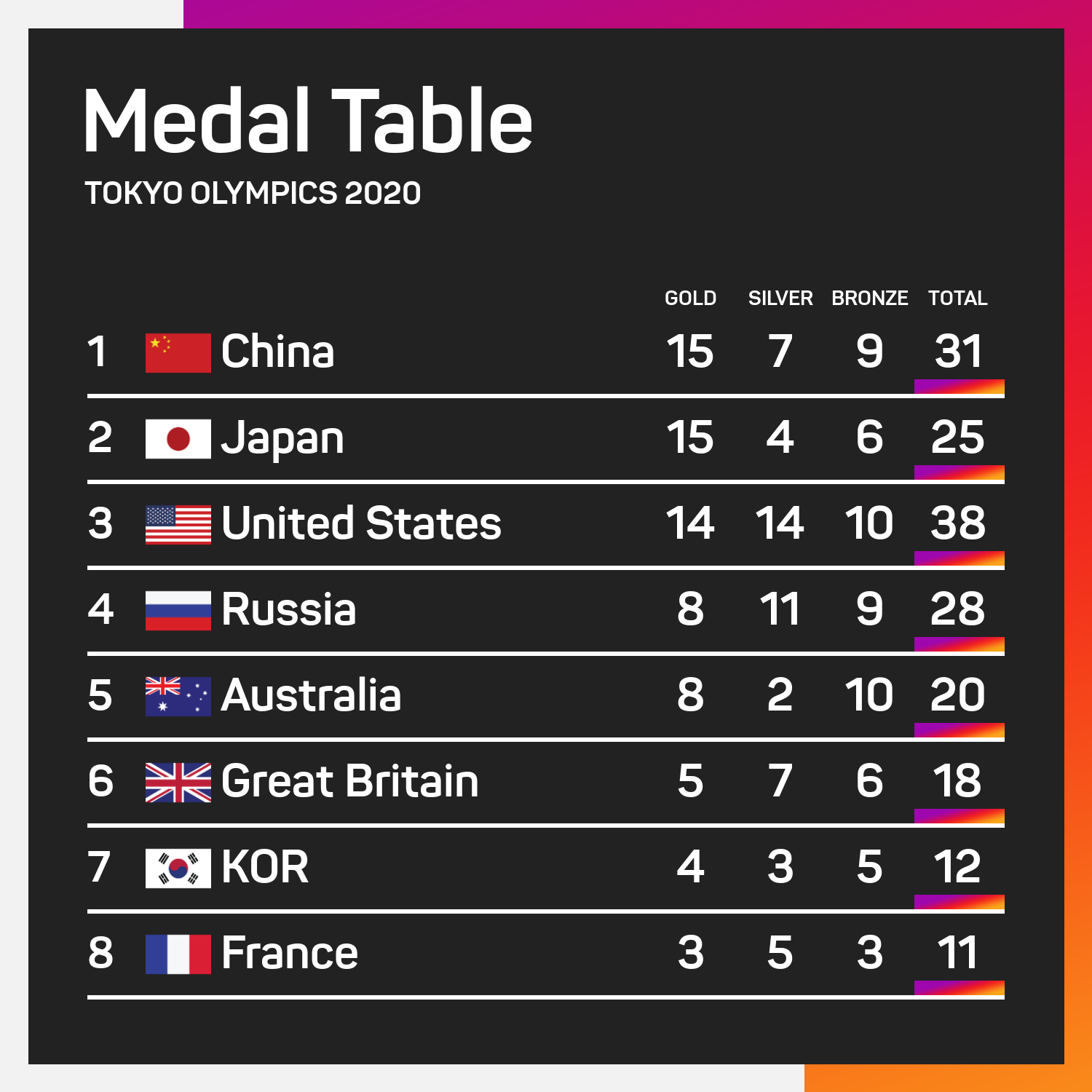 Pep Guardiola says he has no other option but to call on Manchester City's academy for Tuesday's EFL Cup tie with Wycombe Wanderers.