Five more golds were claimed by China on day 10 at Tokyo 2020 as they continue to lead the way in the medal table.

China have a commanding lead at the top of the Tokyo 2020 medal table following another hugely successful day at the Olympics.

Five gold medals on day 10 took China's tally for the Games to 29.

Two of those came in weightlifting as Wang Zhouyu prevailed in the women's 87kg category and Li Wenwen set an Olympic record in the +87kg division.

It means China are seven golds ahead of the United States, with two more Americans becoming Olympic champions on Monday.

Jade Carey was triumphant in the women's floor exercise final and Valarie Allman took gold in the discus throw.

Japan are third in the table after a day in which they failed to add any golds to their tally of 17.

Australia (14 golds) and the Russian Olympic Committee (12 golds) are fourth and fifth having also been kept off the top step of the podium.

Breathing down the neck of the Russian Olympic Committee are Great Britain, their tally of golds increased to 11 with victory in team eventing. 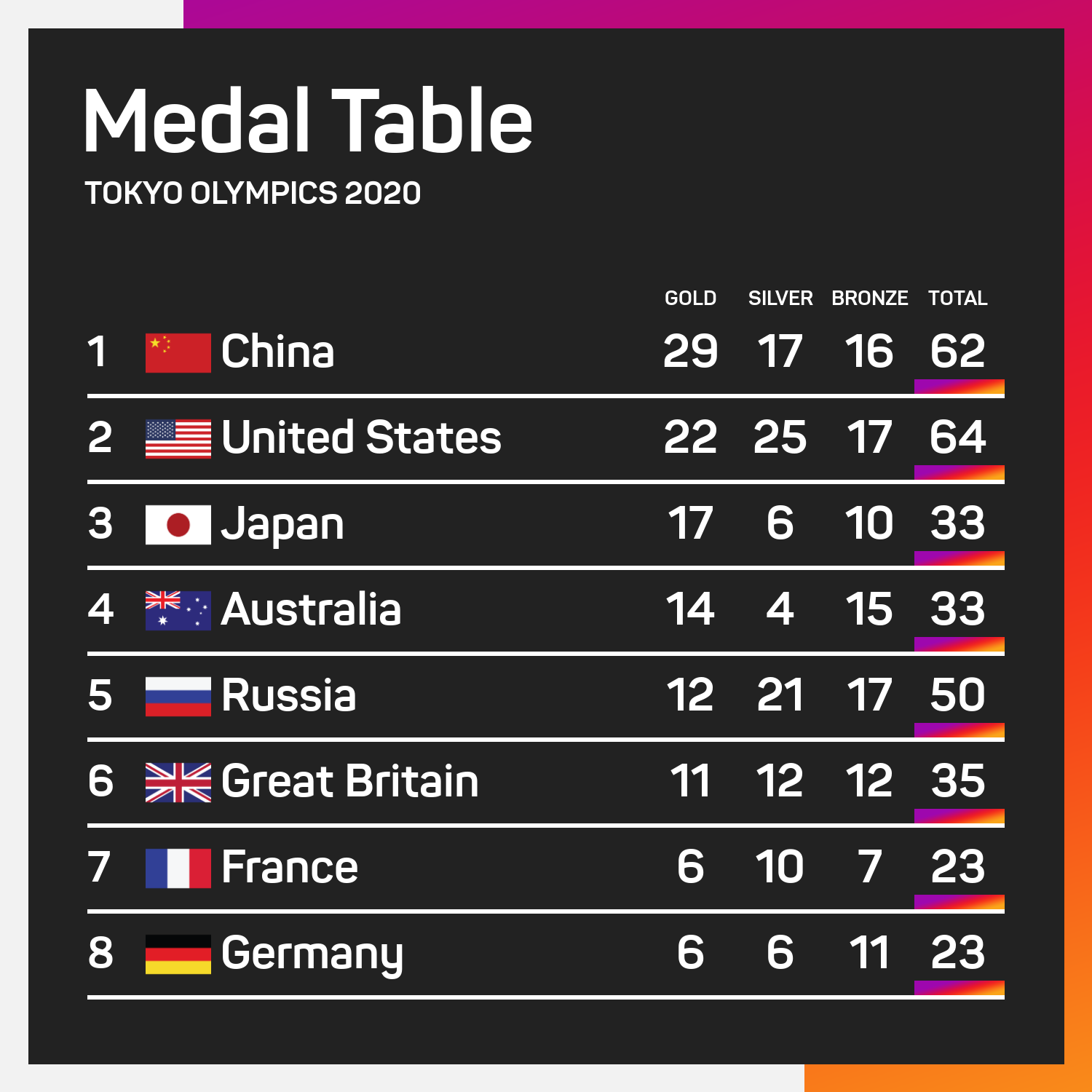 Gymnastics great Simone Biles shocked the world with her withdrawal at the Tokyo Olympics, but remains proud of the message she has spread.