Gymnastics great Simone Biles returned to action to claim bronze on the beam as she did at the Rio Olympics five years ago.

Simone Biles explained the bronze medal she won on her return to action in Tuesday's women's balance beam final will hold a special place in her vast collection of honours.

The United States gymnastics great withdrew from the team final at the Tokyo Olympics to take care of her mental health and also did not contest the uneven bars, all-around, vault and floor – the latter three being events where she won gold at Rio 2016.

There was much anticipation after Biles' participation on the beam was confirmed and she produced a wonderful display to match the third-place finish she claimed five years ago.

In the circumstances, both of her own absence and the unexpected passing of her aunt two days ago, Biles acknowledged this feels like a far greater achievement than her exploits in Brazil, which merely garnished a haul of four golds.

"It's been a very long week, a very long five years. I didn't expect to medal today, I just wanted to go out and do it for me, and that's what I did," she said.

"It definitely feels more special, this bronze, than the balance beam bronze at Rio. I will cherish it for a long time.

"Just to have the opportunity to compete at the Olympic Games meant the world, because training for five years and then coming here, then kind of being triggered and not being able to do anything, it wasn't fun.

"To go out there and compete one more time and have everyone's support meant the world."

Biles repeated her calls for fans and the wider public to show empathy and kindness towards athletes on social media, given others could be experiencing similar struggles to hers this week at any given time. 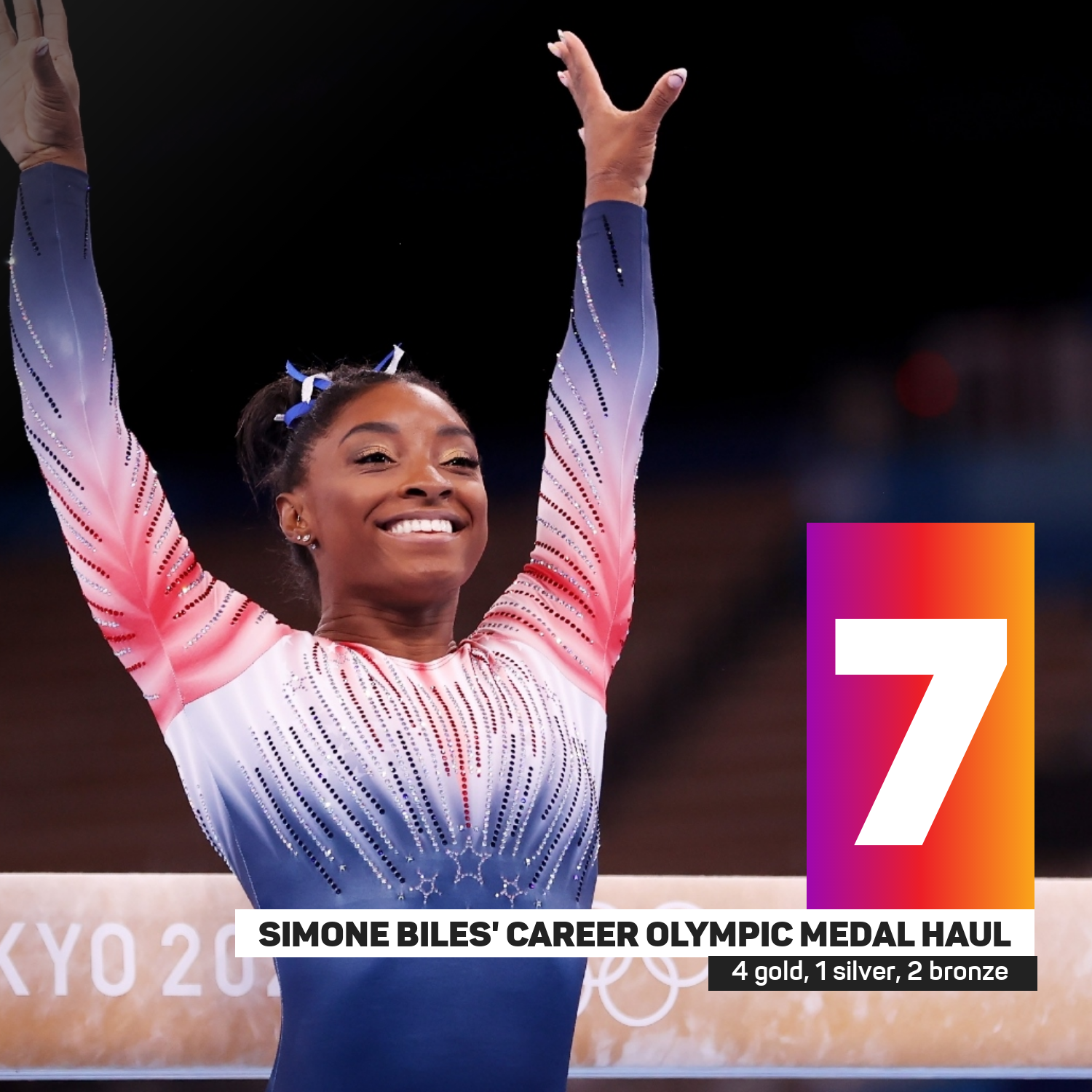 "Two days ago my aunt unexpectedly passed, and that was something I wasn't expecting to happen at the Olympic Games either, so at the end of the day, you have to be a little bit more mindful of what you say online, because you have no idea of what these athletes are going through as well as [in] their sports," she said, before explaining the efforts behind the scenes that went into her being able to resume competition.

"Every day I had to be medically evaluated by the doctors, and then I had two sessions with a sports psychologist which kind of helped keep me more level-headed.

After her withdrawal from the team event, Biles explained she had been suffering from the "twisties" – a kind of mental block that can affect a gymnast's sense of space and dimension while in mid-air – and this prompted a change to her planned routine.

"I had nerves but they felt pretty good," she said. "I was pretty nervous for my dismount, just because we had to switch it [from a twisting dismount]. I probably haven't done a double pike dismount since I was 12, so it was kind of hard to control that.

"Usually on my events I kind of let the rhythm flow, but today I kind of had some cues, like on my switch leap, 'Up, forward,' and stuff like that."

Biles will be 27 by the time the Paris Olympics come around in 2024 and would not be drawn on whether or not she will feature in the French capital.

"I'm going to focus on myself a little more often rather than push that under the rug," she added.

Gymnastics great Simone Biles shocked the world with her withdrawal at the Tokyo Olympics, but remains proud of the message she has spread.

Paris 2024 opening ceremony to take place on the River Seine

For the first time in a summer Olympics, the opening ceremony of the Games will take place outside of a stadium at Paris 2024.