Tokyo Olympics: Another grand slam winner out as Kerber chooses rest over Games

Angelique Kerber has joined a growing list of tennis stars who will miss the Olympics in Tokyo, with the German saying she needs a rest.

Angelique Kerber will not be going for gold for Germany at the Tokyo Olympics, with the three-time grand slam winner withdrawing on Thursday.

One week on from losing to Ash Barty in the Wimbledon semi-finals, Kerber said it was "disappointing" to pull out of the Games.

The former Australian Open, Wimbledon and US Open champion said in a statement: "The thought of participating at the Olympics has been a constant motivation for me over the past months to push further and keep believing in my goals.

"Representing Germany in London 2012 and Rio 2016 as part of the German team has always been one of my favourite memories of my career so far.

"This makes it even more disappointing for me to accept the fact that my body needs rest after the intense few weeks that lie behind me and that I have to recover first before returning to competition later this summer!

"Thank you for your support, as this has been a very difficult decision for me. Good luck to all my fellow German athletes in Tokyo #TeamDeutschland, I will miss you." 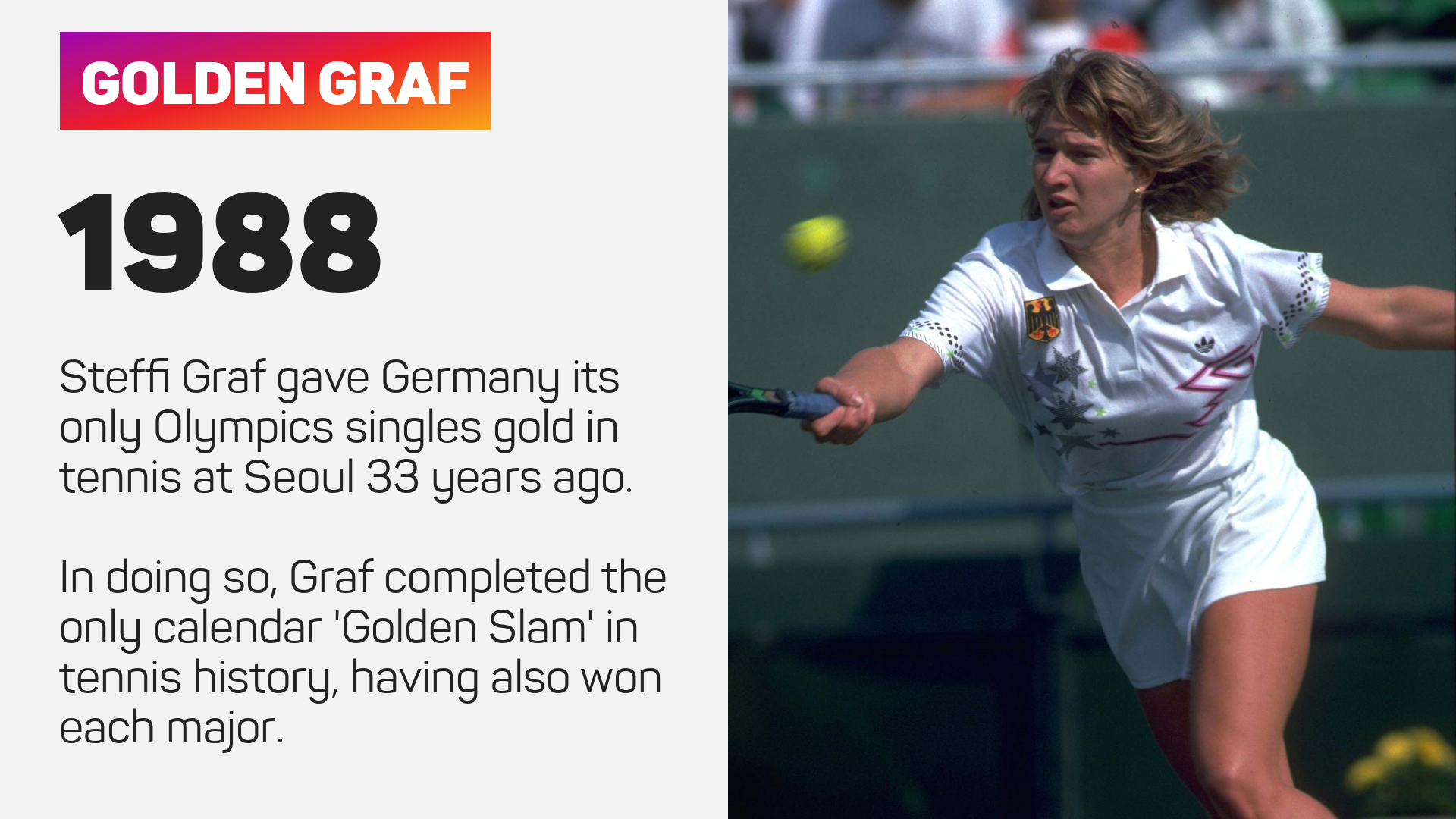 Kerber reached the Olympic final in Rio in 2016 but suffered a shock defeat in the title match to Monica Puig of Puerto Rico, having to settle for the silver medal.

Her absence this year means the field is further depleted, with Serena Williams, Bianca Andreescu, Simona Halep and Sofia Kenin among the high-profile WTA Tour stars who will be absent in Japan. Puig will also miss out after undergoing shoulder surgery.

The men's line-up has been similarly hit, with Roger Federer, Rafael Nadal and Dominic Thiem choosing not to play.

World number 155 Hugo Gaston progressed to his first ATP Tour-level final as he beat Laslo Djere to set up a showdown with Casper Ruud.