Ben Simmons is still waiting on a trade away from the Philadelphia 76ers, so could the win-starved Minnesota Timberwolves take the risk?

The Minnesota Timberwolves have been on the floor of the NBA for what feels like forever.

It has been 17 seasons since the Wolves last won a playoff series, tied with the Charlotte Hornets/Bobcats and Sacramento Kings for the longest active streaks in the league.

Since the 2005-06 season, Minnesota have had just one winning season, tied with the Kings for the fewest in the NBA over that span. All of this losing comes despite having talented players and valuable assets on the roster over the past 15 seasons, chiefly Kevin Garnett, Kevin Love, Jimmy Butler, Karl-Anthony Towns, Andrew Wiggins and Al Jefferson.

Time and again, Minnesota have underperformed their talent and remained irrelevant, even by small-market standards.

Yet this season has provided a glimmer of hope for the future – and perhaps the present – if the Timberwolves' front office can choose the correct path.

Minnesota turned the calendar from November to December with an 11-10 record after last year's team needed 45 games to get their 11th win of the season.

This month, however, the Wolves have lost four straight, and other than an 8-3 stretch from November 12 to November 30, the team are just 3-11, leaving many to question whether Minnesota are genuinely improved or simply had a nice three-week stretch.

The performance on the defensive end of the floor has much better than last season's by almost any measure. Opponents are scoring an average of 8.9 points per game fewer against the Wolves this season compared to last season's Western Conference-worst mark of 117.7. 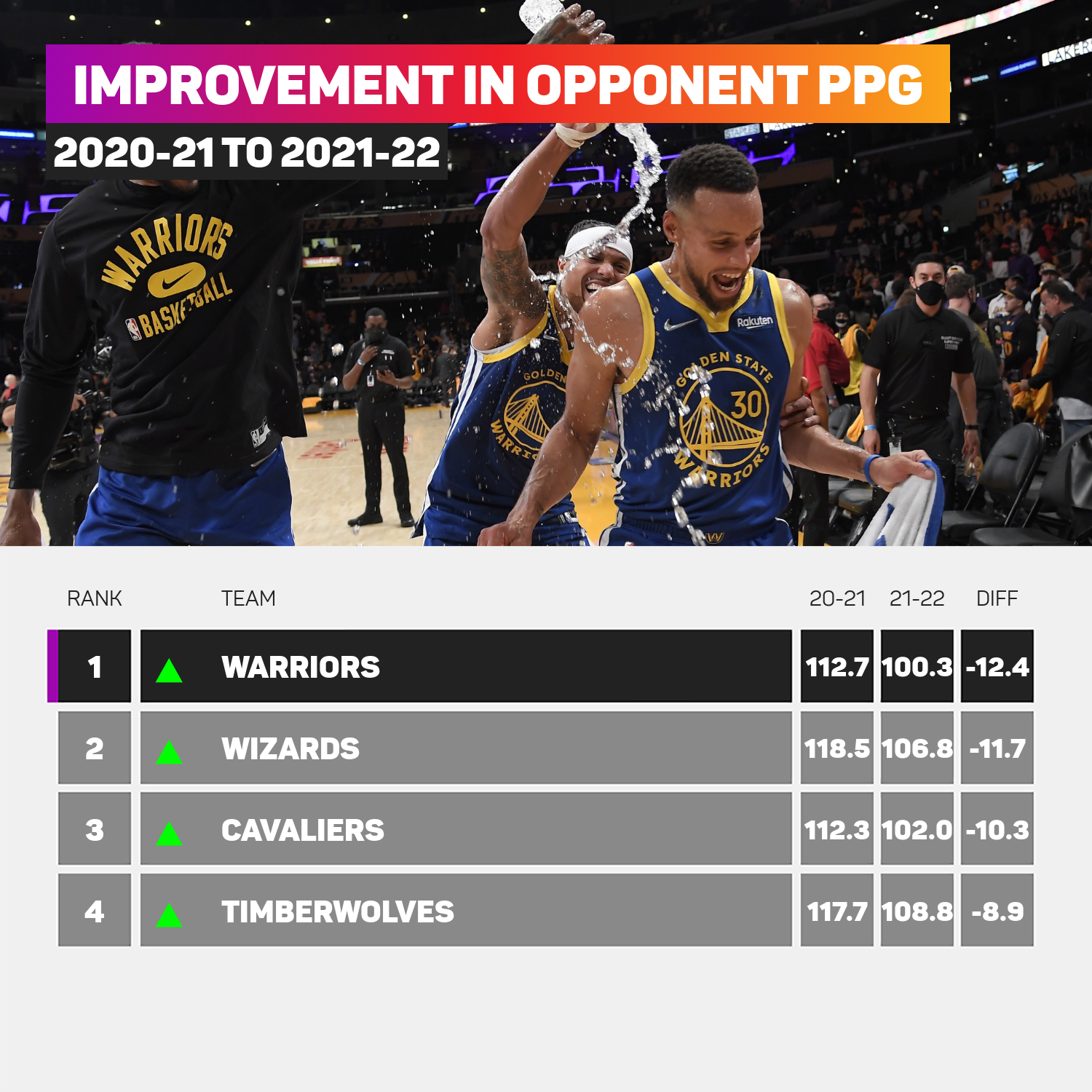 Even adjusting for pace, the numbers seem to show improvement defensively. Minnesota are allowing 105.6 points per 100 possessions, far better than last season's mark of 112.1.

The Timberwolves' improvements in opponents' shooting have been nearly as pronounced, allowing 44.5 per cent conversion from the floor and 33.3 per cent from three-point range, both representing the largest improvements in the West.

Additionally, Minnesota are forcing a league-leading 17.3 turnovers per game, although that aggression has led to a league-high 22.7 personal fouls per game and NBA-most 24.3 opponents' free throw attempts per game.

The T-Wolves have converted defense into offense, boasting a top-10 transition offense and playing at the third-fastest pace in the NBA, getting up an average of 92.4 shot attempts per game. The halfcourt efficiency, however, has been middling at best.

Despite improved numbers from Towns and second-year sensation Anthony Edwards, Minnesota have seen their shooting drop both overall and from three-point range.

Launching 42.3 three-point attempts per game – second only to the Utah Jazz (42.7) in the league this season – the Wolves rank just 23rd in three-point percentage at 33.6, making them extremely volatile on offense.

The saving grace on offense has been offensive rebounding, with the T-Wolves grabbing a league-leading 13.4 offensive boards per game and converting those into 16.8 second-chance points per game, trailing only the Memphis Grizzlies' 16.9.

Ultimately, the limiting factor to Minnesota's playoff hopes may be a lack of depth in offensive talent. Towns, Edwards and point guard D'Angelo Russell are the highest-scoring trio in the West at 65.0 points per game, but the team as a whole have the 24th-most efficient offense in the league, scoring 104.2 points per 100 possessions.

These polarising results leave the Timberwolves' front office in a bind as it prepares for the future and as the league's trade deadline comes into view.

The team are currently on pace to qualify for the West's play-in tournament while Towns is still just 26 and Edwards is a green 20 years old. It would be perfectly reasonable to play this season out, acquire more young talent in the draft and build towards the future.

But disgruntled Philadelphia 76ers star Ben Simmons has been linked to Minnesota in trade talks by a variety of media outlets, indicating that the Wolves' front office could have designs on evading the play-in tournament entirely and making a run at a top-six seed.

The Sixers have remained adamant that they will accept nothing less than a king's ransom for the 25-year-old point guard, but analysts have drawn up plenty of potential three- and four-team deals that would land Simmons in Minneapolis as a bet on top-flight prospect talent.

Many teams would avoid such a risk, especially after Simmons' turbulent offseason and oft-criticised postseason performances, but Minnesota – with their small market and cold climate – have a famously difficult time improving their roster through free agency. Towns, Anthony and Simmons were each the top overall draft pick in their respective classes and uniting them would be an aggressive bet on talent and potential.

Simmons, an infamously non-willing shooter from anywhere outside the paint, would likely represent a double-down approach on the Wolves' unconventional style of play, banking on more defense, turnovers and offensive rebounds while ignoring the need for an elite shot-creator.

The current core of the Timberwolves, however, has provided some reason for optimism, and the opportunity for a rare playoff run may be too much to resist for Minnesota's front office, long deprived of postseason revenue.

The Wolves' schedule is brutal over the next 12 games – seven of which are on the road against West opponents – and their performance over that stretch could determine the path of the team going forward.

Perhaps leaders in Minneapolis will see an 8-3 run in November as a promising blip on the radar for a rebuilding squad, but a win-starved franchise in a small market could be compelled to invest heavily in the present, banking on three number one picks.

Allen banned for one game for foul that fractured Caruso's wrist

Alex Caruso will be out for up to eight weeks following a foul from Grayson Allen, who was handed a one-game ban as punishment.

Giannis Antetokounmpo was absent but Khris Middleton was impressed by how the Milwaukee Bucks found a way to win.

Alex Caruso joins Lonzo Ball on the sidelines as the Chicago Bulls were left fuming at Grayson Allen's foul.

The Los Angeles Lakers have gone 7-9 without Anthony Davis after spraining his MCL in mid-December.

Middleton steps up for Bucks in Giannis' absence, CP3 shines for Suns

Giannis Antetokounmpo was ruled out of Saturday's game due to a knee issue but Khris Middleton and Jrue Holiday had it covered.

Stephen Curry might be having a mixed bag of a season so far, but the Golden State Warriors superstar has ticked off a personal NBA first.

The Philadelphia 76ers threw away a healthy lead over the Los Angeles Clippers, but Doc Rivers took exception to one question.