Devin Booker demanded more attention for the feats of the Phoenix Suns after they racked up a 60th win of the NBA season.

Devin Booker demanded respect and the recognition he considers overdue as the Phoenix Suns clinched top spot in the Western Conference.

With a 60-14 record so far, the Suns will finish the regular season with the NBA's best win-loss record, and now they can start to think about chasing the franchise's first championship.

Defeat to the Milwaukee Bucks in last season's NBA Finals has only served to galvanise Monty Williams' Phoenix team this time around, and Booker made his appeal after scoring a season-high 49 points in a 140-130 win over the Denver Nuggets.

Booker was annoyed when at the pre-game arena team announcement on Thursday, his face was not shown on screen. Booker said that, instead, the screen showed Clippers guard Amir Coffey.

"That was disrespectful. I was laughing. I know that was purposefully done," he said.

"It's all fun and games, but we got the last laugh and every other laugh for the last few games against them. It's a good team they've got over there to put that up there because it got me going for sure."

The Arizona Republic newspaper said a Nuggets official had denied that error was deliberate. 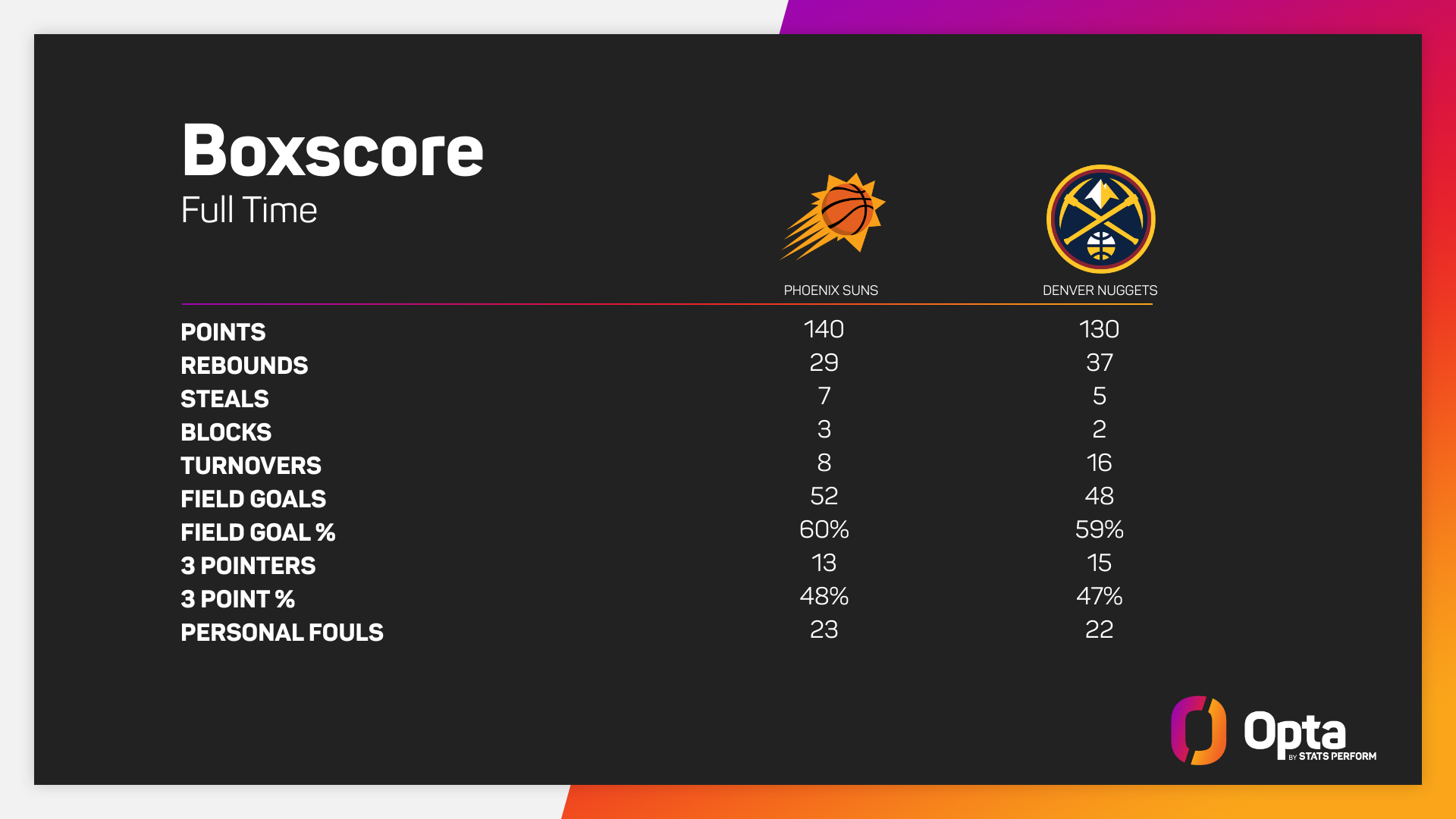 Booker said the Suns would continue to talk themselves up, even if they consider there is insufficient attention on their achievements from elsewhere.

"The vibes are there, man," he said. "Everybody's proud of each other.

"We're not the type of team to act like we haven't done nothing. We always talk about celebrating everything, and 60 wins is something I never even thought of."

Booker spoke of "day-to-day grind" and the hunger to keep improving and progressing.

"It's turned into something really nice," he said. "Now we have the one seed locked up, been winning basketball games for two years straight now.

"This team needs some flowers. Coach Monty should have been coach of the year last year. There's so much that I feel doesn't get talked about in this team.

"We've done a good job of not worrying about what people say about us, but it needs some recognition."

After being traded from the Milwaukee Bucks to the Sacramento Kings, Donte DiVincenzo has chosen the Golden State Warriors in free agency.

The Timberwolves will have one of the best frontcourts in the NBA after pairing Karl-Anthony Towns and Rudy Gobert.

Having bid farewell to two members of their rotation, the Warriors were able to bring back another by extending Kevon Looney.

The Pelicans are ready to commit $231million to Zion Williamson, but the deal for the injury-plagued superstar will include "protections".

The Memphis Grizzlies have locked up their superstar point guard through at least 2027 with a five-year extension at maximum money.

USC and UCLA receive approval to join the Big Ten

The Pac-12 is set to lose two of its marquee football and basketball programs as USC and UCLA both prepare to leave the conference.

Karl-Anthony Towns was one of a number of stars to receive a maximum extension as free agency kicked into gear on Thursday.