Babar Azam's Pakistan side have lit up the T20 World Cup and Australia face the task of trying to halt their run in Dubai.

Pakistan have taken on all comers in the T20 World Cup and will look to end Australia's hopes of winning a maiden title at the semi-final stage on Thursday.

Babar Azam's side made a statement when they hammered fierce rivals India by 10 wickets in their opening match of the tournament and they have never looked back, winning all five Super 12 games.

Australia qualified as runners-up to England in Group 1 as they strive to win the T20 World Cup for the first time and have come out on top in their previous two T20Is against Pakistan.

Pakistan had won five in a row versus Australia in the shortest format prior to those two losses.

Matthew Hayden stated that he believes being a "warrior of Australian cricket over two decades" can give Pakistan an edge in his role as batting consultant for this tournament.

Pakistan's only T20 World Cup title was won back in 2009 and they were beaten by Australia in a semi-final the following year.

Pakistan's classy run machine Babar has been outstanding with the bat and his captaincy in this tournament.

The prolific skipper has made four scores of least 50 in this tournament, only the third player to do so in a T20 World Cup. Australia great Hayden (four in 2007) and India captain Virat Kohli (four in 2014) are the other two.

Babar is the leading run-scorer in the competition with 264 from five innings at an average of 66 and a strike rate of 128.15.

Paceman Shaheen Afridi has been magnificent with the ball, forcing a false shot from a batter with 44 per cent of his 120 deliveries – the highest rate of any player at the Super 12 stage to bowl more than a single innings.

Haris Rauf has also made a big impact and is Pakistan's leading wicket-taker with eight to Afridi's six for the only team with a 100 per cent record in the Super 12s. 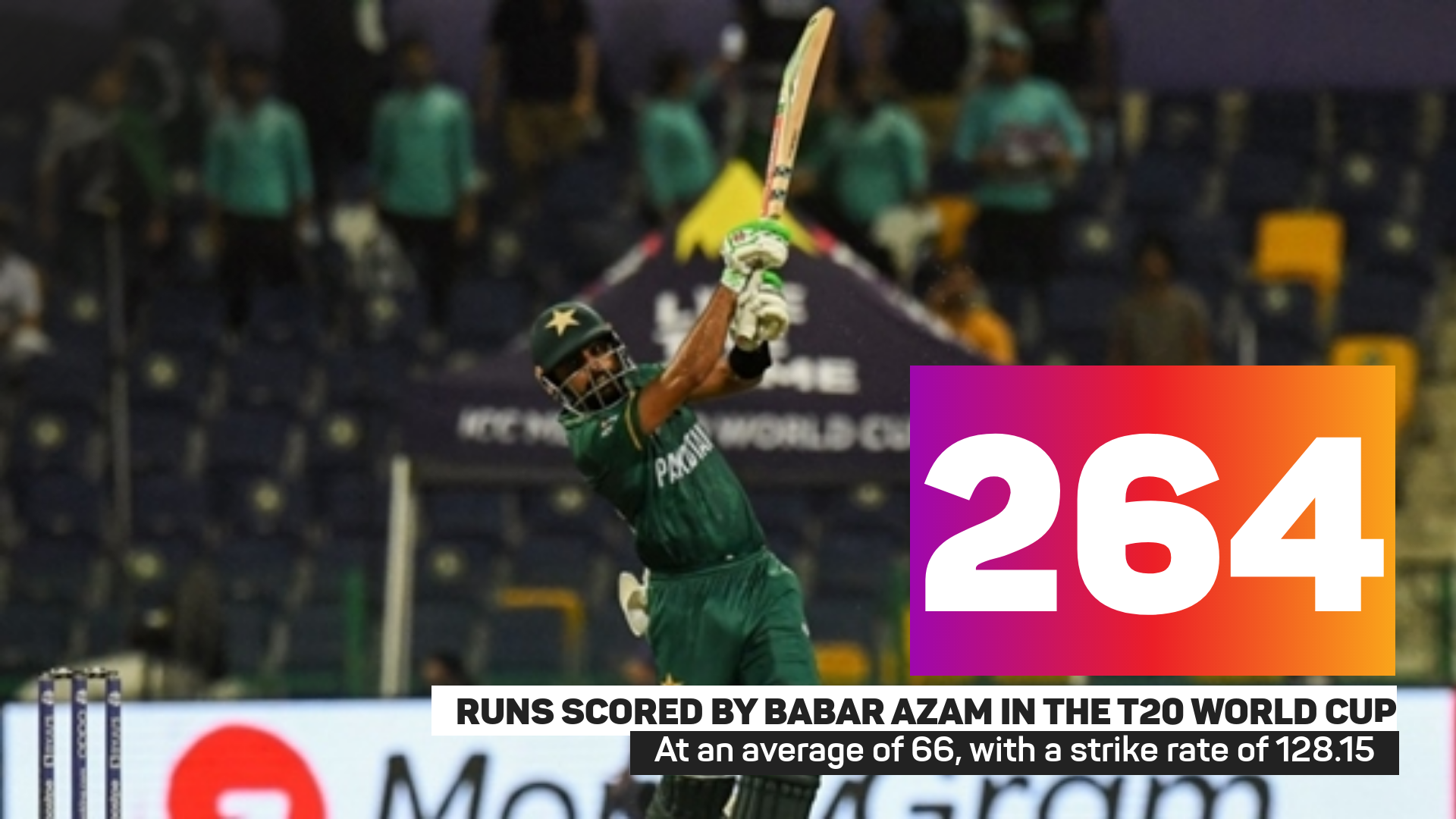 Spinner Adam Zampa has been one of Australia's leading lights on their run to the last four.

The tweaker has claimed 11 wickets at an average of just 9.90, with only Sri Lanka's Wanindu Hasaranga (16) having taken more scalps. His figures of 5-19 against Bangladesh are the best in the tournament.

Zampa has finished four of his five innings in the tournament with a bowling economy below six runs per over after having done so only once in his 17 innings prior.

Paceman Josh Hazlewood has also maintained his outstanding form on the back of an Indian Premier League triumph with Chennai Super Kings.

Hazlewood has taken eight wickets with a strike rate of 11.87, delivering with the new ball time and again, and Australia will be looking for him to make early inroads along with Pat Cummins and Mitchell Starc. 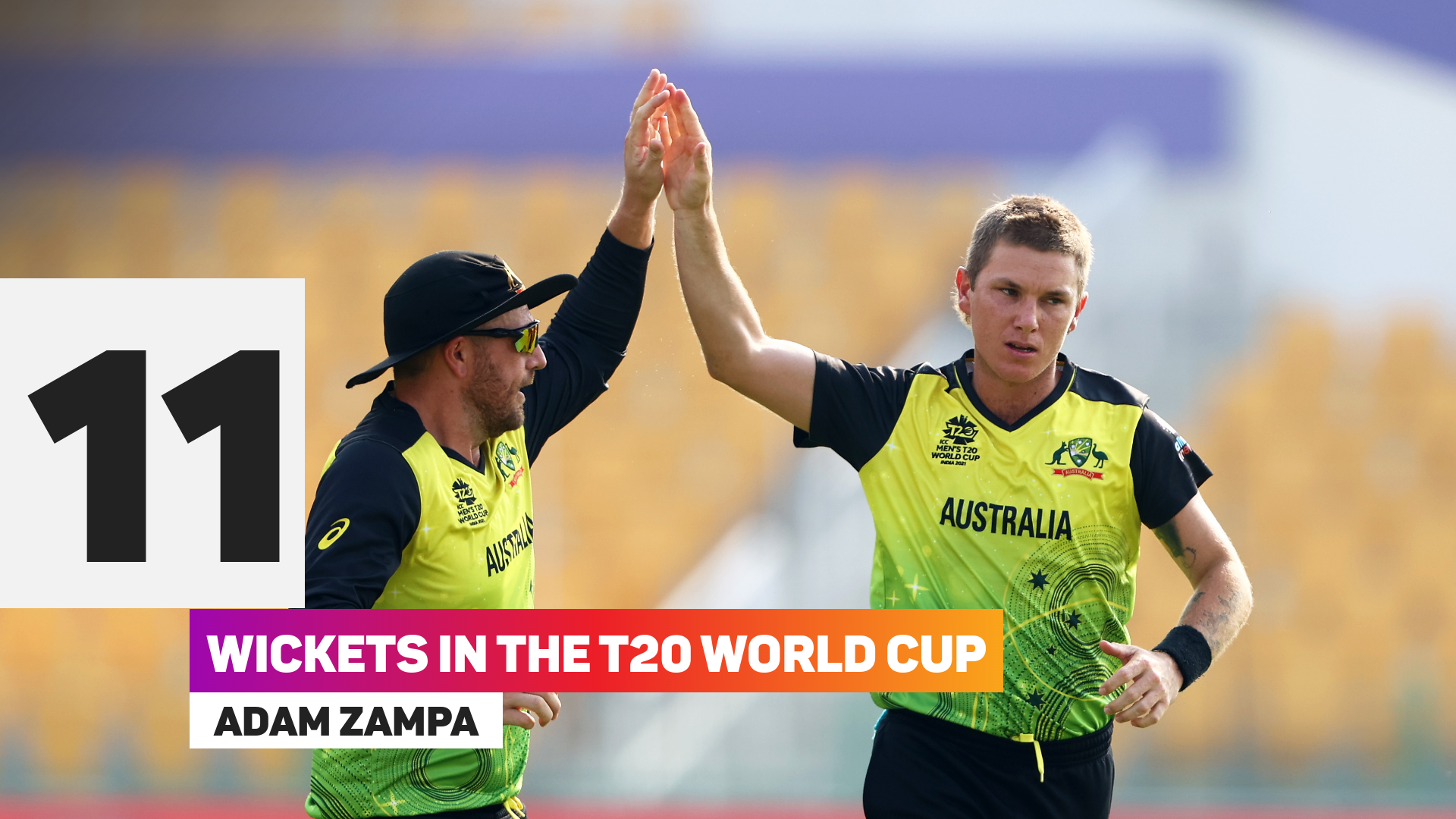 Intensity the key for Root in 'crucial' Ashes practice

England are set for a four-day warm-up fixture with England Lions and Joe Root sees it as a chance to gain an advantage over Australia.

Azeem Rafiq's revelations on his time at Yorkshire have led to much discussion on racism, but Ashley Giles believes education is key.

The England and Wales Cricket board have released an action plan to tackle racism within English cricket.

South Africa and Netherlands may scratch their three-match series after one abandoned ODI, and the Dutch are now wondering how to get home.

New Zealand had much the better of day two of the second Test against India, closing on 129 without loss and trailing by 216 runs.