The Phoenix Suns and Boston Celtics won on Thursday, however the Los Angeles Lakers fell to the Oklahoma City Thunder.

Last season's NBA Finals runners-up the Phoenix Suns took down the Houston Rockets 123-111 for their third consecutive win on Thursday.

Devin Booker inspired the Suns with 27 points while Landry Shamet added 19 points off the bench in Phoenix.

Chris Paul contributed 13 assists, nine points and five steals for the Suns (4-3), who moved above .500 for the first time this season.

Paul is averaging 12.0 assists and 2.4 steals per game in 2021-22. Entering the contest, this season had marked the fifth time in the last 25 years a player has averaged at least 11.0 assists and 2.0 steals over his first six games of a season – the Suns All-Star has been responsible for four of the five, per Stats Perform. 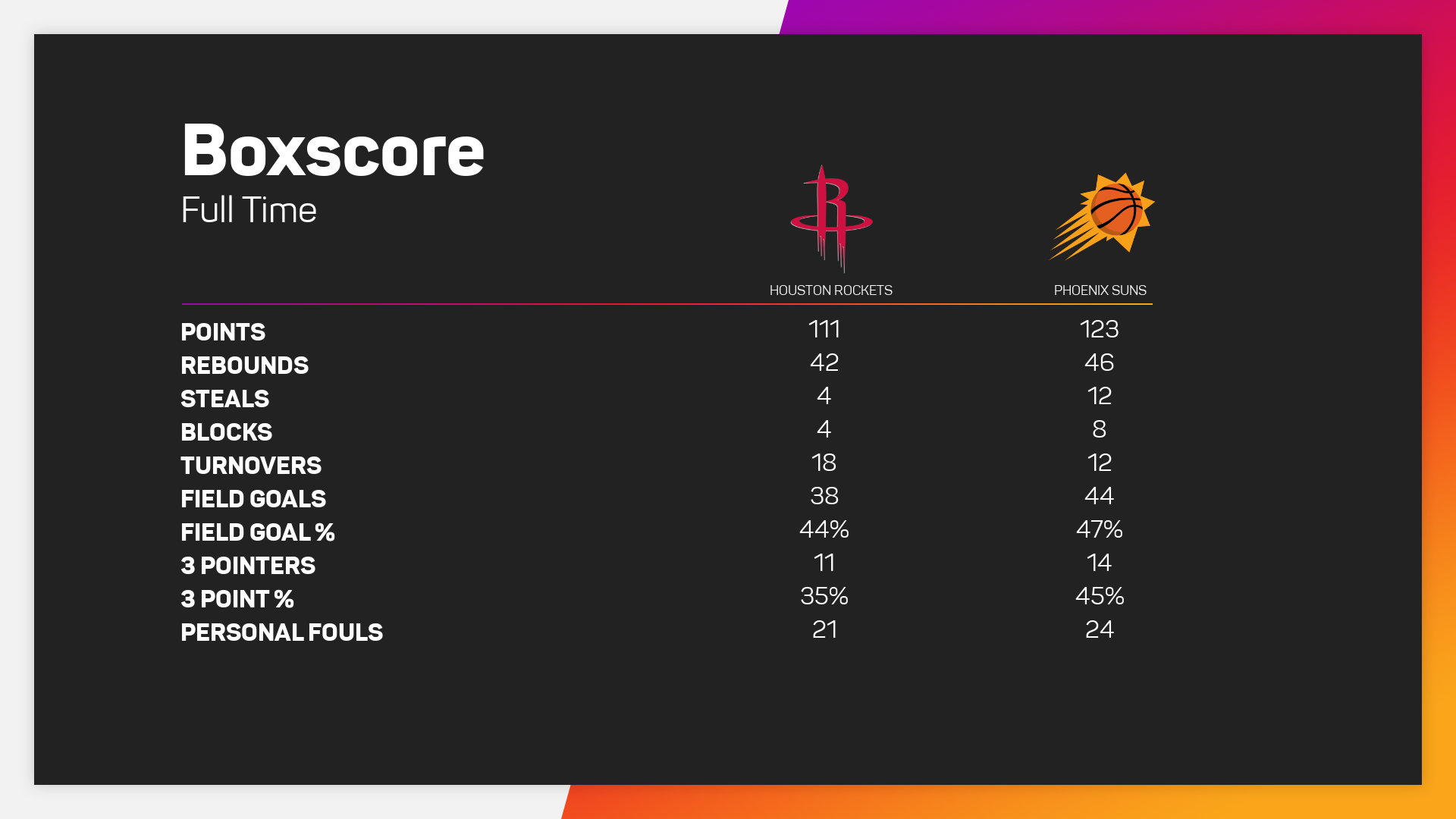 The Boston Celtics (4-5) have struggled for form this season, though they made a statement with a 95-78 win over the Miami Heat (6-2). Miami – top of the Eastern Conference prior to the game – had their worst scoring performance since January 2016.

The Philadelphia 76ers (7-1) moved to the top of the east thanks to a 109-98 win at the struggling Detroit Pistons (1-7). Seth Curry produced another stellar shooting display – going nine of 14 from the field – for 23 points. MVP runner-up Joel Embiid had 19 points and nine rebounds as he collected his 3,000th career board in his 268th game – the only 76er in history to reach the mark sooner was Hall of Famer Charles Barkley (253 games).

Playing without injured superstar LeBron James, the Los Angeles Lakers (5-4) had their three-game winning streak ended after being stunned 107-104 by the Oklahoma City Thunder (2-6).

Lionel Messi won the 2021 Men's Ballon d'Or, but a number of other prizes were also handed out at the prestigious awards ceremony.