Chris Paul inspired the Phoenix Suns to a 115-109 victory over the Utah Jazz as the NBA leaders matched their best start to a season in franchise history.

Devin Booker top-scored for the Suns with 33 points, but it was Paul's season-high 27 that got his side out of a hole against a shorthanded Jazz.

The visitors led 87-85 at the end of the first quarter at Footprint Center and moved to 95-91 early in the second quarter as they went in search of just a third win in 10 games.

But point guard Paul stepped up for the Suns by making his first five shots in the fourth quarter, including a couple of 3-pointers, as the hosts responded with 14-2 to take the win.

Monty Williams' side are now 37-9 for the season, equalling their franchise record from 2006-07, ahead of facing the same opponents again on Wednesday. 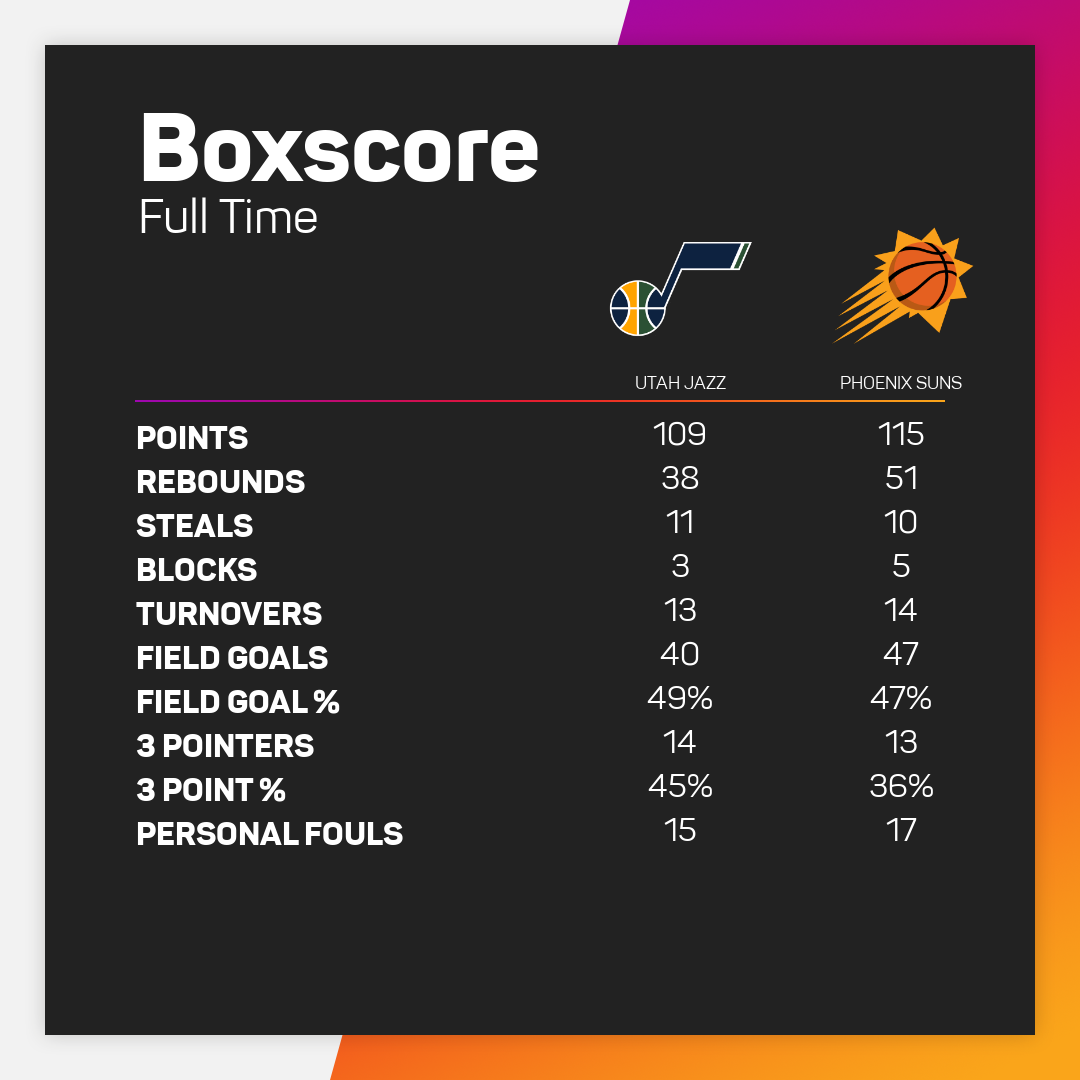 Cavs hold off Knicks thanks to Garland

Darius Garland tied LeBron James' streak of 10-or-more assists in five straight games for a Cleveland Cavaliers player over the past decade in a tense 95-93 win over the New York Knicks.

The 21-year-old point guard recorded 12 assists in total and added a critical late 3-pointer as the Cavs held off a late charge from the Knicks, who trailed 86-71 with 9:41 left in Ohio.

Kevin Love led the scoring with 20 points, nine of those coming in just over a minute in the third quarter, as the Cavs went 10 games over .500 for the first time since the days of James in 2018.

With his fifth straight 10+ assist performance, DG has tied LeBron James for the longest streak by any Cavalier over the last 10 years.

Elsewhere in Monday's action, the New Orleans Pelicans trailed for a large portion of the game but had enough in the tank to beat the Indiana Pacers 117-113.

Josh Hart played through the pain barrier to inspire the Pelicans with 22 points and 10 rebounds, adding to Devonte' Graham's 22 points.

The Chicago Bulls put a poor run of six defeats from seven games behind them by beating Oklahoma City Thunder 111-110 in a tense encounter.

Nikola Vucevic's 26 points and 15 rebounds were nearly not enough as the Thunder, who trailed by 28 points, missed a 3-pointer through Shai Gilgeous-Alexander late on to level the contest.

Four of the top five picks from the 2021 NBA Draft were named to the All-Rookie First Team, while two second-rounders made the Second Team.

What Luka can learn from LeBron, Harden and Warriors' other superstar playoff foes

Luka Doncic is not the first superstar to take on this Warriors team in the playoffs, but very few of the others have enjoyed success.

LeBron James has a stake in Liverpool, and the NBA great is in a confident mood ahead of the Champions League final against Real Madrid.

In a Twitter Q&A, LeBron James said Luka Doncic is his favourite player in the league.

Jamie Carragher had plenty to say on Jurgen Klopp and LeBron James after Liverpool made the Champions League final.

Budenholzer: Bucks have shown strength in depth without Middleton

The Milwaukee Bucks eliminated the Chicago Bulls without Khris Middleton and that came as no surprise to Mike Budenholzer.

Bucks and Warriors punch tickets through to second round

With wins against the Chicago Bulls and the Denver Nuggets, the Milwaukee Bucks and Golden State Warriors have advanced to the second round.

Zach LaVine and Alex Caruso will play no part when the Chicago Bulls attempt to keep their season alive in Milwaukee on Wednesday.

Milwaukee Bucks shooting guard Grayson Allen has delivered from the bench in Game 3 and 4 against the Chicago Bulls in the playoffs.

Nikola Jokic scored 37 points as the Denver Nuggets forced a Game 5 against the Golden State Warriors, claiming a 126-121 win on Sunday.