South Africa must take their frustration over officiating out on the British and Irish Lions when then they attempt to keep the series alive on Saturday.

The Lions roared back in the second half of an attritional first Test at Cape Town Stadium last weekend to take a 1-0 lead with a 22-17 victory.

South Africa director of rugby Rassie Erasmus has had a busy week since the world champions' seven-match winning run came to an end.

Erasmus accused the Lions of "reckless and dangerous" play and used social media to highlight "questionable calls" from the officials during an absorbing contest.

The 48-year-old fanned the flames further on Thursday, offering to "step away" in an hour-long video in which he stated the Springboks should be given an "equal chance" by officials in the remainder of series.

It was the turn of assistant coach Mzwandile Stick to have his say on Friday, accusing the Lions of “destroying the dignity of the series" by starting the war of words prior to the first Test.

Siya Kolisi then backed up Erasmus' claim that the Springboks captain felt disrespected by referee Nic Berry, who might be glad it will be New Zealander Ben O'Keeffe on duty this weekend.

The Lions have taken a different approach as they look to stretch their run of series without defeat to three for the first time since 1959, giving their backing to O'Keeffe.

Full-back Stuart Hogg said: "In the short time I've been Scotland captain Ben O'Keeffe has been one of the best referees I've had to deal with.

"He almost coaches you round the field at the same time. When we ask questions he's very calm in his answers and is good at communicating.

"That's a reason why a large majority of his games when he's involved are allowed to flow, you're allowed to get on with it, and he helped me massively in the couple of games we've had him when I've been leading the side.

"Everyone is entitled to the opinion of referees, but they have a huge amount of respect from us as players. I'd hate to do the job if I'm honest!

"But Ben O'Keeffe has been one of the best referees I've had the opportunity to deal with as captain."

South Africa have handed number eight Jasper Wiese his first Test start as one of three changes, with prop Steven Kitshoff steps in to win his 50th cap alongside the returning Frans Malherbe. 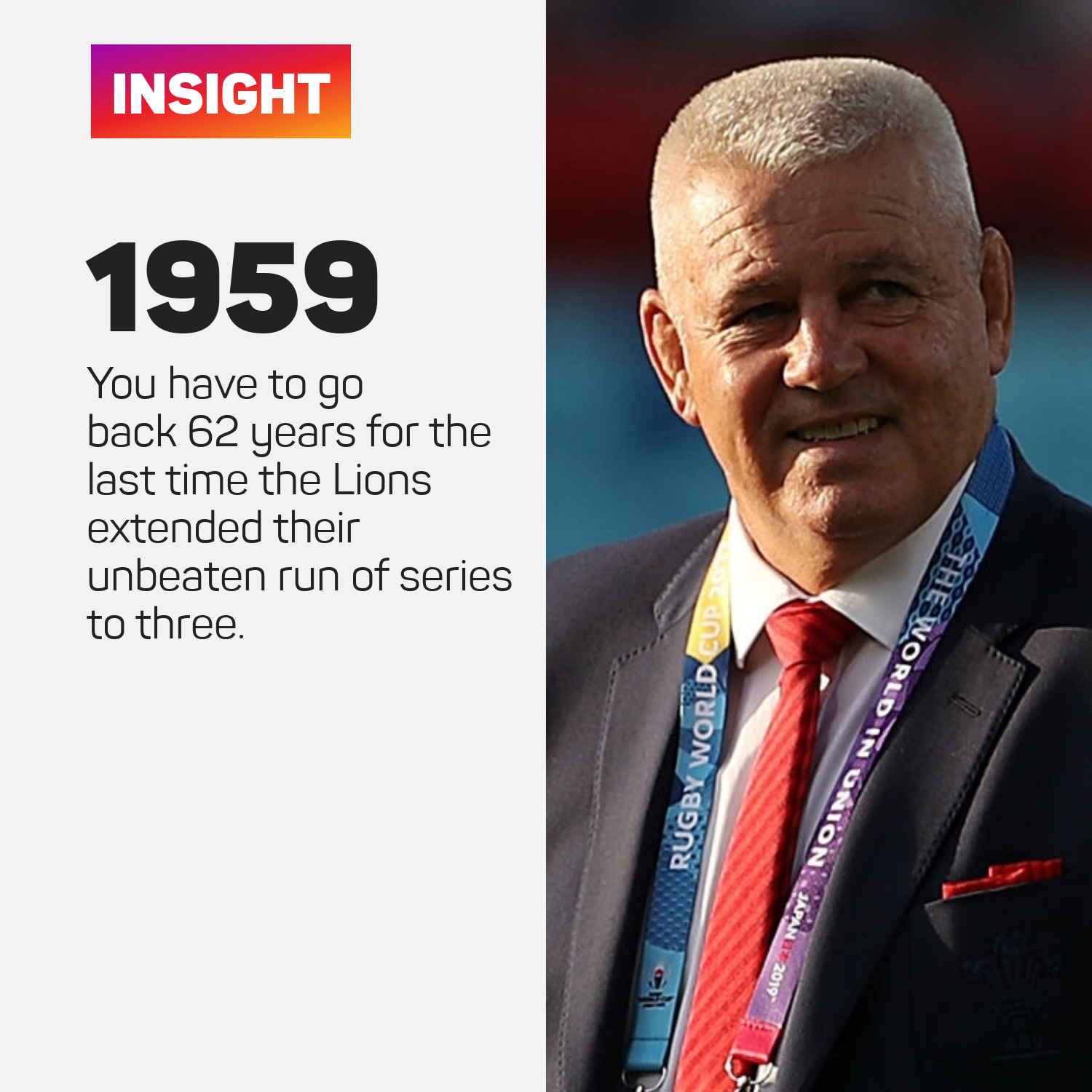 KOLISI: TIME TO STAND UP

While the hurting Springboks were quick to point the finger at the officials, skipper Kolisi knows they must improve after squandering a lead in the first Test.

"Of course, we feel a lot of pressure, but we must focus on what we can control and fix the mistakes we made," said Kolisi.

"We responded well this week and trained well, and we are looking forward to the match. We know we have to stand up in times like these."

He added: "There are some similarities to losing against New Zealand in our opening game in the World Cup, but this is different because this tournament is only played every 12 years, while the World Cup is played every four years, so we may not have another opportunity.

"We have to turn it up and we are looking forward to the match."

Robin McBryde has been looking back as well as forward as the Lions prepare for another almighty battle, reading up on the 1974 tour of South Africa.

The Lions secured a 3-0 whitewash 47 years ago, but they did not go down without a huge fight and forwards coach McBryde knows it will be no different this time around.

"They will go back to their physical nature. It’s what they did in 1974 after losing that first Test," he said.

"There's a term they have which means climbing in, to get stuck in. I'm sure that’s what they'll be looking to do on Saturday – to get stuck into us.

"They're a very proud nation who will be looking to come out with all guns blazing."

- The Lions have lost just two of their previous 13 games in Cape Town (W10, D1), a run that stretches back to the beginning of the 1974 tour.
- South Africa conceded 14 penalties against the Lions in the first Test, including nine inside their own half of the pitch; both tallies were their most in a Test since June 2018 against England.
- The Lions are unbeaten in their three Tests (W2, D1), their best run since a six game spell spanning the 1971 and 1974 tours (W4, D2).
- The tourists have lost just two series after winning the first Test (W10, D1) – against New Zealand in 1930 and Australia in 2001. They won four and drew one of their five such series against South Africa.