George Linde and Tabraiz Shamsi spun South Africa to a comfortable 33-run victory over Ireland in the first T20I of a three-match series.

Tabraiz Shamsi's 4-27 ensured a routine 33-run win for South Africa over Ireland to secure a 1-0 series lead in the first bilateral men's T20I between the two sides in Malahide on Monday.

Quinton de Kock's 20 off nine balls threatened a promising start but came to an end as he found Paul Stirling's hands off the bowling of Mark Adair and that laid the foundations for a stuttering first-innings performance from the Proteas.

The visitors lost wickets at regular intervals, with Rassie van der Dussen (25 off 18), Aiden Markram (39 off 30) and David Miller (28 off 21) all showing incentive before failing to capitalise as South Africa reached 165-7, a touch above the average first-innings score of 152 in Malahide.

Simi Singh (2-19), Josh Little (2-27) and Adair (3-39) were the pick of the Ireland bowlers despite the latter being bludgeoned for four consecutive fours by Kagiso Rabada in the 20th over, which leaked 17 runs.

Stirling hoisted George Linde's first ball of Ireland's reply for six but that did not prove a sign of things to come given he was immediately bowled around his legs by the following delivery.

Captain Andy Balbirnie's 22 off 16 balls offered minor resistance as he watched his side struggle to 38-4 at the end of the six-over powerplay, courtesy of two wickets for Lungi Ngidi's wickets and one a piece for Linde and Rabada.

Linde and the world's number-one ranked T20I bowler Shamsi then rolled through the hosts' batting line-up to take 2-26 and 4-27 from their respective allocations and restrict Ireland to 132-9, with Harry Tector's 36 off 34 balls and Barry McCarthy's lower-order cameo of 30 off 25 balls offering the smallest of boosts for Ireland's poor batting showing.

Spin it to win it

Singh's maiden ODI hundred proved in vain in the third ODI defeat for Ireland but he proved his worth with the ball in Malahide, producing an economical four-over spell that saw him go for just one boundary.

Linde enjoyed similar spinning success, though, it was Shamsi who stole the show once again for the Proteas.

The left-arm leg-spinner is the most economical bowler in T20I cricket since the start of 2020 and, barring a trio of wides and two avoidable boundaries, Shamsi displayed his quality as he frequently spun the Ireland batsmen into a tangle. 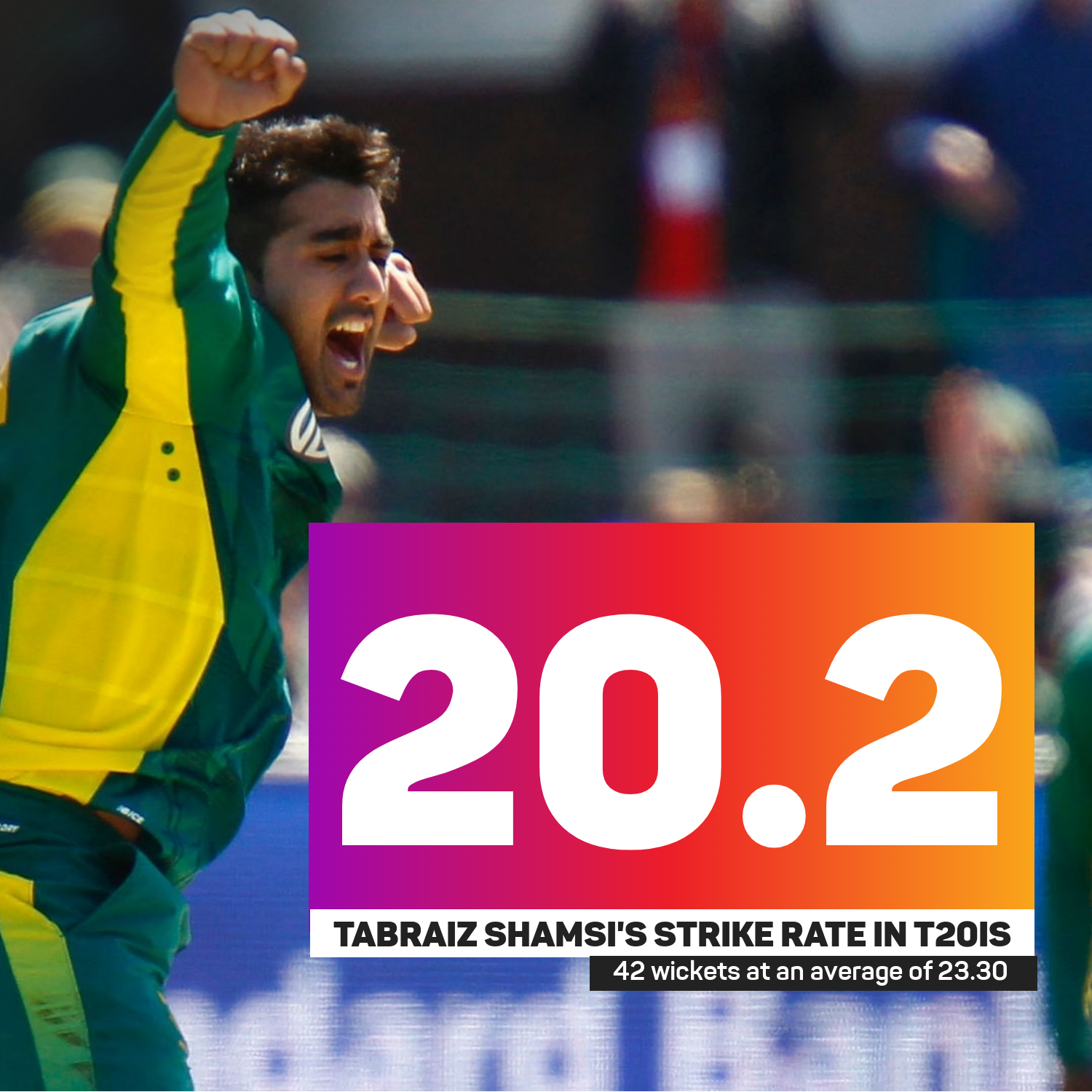 After playing five internationals and scoring just 27 runs, including a duck and three single-score returns, in 2021 heading into this match, Kevin O'Brien fell for another first-ball dismissal as he was caught and bowled by Rabada.

Turning out for Leinster Lightning in Ireland's inter-provincial T20 tournament, O'Brien has endured a lean domestic spell, too, managing a meagre 47 runs in six matches with a top score of 16.

O'Brien, scorer of Ireland's only hundred in the shortest limited-overs format, will be desperate to find form before the T20 World Cup gets underway in October.