South Africa will attempt to spoil Michael Hooper's record-breaking Australia appearance when the Springboks go on a Rugby Championship revenge mission on Saturday.

Hooper will captain the Wallabies for a 60th time at Suncorp Stadium, surpassing the number of times George Gregan led Australia out.

A special occasion for the skipper will come six days after Quade Cooper marked his international return by kicking a dramatic winning penalty against the Boks on the Gold Coast.

Holders South Africa were consigned to a stunning 28-26 defeat in Queensland and trail leaders New Zealand by five points.

Australia are unbeaten in six Tests against the Springboks on home soil ahead of the round-four showdown, after achieving their first win of this year's tournament last weekend.

The All Blacks have maximum points from three matches and can take another stride towards regaining the title by beating Argentina. 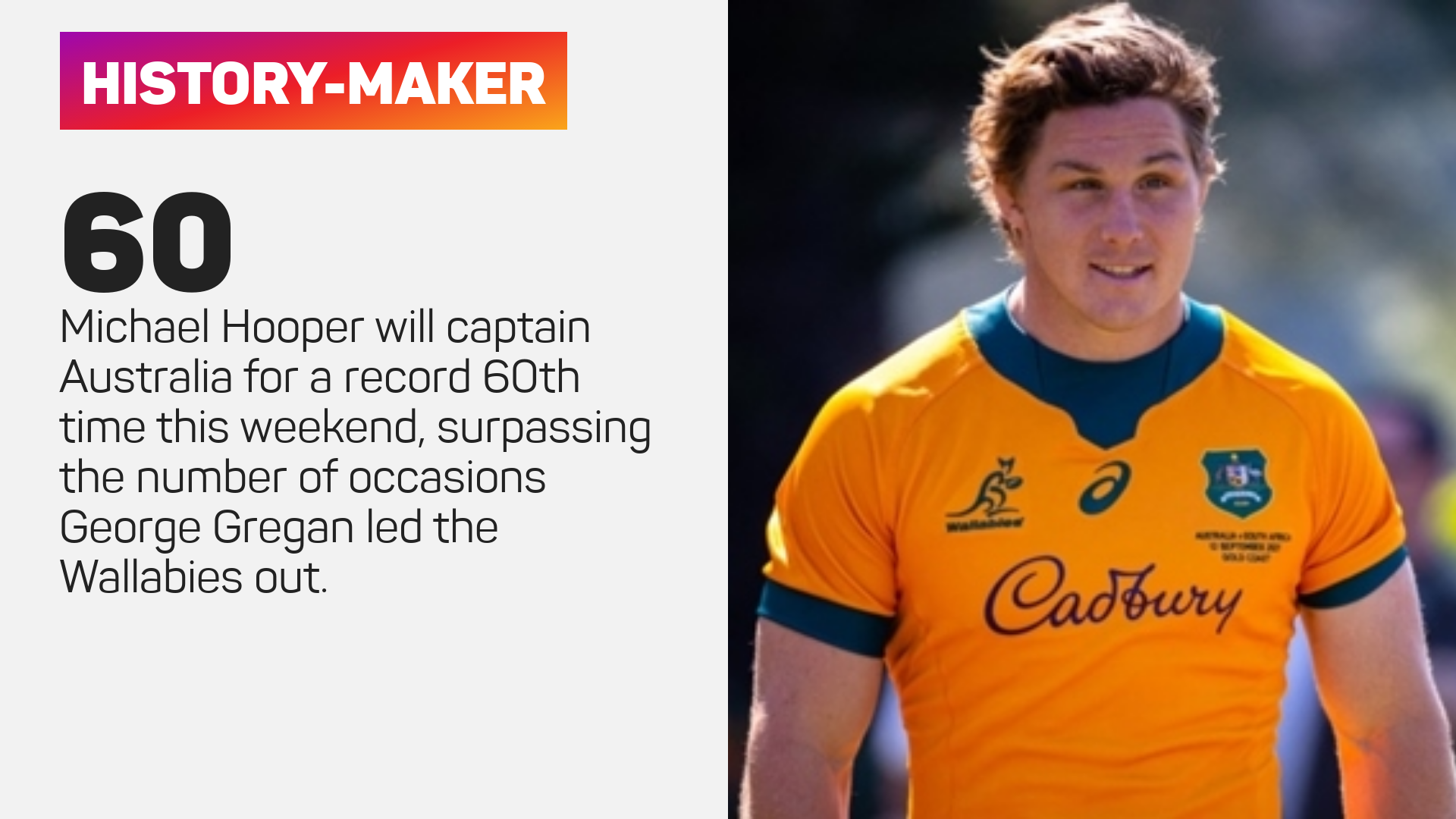 South Africa will be looking to avoid back-to-back defeats in men's Tests for the first time since November 2018.

Australia have not won back-to-back Tests since October 2019 and may need to show their staying power once again to get their hands on the Nelson Mandela Challenge Plate.

Dave Rennie's side have scored 27 points in the final quarter of games in this tournament, more than any other quarter of a match.

The wing is the joint-leading try-scorer in the tournament with three, alongside David Havili and Malcolm Marx.

With Lood de Jager absent due to concussion, Orie takes over at lock for South Africa.

De Jager has won a competition-high 22 lineouts, including three steals, so Orie has big shoes to fill.

The All Blacks dished out a 39-0 thrashing to Argentina in round three, Luke Jacobson scoring two of their five tries.

New Zealand have kept the Pumas scoreless in each of their past two meetings and have only failed to beat them in two of 32 previous encounters.

Argentina have lost three consecutive Tests, having lost only twice in their 10 prior to that run.

Joe Moody comes into a much-changed All Blacks side and Ardie Savea returns as captain, while Samisoni Taukei'aho makes his first Test start. Patrick Tuipulotu and Ofa Tuungafasi are also among the starters.

The versatile Damian McKenzie gets the chance to start a second Test at fly-half for the All Blacks.

Playmaker McKenzie can put on a show at number 10 and pull the strings in tandem with scrum-half TJ Perenara.

Pumas captain Julian Montoya won three turnovers in the defeat to the All Blacks last weekend and his tally of four is twice as many as any other player in the tournament.

Montoya has not missed any of his 40 tackles in the competition.

Fozzie chats about playing back to back test matches against the same opposition as he names his side to face Argentina in Brisbane.#ARGvNZL pic.twitter.com/A2dHCP5KcU

Not since October 2015 had the Wallabies enjoyed a five-game winning streak but they ended that drought by holding off Japan in Oita.

Alfio Basile is unhappy with how Mauricio Pochettino is utilising Lionel Messi and has criticised Paris Saint-Germain as a team.

James Pattinson has raised eyebrows by calling time on his Australia career at the age of 31.

Sean Wainui, who earned 10 caps for Maori All Blacks and also played for Taranaki, Crusaders, Chiefs and Bay of Plenty, has died aged 25.