Joe Root reached 6,000 runs in one-day action as he steered England to a five-wicket victory over Sri Lanka in the series opener at the Riverside.

England's Test skipper did not feature in the recent Twenty20 series between the nations but returned to international duty with an unbeaten 79, in the process putting Sri Lanka's below-par total of 185 into context.

Moeen Ali weighed in with 28 after coming in at 83-4, the home team having suffered a middle-order wobble after opener Jonny Bairstow (43 off 21 deliveries) had given them a flying start.

The impressive Dushmantha Chameera struck twice but Sri Lanka's slim hopes were hit by two costly drops, all-rounder Ali put down from his first ball by wicketkeeper Kusal Perera before Root was missed in the deep when on 36. England eventually eased over the line with 91 balls to spare.

Captain Perera had top-scored with 73 but the tourists never appeared to have enough on the scoreboard in the first of three ODI games between the teams.

Chris Woakes claimed two early wickets on his way to outstanding figures of 4-18, Sri Lanka – left with a depleted squad after three players were sent home for breaching COVID-19 protocols – quickly slipping to 46-3.

They recovered thanks to a stand worth 99 as the impressive Wanindu Hasaranga contributed 54 in combination with his skipper, only to then lose their last six wickets for just 40 runs.

Sri Lanka's cause was not helped by two run outs to wrap up the innings midway through the 43rd over, David Willey having backed up opening partner Woakes by taking 3-44. 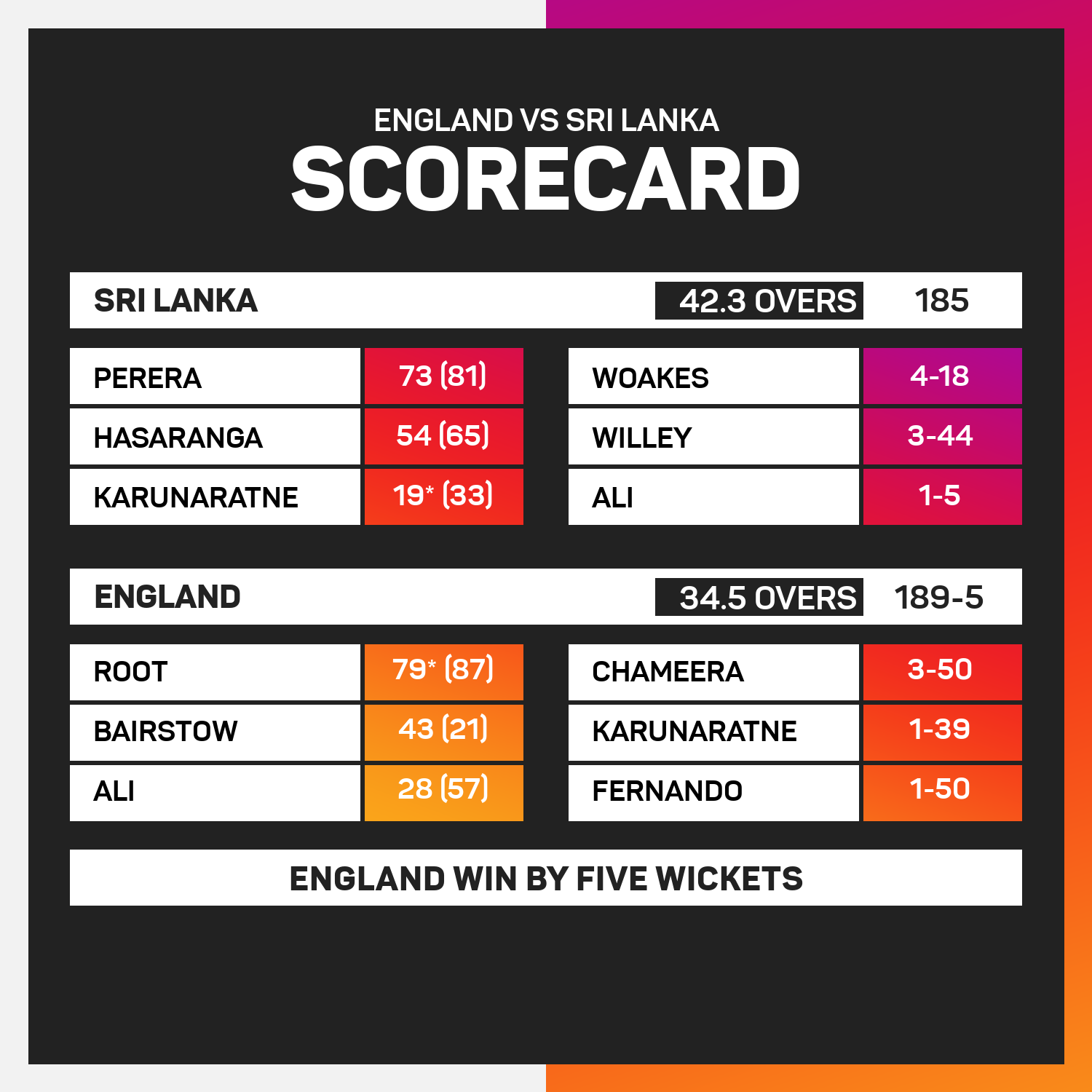 England held together by Root

Root is the second English batsman to register 6,000 runs in ODI cricket, with only Eoin Morgan (6,882) managing more. The right-hander reached the number in his 141st inning in the format, the same number as the legendary Viv Richards needed. Indeed, only Hashim Amla (123), Virat Kohli (136) and Kane Williamson (139) have done it faster.

Perera became the 17th Sri Lankan batsman to register 3,000 one-day runs, though only Hasaranga offered any real support. Seam bowler Woakes set the tone from the outset for England as he ended up bowling five maidens in an outstanding 10-over stint.